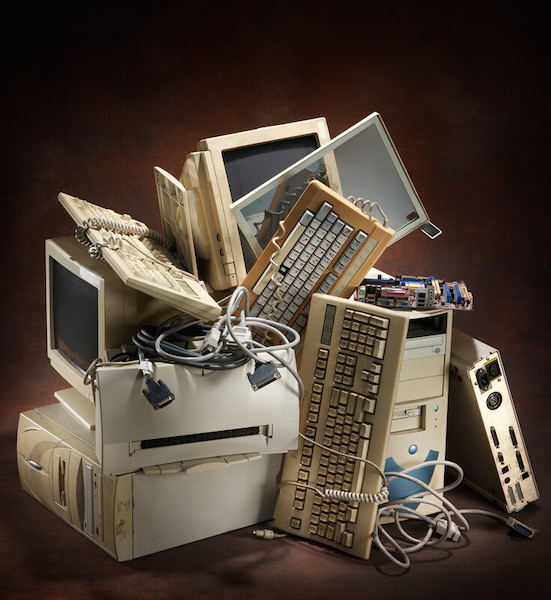 This post marks the beginning of an experiment. I will post sections of a work in progress—a book tentatively titled The Freelancer’s Survival Guide—here, on my website.

If you go back and read that original post, you can see how tentative I am about the whole concept of an online blog. Two friends, Michael J. Totten and Scott William Carter, had a meeting with me and Dean and talked to us about new ways of publishing.

In 2009, blogging—with a donate button—was new. This was before Patreon, before Kickstarter, before all kinds of innovations. And now, twelve years later, blogging the way that I do it has become…well, not passé, exactly, but not necessarily the preferred modern way to do things.

And it flies fast. I was going to commemorate the tenth anniversary of the blog, but Allyson Longueira, who runs our company WMG Publishing, got diagnosed with a brain tumor and was in surgery around that point. We weren’t sure if she was going to survive, and we had to keep the business alive at the same time.

Then, last year, on April 2—Well, you were all around in 2020. You know that’s when the entire world was shutting down. We were worried about survival once again, and certainly not in the way that we expected.

So here we are in 2021. Most of us are excited about getting a vaccine. We’re using words like “opening up” and “returning to some semblance of normal,” because the past year has been anything but.

Reflecting on that time and those changes is almost impossible. Trying to imagine this world from the perspective of 2009 is well, I’m either afraid I would have believed me and panicked or (more likely) I would have reacted like the character in Julie Nolke’s YouTube series “Explaining The Pandemic To My Past Self.”

Really, when you think about all that happened since January of 2020, well, yeah. Really hard to believe.

But the pandemic was easier to live through because of innovations we didn’t really have in 2009. The Kindle was just premiering then. We didn’t have Zoom. We didn’t have much social media (maybe that’s a good thing?) and we certainly weren’t as connected online as we are now.

The changes are astonishing.

Just today (as I write this), I got an email from a friend who is very invested in traditional publishing. He’s worried about how something he published will play “in the field.”

I stared at the email. What field? I wanted to ask. Because you can play in the remaining sandboxes of traditional publishing, but that “field” has gotten narrower and narrower.

Since it’s no longer a monolith, and it’s possible—no, better—to publish without it, the very idea of worrying what the curators think startled me.

Yet, when I reread the original post that started this entire publishing blog, I see that attitude underlying every sentence.

I was writing a blog that would become a book, and doing so with the online support of the readers. I honestly didn’t think anyone would read the post, let alone send in a few dollars to back what I was doing.

Yet, in the end, blog readers supported the entire Freelancer’s Survival Guide, which evolved into something huge, because of questions. Those initial donors got the ebook for free from me as a thank you.

This, in the days before Patreon. I sent a PDF via individual emails to hundreds of people. It took almost a week to get all of the emails out, something I can do with a couple of clicks on Patreon now.

I also can use BookFunnel to deliver the ebook in whatever format readers prefer. (Remember the format wars? Remember how we argued about open formats versus closed formats? Remember the problems with design and tables of contents and, God, just about everything?)

I transitioned from writing the Freelancer’s Survival Guide to a general publishing business blog 18 months after that first post, and haven’t looked back.

I didn’t make that transition because I needed the money. I did it because the world was changing so rapidly, I needed to analyze what was going on. I do that best when I’m writing about it.

(In the early days of the pandemic, I started revising the Guide, but life got in the way. I’ll be continuing that later this year…on the Patreon page.)

The changes haven’t really slowed in twelve years, but they have bifurcated a lot. Now, we all have our niches. I want to learn some things about publishing. I don’t know as much any more about the nitty gritty of actually uploading things because I’m not doing it. I own a publishing company filled with really good people who do a lot of the detail work without my input because they’re so much better at it than I ever would be.

Although there were times in the past two years when I worried that the company was in danger—first with Allyson’s illness, and then with the economic crisis caused by the pandemic. I knew I could learn about the changes.

If anything, indie (self) publishing has become…well, not easier, but more streamlined.

As I noted above, we can do things with one or two mouse clicks that would have taken all day in 2011. And might’ve been impossible when I started this blog in 2009.

I’ve been trying to wrap my brain around this post for days and days, and I’m only sure of a few things:

I still have a career when so many of my peers do not. This spring has apparently been about some kind of life review for me. A writer who is doing a history of the sf magazines had me read the chapter about my days editing The Magazine of Fantasy & Science Fiction. He has the facts right, but so much is not there.

Since this culture is different, the struggles that I had as the first female editor of the magazine that I had never talked about —the viciousness and the abuse and the sexism—would now be things I could discuss on social media, and actually get some support for. Back then, I had a few friends I could talk to, but mostly we knew I had to take it or walk away.

I walked away eventually, but not because of that. That sexism and nastiness was just part of the air in the 1990s (and the 1980s and the 1970s and…y’know). I had little recourse.

This spring, I also ran a Kickstarter to jumpstart my continuation of The Fey series, which I’d been putting off because—you guessed it—I had to review everything. As I’ve been reviewing it, I realized that so much of my experience of that series comes from the behind-the-scenes difficulties in traditional publishing. (I’m blogging about this on my Patreon page, and that blog will be a book eventually.)

And then I had to assemble another book, Stories from Pulphouse: The Hardback Magazine, which is where my editing career started. What astonished me, in addition to how much time had passed, was how far my colleagues’ careers had come…or how long ago their careers stalled.

Not to mention how many of my friends/colleagues/mentors had died in the intervening 30+ years.

I had a good mainstream traditional publishing career in the 1990s. The industry more or less imploded at the end of the decade, and I was surviving in the remnants by 2009. It was tough; I wasn’t sure how I was going to keep making a living at my writing at that point.

If the Kindle hadn’t come about, if the ebook revolution hadn’t happened, if indie publishing hadn’t taken off, I’m not sure I would have continued making a good living at my writing. I probably would have made some kind of subsistence living with the fiction, and done something else on the side.

Or, hell, I don’t know. I do know that at one point, around 2007-2008, I considered taking a radio job as news director of a local radio station…until I saw the salary. Even with a diminished traditional publishing profile, I could have earned that entire salary in a month or two as a published writer, doing a lot less work.

I’m doing a lot more work now, but my earnings are greater than they’ve ever been, and my opportunities are through the roof, like they are for all of us.

The nifty thing about indie (self) publishing is that it continually opens doors rather than closes them. There are more opportunities than I can discuss here, more ways for writers to realize their dreams than there ever were in my writing lifetime, and that trend has only grown in the past twelve years.

Rather than explore each of the changes in this post—not that I could, because there are so many—I’d rather hear from you in the comments. What was the most revolutionary change for you in the past decade or so? What bit of technology? What piece of advice? What realization?

We’ve all gone through a massive rethink in our publishing attitudes. Let’s take a tiny dive into what that really is and means.

You’re the best part of this weekly blog.