Business Musings: Grief And The Writer

Business Musings: Grief And The Writer 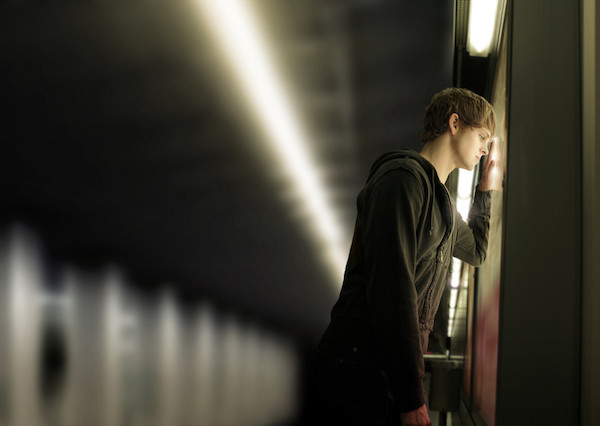 I wasn’t going to write this, but my muse, stubborn wench that she is, kept throwing out sentences like flares into the darkness that is my mind.

On March 26, my older brother passed away. It was a surprise, even though he was nearly 81 and not in the best of health. There were good odds that he would die long before me: he was twenty years older, male, and a chainsmoker for most of his life.

However, there’s a difference between “good odds” and what actually happens. For example, there was a period there, before we moved to Las Vegas, in which I might’ve been the first one to go. My health had cratered in those days to the point where I nearly didn’t make it. Thank heavens for the miracle cure of the desert.

Also, my family is long-lived. And my brother was, in his own way, a strong presence in the family. He was The Rusch—the oldest male, which in the generations before ours, meant something super important.

(For the record, he was not happy being The Rusch, and pushed against it most of his life.)

When he went into surgery, everyone—and I do mean everyone, from his kids to his doctors—expected him not only to survive, but thrive.

And it didn’t happen.

Even though all the signs were there, I went to bed the night before his passing confident he’d make it through what was proving to be a difficult recovery. When I woke up, there were two missed calls on my phone from family on the East Coast. I didn’t have to call back to know what they would tell me.

His death has hit me harder than I thought it would. My brother and I never shared a household. He was in college when I was born. In fact, my mother used to say I exist because my parents drove my brother to college in September. Apparently, my parents had a good time on the drive back.

He was more of a favorite uncle than a brother. We had a lot in common—similar interests and similar pressures. I was raised essentially as an only, after the second wave of feminism, so my father believed that I too could be more than a wife and mother. (He raised my sisters to be that, expecting them to get a college education, but not really expecting them to use it.)

Over the decades, my brother and I stayed in touch in a casual way—recommending books, exchanging information about family history, and, during baseball season, commenting on the strange things going on with the game.

I found myself floundering, off-balance, and uneasy. I knew that this was coming, also knew it would have no day-to-day impact on my life, and yet…I’d never experienced a world without him in it. And, as Dean pointed out, my older siblings have in some ways been the older generation, the way that most people’s parents are. That little barrier between me and death.

And it’s made me reflect a bit on grief.

2020 and 2021 have been grief-filled years. I’ve lost friends to COVID this past year, and friends to other diseases. I’m not counting how many people I know who died because if I do, I might collapse into a puddle.

I’m sure you’re all going through that as well.

And then there’s the loss of the world that was, which we all slowly dealt with as the realities of the pandemic hit and we realized this damn thing wasn’t leaving any time soon.

We are, as I’ve blogged before, slowly emerging from the rubble into whatever this new world is going to be.

Sometimes deaths hit hard and do so unexpectedly. Some deaths, which I thought would be difficult, were relatively easy to go through. For example, I had done my grieving years before my mother’s death in 1997. She and I did not get along and I slowly moved myself out of her orbit, so that when she passed, I was more perplexed that she was no longer in this world than I was sad.

(There’s more to it than that, but that’s a relatively good summary.)

The loss of some friends, though, has been earth-shattering. I’ve found myself in tears or filled with rage or both that they are gone. I’ve gone through the entire grief wheel on some of them, and I know those were just practice rounds for the loss of the best friends—if I do outlive them.

The death that hit me the weirdest, though, was my father’s 31 years ago. For months, I couldn’t write or read. I would get home from work and sit in front of the TV, watching movies that I had rented. Words simply blurred on the page.

It was scary to lose that ability, especially since his was the first major death I had experienced. I was afraid I’d lose my reading and writing ability with every important death.

So far, I’ve been spared that torture since then.

This one is hitting harder than expected, but I am finding refuge in reading and writing and storytelling. Although, baseball is making me kinda sorta angry right now. Probably because I can’t share it.

Dean keeps telling me to give myself time, which is what I would tell me if I were a friend. I know he’s right. But I’m impatient.

I want the icky emotions to pass quickly, especially now that the world is slowly opening up. I want to enjoy life again, but part of that means dealing with the darkness of the past year plus.

I have no advice here. I have nothing except the acknowledgement that each death, each grief, is different. I do know that many of you have told me you’ve been unable to write this past year. I also know that some of you wrote more than you ever imagined. And both groups mentioned that they thought their response was a way to deal with the turmoil—and in some cases—the grief of the pandemic.

These messy emotions are something we’re all going to have to find our way through. I’m not exactly sure how or what will be on the other end. I’m looking hard at books about the 1920s right now, but I’m looking for something specific.

I’m looking to see how the country, the world really, came out of the 1918 pandemic and all of the death from World War I. What kind of impact did that grief have and what legacies do we still have?

Yeah, I’m nothing if not analytical. It keeps me sane. I’d be 100% brain if humans could be designed that way.

But they aren’t.  I’m not. Which means dealing with the tough emotional stuff.

This blog is part of that, as you’ve probably guessed.

I’m processing, and not happy about it. I’m working slower than I want to, and I’m not sleeping well, which is not a surprise.

I’m resisting the urge to revamp my schedule. It’s too soon for that. Because I’ll just frustrate myself. I know myself that well, at least.

So it’s a daily trudge, and probably a familiar one to some of you. Most of you, probably.

Because the weird thing about this past year plus is that we have all gone through similar experiences at the same time. That only seems to happen once a century or so. Lucky us that it happened in our lifetimes. (Add your favorite sarcasm emoji here.)

No real conclusion here. Just an acknowledgement that sometimes life throws a curveball. Sometimes you can hit it out of the park. And sometimes the damn ball smacks you in the knee.

“Business Musings: Grief and the Writer,” copyright © 2021 by Kristine Kathryn Rusch. Image at the top of the blog copyright © Can Stock Photo / curaphotography.

20 responses to “Business Musings: Grief And The Writer”