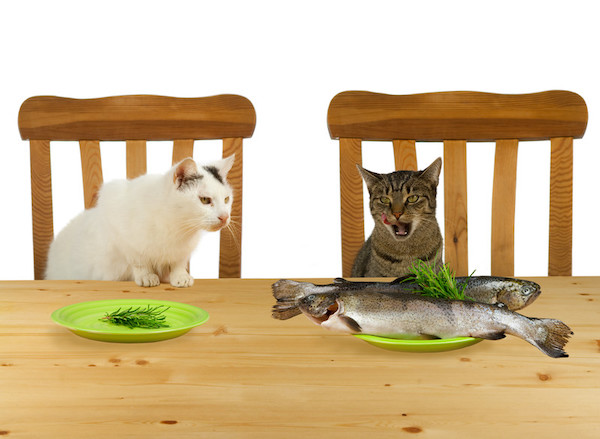 When I started these posts, I mentioned that the most fearful part of our industry is the movie/TV industry. With so many jobs and so much money at stake, only a handful of people seem capable of making decisions in that industry, and even they do so with great fear.

The most courageous part of our industry is the indie (or self-published) writer. By jumping in, alone and armed only with a belief in themselves, indie writers are able to get their books to readers and have careers.

Indie writers know they can learn business as well as craft. They’re willing to learn what makes a good cover and a good blurb, how to handle cash flow, how to be patient, and how to create great stories for a large majority of readers.

Indie writers are, in some ways, the superheroes of our business. Out there, bringing good books to readers wherever those readers are, rather than trying to shove readers into some kind of weird mold.

But indie writers often forget that they’re strong and courageous and filled with a belief that if you publish it, the readers will show up.

FOMO, for those of you who have too much to do to keep up with all the acronyms of the internet age, means Fear Of Missing Out. We all know this feeling. We’ve learned it at our parents’ knees. As little kids, we learned that some kids got invited to the cool party and other kids had to stay home. Some kids got the latest greatest toy and other kids are told “we can’t afford that.” (Or my parents’ favorite, “Why would you want that? Everyone else has it. Let’s get you something original.”)

FOMO gets worse in the teen years, and kinda sorta dies down when people have kids of their own—for lack of time, if nothing else. But at that point, that full adult point, people end up with what we in the States call “Keeping Up With The Joneses” syndrome. You’re competing with your neighbor for the best house, the best car, the best job…

Yeah, sounds a lot like FOMO in grown-up clothing. (And really, I’d like to meet the Joneses some day. I want to know how they stay ahead of all the trends.)

Jane Friedman reminded me of FOMO in the indie community when she started her new section in the Hot Sheet, Trendspotting. She wrote about the 150 newsletters she currently gets, listed some start-ups, and added, “What seems clear is that not all of these efforts will produce meaningful results; there’s a lot of FOMO decision-making right now.”

She’s right about FOMO in the audio space. Heck, FOMO seems to define the indie writer movement, because someone is always doing better or is claiming to do better.

That’s the thing that bothers me the most. The claims. They’re mostly bogus. The people who screamed at me whenever I wrote a blog recommending that indies be patient, learn craft, go wide with their sales, and do minimal (but smart) marketing are almost all gone now.

Most of those people wrote some really successful books. Those books sold thousands of copies per month, and then…one day…they didn’t. Because what goes up must come down.

Writing is like any other business. It has successful months and unsuccessful months. Certain things are hot for a while and then they’re not, and the masses have moved to some other hot thing.

What actual businesspeople know is that you must ride the wave that sudden success brings, and expect that wave to crest. The cool thing about waves in publishing, though, is that after they crest, the books that created the wave will sell at a higher level than they did before the wave.

For example, let’s say Writer A publishes a series that sells only 10 copies per book across 5 books. Then Book 6 comes out, at the same time as the hottest TV show on streaming is in the same subgenre. Because Book 6 is new, it hits the algorithms on places like Amazon and more people see it.

Suddenly, the series sells 1,000 copies per book, and Writer A thinks she’s rich! (That’s what happened to many of those screamers.) But the wave only lasts so long. Eventually, the readers move to the next hot thing. (In the past few years from Game of Thrones to Outlander to Bridgerton, for example)

The series sales ease down. They don’t plummet, but they have moved on from the peak. Eventually, they end up at 1000 copies per month across six books.

The new book (book 7) will sell at larger numbers because fans will want to see it. That’ll create a small wave, and the plateau will be slightly higher (another copy per book per month?) going forward.

Writers who understand this will survive. Writers who don’t will make decisions based on the 6,000 copies per month, and will end up broke and unhappy and unable to write anything else.

Seems like pretty straightforward business, right? But there’s a FOMO aspect to this too, and it’s usually caused by the first-time lucky indie author.

That indie author believes that everything they did except writing a great book is what caused the surge. So they give advice: If you do exactly what I did, then you’ll have the exact same success.

Indie writers all try to replicate the success, and of course, it doesn’t work in the same way. It works for some of them—and for a lucky handful, it might work better. But for the rest of them, it falls on the graveyard of bad marketing attempts.

Here’s the truth of it: Each writer is different. Each book series is different. And let’s get even uglier here: the same writer, writing a different series, won’t have the same result as they did with the previous series.

What’s different? The type of series, but not the writer. The timing. Sometimes all that success is because of what’s in the zeitgeist at the moment of that promotion or weird schedule of book releases or that highly successful podcast.

That’s why these groups of writers who try to replicate each other’s successes by all trying the same thing can be so very toxic. The writer who tries and fails at whatever the newest, hottest marketing trend is, believes that their writing is at fault.

Because the marketing is the same, right?

That belief leads to more FOMO. It also leads the writer to do desperate things, like hire a “developmental editor” which is a big, big, big scam. Write your own books, people.  Don’t have a nonwriter mess with them.

FOMO also leads to the writer abandoning what they love about writing (say, a lower-selling online genre like mystery) for shape-shifter erotica, a genre they hate. Then writing becomes a job, one that causes a lot of anxiety and frankly doesn’t pay as much as making lattes at Starbucks, at least for most folks who are caught in this treadmill.

At the end of May, Dean wrote a blog about all the things that kill a writer’s career. I suggest you look at it. Almost everything he discusses there comes from a writer making fear-based decisions, not from a writer trusting her gut and writing what she loves.

They hire editors who hate their vision. They hire marketers or spend too much money on ads or never release anything at all.

That courage that brought the writer to indie in the first place? It gets buried under the fear. The fear results in rules—You must only write one book per year and rewrite it to death, for example, or you should be exclusive to Amazon or you should spend every dime you make on marketing.

All three of the things I listed are wrong, and the indie writers who are working out of fear know that deep down. But they can’t stop. Mostly, they end up consuming all that noise from the other writers who can’t see beyond one online bookstore (Amazon) or that there are other ways to make money and sell books (from crowd-funding to bundles to Patreon to…God, I don’t know, a million other things, with more being developed each and every day).

Growth-based decisions might make you anxious, but they excite as well. You can sense the opportunity.

In fact, if the smart indie writer looks around, he’ll see that there are so many opportunities right now that he won’t be able to tap all of them. So he—or, rather, you—should find the ones that are right for you.

Those opportunities won’t be the right ones for me. In fact, they might not interest me at all.

And that’s a good thing.

Instead of looking around jealously, wondering why everyone else is successful but you, log off those sites filled with those writers whose intent is to make you envious and write the books you love. Then put them up for sale, and write another book. And another.

And get back to being courageous. Get back to loving what you do.

You know how to be that writer.

Time to recapture that feeling, and move into the future, instead of being stuck in someone else’s past.

If I had had FOMO, I would have quit this weekly blog two or three posts in. I learned about the success of blogging (which is so ten years ago now) from a writer who used to be one of my students. He outearned me by factors of 10, just through his blog, yet I was more established.

What was wrong was that I had moved into a new medium with a product that didn’t have the kind of online following his did. Over time, I established this blog and I’ve developed enough of a following f or it that I’m continuing it even though blogging is so ten years ago.

This blog continues to be reader-supported.