Business Musings: Putting All Your Eggs in One Basket: Amazon Edition

Business Musings: Putting All Your Eggs in One Basket: Amazon Edition 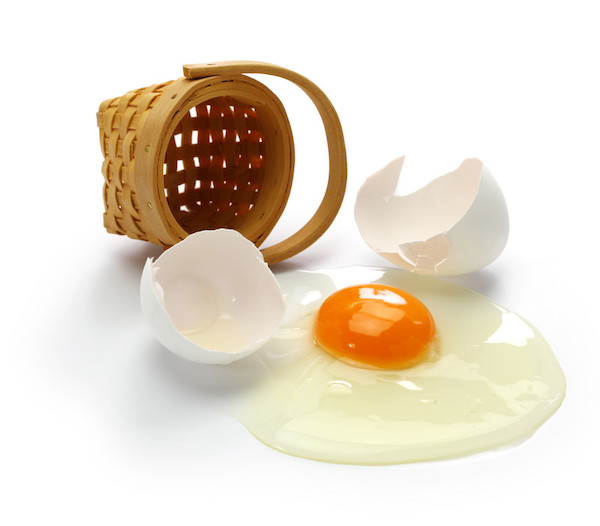 I’m putting up this post in the middle of the fear sequence as it appears on my website, not because the post fits in the fear cycle, but because I don’t want to monitor the news for weeks to see what, if anything, has changed.

On June 9, here in the States, Democrats in the House of Representatives introduced a package of five bills which theoretically have bipartisan support. In a nutshell, the bills are aimed at stopping anti-competitive practices among the tech giants. Some of the provisions could even force companies like Amazon to break apart into smaller units.

Now, realize, that here in the U.S., just because a bill gets introduced doesn’t mean it will pass. It needs to pass both houses of Congress, and then the President must sign the bill into law. If the President refuses, Congress can override his veto…with enough votes.

In other words, there’s many a slip twixt cup and lip. The bills as proposed will not see the light of day. They are a draft of what’s to come, if, indeed, enough Congress critters can agree—and if enough Senators vote to pass the revised bill with at least 60 votes—and if President Biden signs whatever we end up with.

So why am I writing about this now?

Well, because we are going to conduct a thought experiment. For a decade now, I’ve been railing against writers who go exclusively to Amazon. I’ve been say, as clearly as I can, that as a business person, you should never, ever, ever put all your eggs in one basket.

Back in the early days of the new world of publishing, indies from the Kindle Boards would screech over to my website (usually on a Saturday) to call me stupid and ignorant, especially when I “attacked” Amazon.

Amazon is too big to fail, they said. Amazon will be around forever, they said.

And it didn’t matter how many examples I gave them of too-big-to-fail companies that did, indeed, disappear, they didn’t listen.

Those indies are mostly gone now, not because Amazon failed, but because they burned out or didn’t understand what kind of success they actually had and therefore gave up.

But for every screamer who left, another took their place. Usually quieter, and often just as dismissive. They’ve now moved to other places to share information because they know I’m inhospitable to exclusivity and Kindle-only. They’re stuck in Amazon’s algorithms, believing their writing careers are safe.

When these writers “go wide” as they call it, selling their books on sites other than Amazon, and lose Amazon’s exclusivity and “page reads” and deals, their income goes way down. Because these writers don’t understand that they need to build a new audience on each platform.

Building audiences takes time, but it protects against the eggs-in-one-basket problem.

But Amazon is too big to fail, right?

It might not “fail.” But regulators have already dinged Amazon overseas where the antitrust laws are much more stringent than they are here in the U.S. Those laws, many of them in the E.U., were, in my opinion, the handwriting on the wall. But I didn’t blog about it, because most writers don’t understand their own business, let alone the practices that lead to anti-trust violations.

When a company gets hit with antitrust violations, there are a lot of remedies. Breaking up the company is one. Forcing the company to divest itself of parts of its business that help it create a monopoly is another. And there are so many more.

On June 11, Michael Cader, of Publishers Marketplace, explained what these bills as written might mean for book publishing. One bill, the Ending Platform Monopolies Act, applies only to companies worth at least $600 billion dollars…like Amazon. The Act “eliminates the ability of dominant platforms to leverage their control over across multiple business lines to self-preference and disadvantage competitors in ways that undermine free and fair competition…” making it illegal for the “platform operator[s] to own, control, or have a beneficial interest in a line of business other than the covered platform that utilizes the covered platform for the sale or provision of products or services.”

“For Amazon,” Cader writes, “that would likely mean divesting most arms of their publishing octopus, including much if not all of Audible, plus Brilliance, Amazon Publishing, Kindle Direct Publishing, and probably CreateSpace. It might apply to divesting AbeBooks as well.”

Sit with that for a moment. Amazon might have to get rid of everything that makes their indie publishing arm possible. Amazon could do a few things with it. They might sell the pieces. If those arms aren’t making a lot of money (in corporate terms), they might simply shut them down.

That’s not a big deal for people who are wide. They’ll still be able to publish.

This is why writers should never ever ever put their eggs in one basket.

You exclusive folks have no control over the company that provides all of your income. You have a freelance career, sure, but it’s based on the status quo, and if that particular bill passes, the status quo is gone.

The other bill, the American Innovation and Choice Online Act, would also have an impact on indies, particularly those that are Amazon only.

I’m just going to use Cader’s pull quotes here, since he really does very little editorializing, except at the end. (Although the choice of quotes is instructive.)

Here’s how he describes that Act:

The Act “prohibits discriminatory conduct by dominant platforms, including a ban on self-preferencing and picking winners and losers online.” In particular, it prohibits conduct that “advantages the covered platform operator’s own products, services, or lines of business over those of another business user.”

Significantly, covered companies may not “interfere or restrict a business user’s pricing of its goods or services.”

And it would keep Amazon from putting its thumb on the scale of their various promotional levers, blocking, “in connection with any user interfaces, including search or ranking functionality offered by the covered platform, treat the covered platform operator’s own products, services, or lines of business more favorably than another business user.”

There’s so much to unpack here. Note that this act covers pricing and promotion and, once again, competition. Instead of the Amazon ecosystem favoring Amazon, it would have to level the playing field in all areas.

That would mean, indies, there’s no competitive advantage to being Amazon-only.

Amazon itself would survive. If the American Innovation and Choice Online Act is the only one that passes, then all those publishing services would remain intact, but the promotional deals that favor only Amazon products—and yes, your exclusive book is an Amazon product—would disappear.

All the advantages you have at Amazon would disappear if either of these two Acts pass in the current form.

This is why I didn’t want to publish this post weeks from now. The tampering will begin.

I only wanted this as a thought experiment for those of you who are stuck in Amazon exclusivity.

What do I recommend for those of you who are Amazon exclusive? I recommend that you watch this legislation for one thing. For another, I would start—slowly—divesting yourself of the exclusivity at Amazon.

I’d take my lowest performing works and pull them out of the exclusive ecosystem, going wide with them. I’d focus on promotions outside of Amazon for those particular products. I’d learn how to be a business person without Amazon, so when the Amazon ecosystem changes—and it will—you will be prepared.

I have watched countless writers go under when the book publisher goes bankrupt. I  have watched non-publishing businesses go down because they have, essentially, one client and either that client stops paying or that client goes out of business.

Or maybe the appetite for bringing down these tech giants might be greater than I think. There’s already bipartisan support on this. The tech giants got a bit too big for their breeches, according to the political class. That’s a bad, bad, bad thing. It means that throwing money at the U.S. Congress might not help at all.

(The tech giants have been throwing money at Congress to prevent just this thing for years. It seems to be less effective now, and not just because the Democrats are in power. I think we hit a tipping point in 2020 with tech influence, and the political class got scared.)

The system Amazon built that has—as a sideline—benefitted some exclusive indie writers will change in the next five years. I can guarantee that.

The indies who act now to slowly go wide will survive.

Those who cling to the old ways of doing things—exclusive, through Amazon—will lose their entire business, maybe sooner rather than later.

“Business Musings: Putting All Your Eggs In One Basket: Amazon Edition,” copyright © 2021 by Kristine Kathryn Rusch. Image at the top of the blog copyright © Can Stock Photo / bruhum

20 responses to “Business Musings: Putting All Your Eggs in One Basket: Amazon Edition”