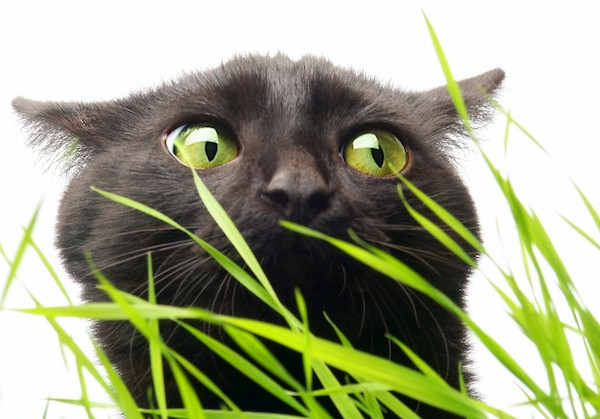 Because we writers are a fearful bunch.

Maybe it’s because we live in our heads all the time. We make things up for a living, so that habit bleeds into our lives. Most of us keep that part of ourselves under control. We manage to walk out the door every day, without encountering an axe murderer or an alien in search of our leader. We might have an overactive imagination, but we have an outlet for it, one we use on a daily basis.

It doesn’t matter if we are writers striving to succeed in traditional publishing or writers who work 100% in indie (self) publishing, we all have fears to climb over when it comes to craft.

And, it seems, once we conquer one fear, another arises.

Early on, before we have an audience, we write for ourselves. We write for the fun of it. We don’t care if someone else wrote a similar character. We don’t care of our plot is reminiscent of the last novel we read. We just write and explore and have a good time.

Then we share our work and people start to comment. A good half or more of those comments are negative. Another quarter are politely unenthusiastic. And we start to doubt the veracity of the remaining quarter. Did they actually like it?

So some of the fun leaches out, and in its place, critics take root. On some level, we all want to be popular. We all want others to like us. And since our work is an extension of us, we want everyone to like our work.

Or to love it. Or to praise us as the best thing since sliced bread.

We start seeking outside help to become more popular (or as many of us say, “to get better”) and somewhere in that effort lies an unspoken choice: We have decided, for better or for worse, to put our work out into the world.

After all, we could have continued to write for ourselves. Filled hundreds of pages with musings and stories and lovely characters, all for us only. But nope, those of us who actually have writing careers now crossed some kind of barrier and headed out into the real world with our fiction.

And invited in fear.

The fears are legion.

In craft they often are:

Yay! But in traditional publishing, that’s a bad thing because they have no idea how to market it. In indie, it’s a good thing, but writers are terrified because they’re alone. Often writers who do something different start a cool trend…and wouldn’t you like to be at the cusp of a trend rather than the tail end of it? (And note, once again, all of these are marketing concerns, not craft concerns.)

That sentence comes from somewhere deep, usually in childhood, where we learned about forbidden topics. That’s one which requires a lot of work, just like its corollary, You can’t talk about that.

Much of what we write about isn’t usually discussed in polite company. But you’re not going for polite company. You’re going for an intimate relationship with someone you’ve never met, a reader, who reads your words in private and has their own private thoughts about whatever you wrote. Think not of that reader, but of your inner reader. How would you have felt if you read a book on this topic? Thrilled? Excited? Understood?

Sure you can. Most likely, someone else told you that you couldn’t write about that. Ignore them. They’re wrong. In this modern world of publishing, you can write about anything.

Clear the critic. Write the book. Anything really does go in 2021.

Yeah, they might not. They might give you a one-star review because this is the first non-series book you’ve ever written.

First, this is a marketing concern.

Second, this is a problem you trade up for. Remember when you would have been happy to have readers?

Third, if your current readers don’t like it, too bad. You’ll get new readers. Honest, you will.

Finally, the readers found you because you followed your own muse. Trust that.

Truly, there are as many fears about craft as there are writers. You have yours, and I have mine. And sometimes those fears grow worse the more successful you are. You start playing it safe, which is not why you became successful in the first place.

It’s also not why you write.

The example I use with my students is this.

When you’re a toddler, you want to do everything. Toddlers are the most vulnerable creatures on the planet. They put anything they find in their mouths. They run into traffic because it looks like fun. They touch hot stoves and slice their hands with knives and jump off tall shelves (that they shouldn’t have climbed in the first place).

Toddlers explore and giggle and have a great time, until they injure themselves in terrible ways.

Parents exist to prevent their children from dying. Otherwise we would procreate and move on, like turtles or fish. But no, we’re there to make sure our little progeny make it to adulthood.

So when their kid is a toddler, parents mostly say, “Get that out of your mouth!” “Don’t touch that!” “Stay beside me and hold my hand.” “Don’t go there.” “Put your clothes back on!” and a variety of other such sentences, often in the same half hour.

Parents put that critical voice in your head when you’re a toddler to keep you alive. So all of your critical voice choices feel like life and death, even when they aren’t.

Because you’re not a toddler anymore.

All those things that make you presentable and safe within society should vanish when you walk into your writing office.

The critical voice has no place there. Go into your office and have fun.

Be a toddler, which means focus on the now, which is the writing.

Let all those business concerns, all that marketing, all those publishing rules, go away. They belong to the future.

Have the kind of fearless fun that the littlest of children have.

That’s who you are as a writer, underneath the do-nots and should-nots and the what-ifs.

Your writing will improve. Your willingness to write will grow.

Your fears won’t entirely go away, but they will ease.

And writing should be the place where you go to have fun.

“Business Musings: Fear and All Writers (Fear-Based Decision-Making 7),” copyright © 2021 by Kristine Kathryn Rusch. Image at the top of the blog copyright © Can Stock Photo / red2000.