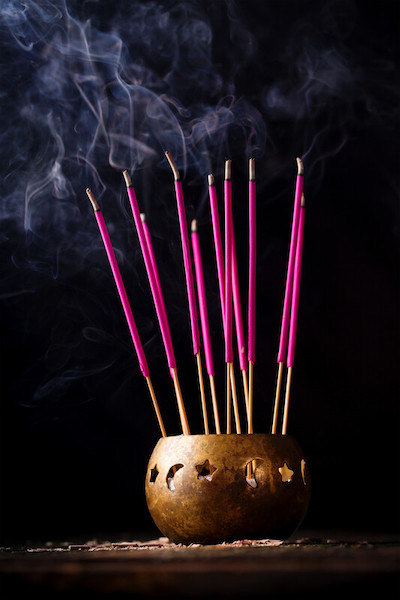 The other day, I had a meeting in someone else’s office. Dean and I both walked in and immediately got enveloped in some kind of horrid fragrance. We were wearing masks, thank heavens. I immediately asked the woman we were meeting if we could go into the hallway of the building or onto a balcony. Midwestern girl that I am, I might have apologized for inconveniencing her.

Even though my eyes immediately watered, and I could feel a bad reaction coming if I stayed, we went into the hallway, had our meeting…and after I washed my face, I had no lasting ill effects at all. That’s amazing to me.

That brief moment was a reminder, though, that even though I seem really healthy most of the time, if I make a mistake, I will get very sick again.

There are many differences from the past, the biggest being that I’m no longer having a slow-moving allergic reaction to my environment (mold, all over Lincoln City), so I’m baseline healthier.

It took me a while to figure out that I no longer have to plan my days with an eye to brain fog. I used to plan on brain fog about 6 hours into my day, and after that, I could do very little. My brain still shuts off with an audible clunk about an hour before bedtime, but that’s been a feature of Kris since I was very little. That one ain’t ever going away. When my brain is done for the day, it is done.

Still, I can now write fiction at any point in the day or evening. I can write nonfiction the same way. I run in the mornings because I live in Las Vegas, and running outside at any point other than dawn in the summer is…um…ill-advised.

Taking my classes taught me that once again, I can multitask. It took about half a year to apply that lesson back to the writing. Once again, I’m healthy enough to work on multiple projects at once, which is good, because I need to.

It’s June as I write this , so I am revising my work plan for the rest of the year. (That’s normal.) And to hit my goals, I need to focus—hard—on each day’s word count as well as the other projects I’m doing. As with school deadlines, I have to prioritize—emergency, do it daily, leave it to last. Some things rise up the priority list as time goes on, and every now and then, a project shoves its way to the top.

I hadn’t realized how much I missed being able to work on more than one thing at once. I finally feel like I’m accomplishing a lot, which is a great feeling.

I’m also looking toward the fall/winter. Last June, even though we were in the middle of the pandemic, Dean warned me to watch what I planned in the fall, because we were in an election year. He has known, from watching me for decades, that I get very involved in American presidential elections—even those with stakes lower than the stakes in 2020.

He proved right. The election was a focus, almost as if it had been another class.

This year, I don’t need him to tell me that the fall will be purposely insane. Everything will be back here in Vegas (barring an unforeseen set-back). I’ve already signed up for classes, and I’m starting in on the runs.

It looks like there will be a run per week until the end of the year, which isn’t as time-consuming as it sounds, since I run 5 days per week anyway. The time is built in. But the socializing afterwards—which will be back on the board—is not.

(I’m thinking of putting a team together for The Great Santa Run, so ask me the name of the team if you’re planning to come to Vegas in early December.)

There’s 20BooksTo50K, which we’re speaking at, and a lot of friends will be in town for that week, so that’s booked already.

Then there are the concerts. So far, I have one per month planned. And add to that the plays (at least four before year’s end) and a few movies, and my social life has taken over the spot held by the election last year.

That will be a lot more fun, believe me.

As in the pre-pandemic past, those things will form the framework for the second half of the year. You’ll note there’s nothing in the summer. Not one blessed thing. Vegas didn’t know it was reopening as fast as it did, so not much got scheduled (in concerts, etc.).

Runs are for the insane in the summer. (Yes, there are several. They’re all in the actual desert, outside of town. No, I’m not that crazy.)

What this means is that summer gives me a chance to get ahead on various projects, and bank them until the holiday season. I’ll get another break in late December, early January, when I will—of course—reassess.

I probably wouldn’t even be blogging about this process, except that I had scheduled two blog posts for this week, and it’s Thursday, and I haven’t gotten to either of them.

The post I want to write is a bit complicated, and I have no brain for it. None. Rather than let it slide, since I’m a couple of posts “ahead,” I figured a process blog—which many of you say you like—would help.

I also came up with a second on my run this morning, but that too will take a bit of explaining. Not as much as the big post I’d planned.

We’re moving to a different condo in the next few weeks, which is taking some focus. Movers this morning, movers tomorrow morning. Packing what little needs to be packed, and figuring out where things go.

In Lincoln City, I would have had to write these days off as lost days. That’s no longer an issue…as long as I never forget to be vigilant. If, for example, I had decided to tough it out in that smelly office a few days ago, I would still be sick and getting nothing done.

We all have parts of our lives that can derail us, whether it’s a chronic illness or day-job related tasks or friends and family needing some support. Figuring out to be flexible is part of a freelancer’s job.

It has taken me years to learn that trick that Dean mentioned so casually about the election last year. Any distraction that can be foreseen needs to be placed into the framework for the year—and then you have to work around it.

I hadn’t expected the moving part, but it’s in the schedule now too. I guess my subconscious knew that something would schedule itself for the summer.

I had kinda thought it would be visitors, set free from their COVID prisons. We’re getting those (one every two weeks or so). Like theater and concerts and runs, the visitors are a welcome, happy distraction.

I’m now lucky enough that I can have a distraction per day, and still meet my goals. I’m aware of what a luxury that is.

And I still marvel at it, each and every day.

7 responses to “Business Musings: Surprising Summer (A Process Blog That Touches On Writing With Chronic Illness)”