I’ve had a bit more time to read in July than I had in June, although it has truly been crazy around here. I’m hoping that August won’t be quite as insane.

I read a favorite author who is known for twists as we moved. I could only read a bit here and a bit there, and I got lost a lot. I realized that his characters are very shallow, and he was probably the wrong choice to read in such an interrupted fashion. Even though the fault may be mine, I’m not going to recommend the book. I learned something, though. If the book requires a lot of concentration, it is not something to read while preoccupied with other important things.

Because everything was in boxes, I didn’t get to read as much short stuff as I usually do either, and that includes magazines. What news I read was mostly Covid-related, because I’m still watching the science, although not as vigilantly as before.

However, the new condo has lots of good reading space, which I’ve already taken advantage of, so I have high hopes for August.

Here’s what I liked in July. 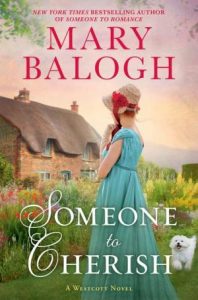 Balogh, Mary, Someone To Cherish, Jove, 2021. I learned my lesson. I needed something with strong characters to make it through the rest of the move. Fortunately, Mary Balogh had a new book and it was in the series I’d been reading. It was also about a character I was interested in, Major Harry Westcott.

The book is truly intriguing, because she uses a slightly different style. She writes from the point of view of all of the Westcotts in more than one chapter. She touches on each of them—what they’re thinking about the current state of affairs, what they plan to do about it, how they hope things will turn out. It adds a lovely measure of suspense to the book. It also enabled me to forget a major plot point, and so when that appeared, I was quite pleased.

A good addition to the series. It’s okay to start here, but really, I’d begin with the first book, Someone To Love, if I were you.

Malcolm, Janet, The Journalist and the Murderer, Vintage, 1990. Well, this is not the way social media fans think promotion should go. But, sadly, Janet Malcolm died this year, and every single obit included a mention of this book which has, apparently, become a staple of journalism classes. The book was published ten years after my first (and only) J-school class, so I had been unfamiliar with the title. I have liked Janet Malcolm’s work for decades, and figured I would read this one.

It’s a tricky little volume about ethics in journalism, featuring a rather icky character, Joe McGinniss, who was very famous at the time. (Last I heard of him, he’d moved next door to Sarah Palin to write about her during her stint as a V.P. candidate. I have no idea if that book came out, but I do remember how icked out I was, and still am, by all of his work.) He wrote a very famous nonfiction book about the Jeffrey McDonald case. McDonald murdered his family in the early 1970s and McGinniss’s book made him a celebrity. McDonald later sued McGinniss for misrepresentation among other things. (McDonald had invited McGinniss to be part of the defense team (!) to write a favorable book about him, and McGinniss instead became convinced that McDonald was indeed a murderer.)

Malcolm deals with the lawsuit, and the tricky question of how journalists handle their long interviews, as well as noting that she was doing something similar as she wrote her piece. The only thing that mars the book are the references to discredited Freudian psychological ideas. Those do date the book in some surprisingly bad ways, which makes me surprised that the book is still taught in university.

Nonetheless, it’s an interesting read, very much of its time.

Press, Joy, “Promising Young Women,” Vanity Fair, Hollywood Issue, 2021. If you’re one of these people who wonders what all the fuss about diversity is about, you need to read “Promising Young Women.” Joy Press looks at female movie directors of the 1970s, what happened to them and to their projects over the decade. Some of those projects—seminal works — have finally been released in the Criterion Collection (hence the article) but others never got any recognition. A number of the women left the movie field altogether, often because the men in charge never understood why the ideas the women proposed were any good. And…many of those men also had the movies secretly recut by a male film editor and/or director. The cuts harmed the films tremendously, making them “incomprehensible.” The article doesn’t say, but it seems to me that the harm was deliberate, so that the women would be chased out of a business they “did not belong in.”

Read this one. I gave you the link, above. 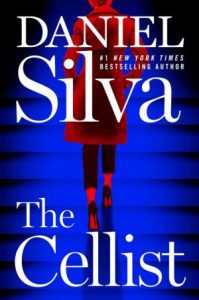 Silva, Daniel, The Cellist, Harper, 2021. I’m impressed as hell with Silva. He writes for traditional publishing and pushes everything to the limits. He writes about current events, although his Gabriel Allon series takes place in an alternate timeline where the Vatican has been blown up (not kidding). So sometimes he writes about now, and sometimes he doesn’t. But I had a hunch he would write about the 2020 election, at least, although I didn’t know how.

Well, this is from his afterword: Needless to say, I did not set out, in the late summer of 2020, to write a novel that featured an insurrection inspired by an American president and an inaugural conducted under the threat of armed assault by U.S. citizens. But in the days following the Capitol siege, I resolved to include the near death of American democracy in my story of Russia’s relentless war on the West. I jettisoned my existing ending and rewrote much of my manuscript in a span of six weeks.

Which meant that his publisher had to act fast as well. Everything hinged on a million publishing pieces going right. Which they clearly did.

What stuns me is that the book is so good and does hold together. I have some quibbles with the end, and I’d love to see the original, but what the hell. The events of January 6, for those of us who don’t always think in terms of catastrophe, stunned us and are still stunning us.

This book could have gone very wrong, just because of its timeliness, and it did not. I can’t say it’s the best thing Silva wrote, but it certainly is engrossing. It is also timely. I went back to it with a lot of anticipation, trying to see what he was going to do.

And a note for those of you who have been complaining that writers shouldn’t be political. (Seriously. Read outside your comfort zone, people.) I’ve been aware for 20 years that Silva and I fall across a political divide. The Trump Administration proved to me that the divide separates us doesn’t matter at all when Democracy is at stake. I’d love to return to a time when we can disagree about policy, not about whether the U.S. should be an authoritarian state or one with its democratic institutions intact. I think the jury is still out on where we’ll end up, but it sure is nice, from my left-wing perspective, to read the work of a conservative author who believes in the same fundamentals that I do.

I hope those fundamentals will still be intact as he writes his next few books.