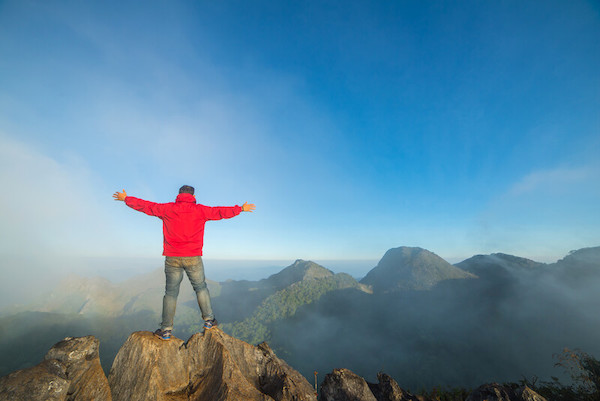 21I spent the morning researching things like BookTok and NFTs for writers and Substack. I was going to write about each, but you know what? I don’t want to.

When I started blogging, it was something that everyone did because that was the way to attract readers to your fiction. You could make a living by writing a blog.

But folks were making a small fortune blogging about topics not being covered by the mainstream media. Eventually, though, that niche went away or it disappeared behind a paywall like Patreon. Now that paywall includes Substack, which I am truly interested in.

I had planned—weeks ago—to learn all of this in depth, so that I actually could cite articles and experts and do a good analysis of the changes happening in the digital sphere.

I didn’t do any of it, I thought for lack of time. But I managed to research some other things which are important to my career and I also managed to learn some new skills that I will continue delve into. So really, lack of time isn’t the issue.

Lack of priority is.

And I realized, that’s where the blog is, as well as the end of this particular series of posts.

When I started blogging in 2009, the indie world was small and contained. I wrote about that in the previous blog.  In indie publishing, rather like traditional publishing, we were all doing the exact same things, because there wasn’t much more to do.

New things came on the scene, and we all analyzed them. Sometimes we made group decisions about them (you have to try BookBub!) and sometimes we did our own thing, after a lot of analysis. But we were talking about the same programs or opportunities.

As new things proliferated by 2014 or so, those of us in the blogosphere tried to keep up. The problem was that many of those new things would disappear shortly after we researched them. I got paid $4000 by an app developer around that time so that he would design an app based on my Fey books. And then he literally disappeared. He paid me, said he started, and poof! gone as if he had never existed. (And he paid me by check, so he wasn’t trying to get my bank account information.)

Stuff like that happened all the time. And eventually, I started to tune out some of the new. It was either keep up or get my writing done. For some reason, I preferred writing.

A friend of mine who makes part of their living off online work advising people what to do with their indie publishing opted to do something different. They just interviewed everyone about every bit of new tech. My friend did not investigate the tech or even use most of it. The upshot of it was that my friend knew about the newest latest thing, but rarely used it themselves.

That put them in almost reportorial mode even though they had started off only interviewing things they recommended. And, let me say as a former journalist, the problem with reportorial mode is the one that I mentioned above. Journalists are, by definition, generalists. Their knowledge of damn near everything is only an inch deep.

I’ve done a number of blogs in reportorial mode, particularly as the indie publishing world expanded eight or so years ago. I never felt good about it.

I started this blog years ago to report to you all, yes, but also to inform myself. And I just don’t feel informed yet about some of the new things. I welcome comments about them, though.

What I’m doing here is digital triage. I learned this as the indie publishing landscape expanded. At some point, I had to focus my time and resources on what I could do—or what my publishing company, WMG, could do. (They’re doing a lot more than I could, right now.)

My priority is, as you all know, writing, and getting my work out to readers, whatever that takes. Everything else—including massive promotion—is secondary or even tertiary.

I’ve been intrigued by TikTok for years now. I’m truly fascinated by BookTok, but I haven’t investigated it. I don’t even have a TikTok account—yet, anyway.

I’m really fascinated by NFTs. I know a number of photographers who are my age. They’re digging through prints of decades-old photographs, with the thought of turning them into NFT. One of the photographers told me he was doing so at the behest of his granddaughter who explained an NFT to him like this:

He said it took him a while to understand that, because he liked holding things in his hands. But his granddaughter owns very little physical stuff. Her entire world is online, and so is her collecting.

That’s part of jumping across the digital divide. We need to understand that different people have different levels of digital awareness.

Just because someone is young doesn’t mean they live entirely online. The internet gap between rich and poor in the U.S. alone is still large, even after regions boosted internet accessibility in 2020. The gap between rural and urban is also large. I have no trouble with internet, generally, because I live in a city. WMG, which is still located on the Oregon Coast, has outages almost every week.

And then there are gaps between countries, which I discussed last time. Sometimes those gaps are vast.

As writers we get so caught up in the thinking that “everyone” is doing this trendy internet thing or has tried that really fascinating digital thing, when in reality, the “everyone” we’re talking about might be “every writer I know” or “everyone on my Twitter feed.”

We build small communities whether we’re aware of it or not, and those communities influence what we do.

My communities have been too narrow, and I’m trying to broaden them as the pandemic eases. I’m doing this physically and digitally. But I’m still not able to delve into too much detail on the latest, coolest thing.

So here’s how I weed my way through the new stuff.

By waiting, a number of things usually happen. A bunch of people will jump in ahead of me. Because they’re writers, they will write about their experiences good and bad. From them, I learn what to do and what not to do.

Their analysis also helps me develop a timeline for my own work. That’s extremely helpful.

Yes, that means you’ll only be able to try a handful of new things per year. And that’s good. It keeps you from jumping from fad to fad without ever adding anything good in your arsenal.

Let me go back to how I started. I started blogging about the industry 12 years ago, when blogging was a fad. I’m still blogging, because it still works for me, although many, many, many other things are different.

I’m no longer following a fad. I’m no longer part of a trend. I’m actually doing something Old School now. Which is okay. It’s the same thing I was doing earlier.

Some of the things I tried in the past 12 years have not panned out. Others hang on because I like them. Some I’m only doing half-assed (I’m still not entirely satisfied with my handling of my Patreon account. I keep planning to fix that). A large number of the things I tried lie broken on the dustheap of history.

We all have places where we jump the digital divide. Some of us do so earlier than others. Some of us prefer to jump only when we can see what’s on the other side. Some of us just jump, no matter what else is going on. And some of us pace back and forth in front of that divide, hoping someone will build us a bridge so we don’t have to jump.

All of those methods are good. Figure out yours, and stick to it.

But remember the one thing that hasn’t changed as the internet has grown, expanded, altered, and shaped our lives: We’re writers. We write. If something gets in the way of the writing, it does not belong in our toolbox.

This very ancient blog has been reader-supported from the start. You folks have enriched my life in countless ways. In 2009, I wondered how the blog would work. Now I wonder how I could work without you.

“Business Musings: Research and Learning and Blogging,” copyright © 2021 by Kristine Kathryn Rusch. Image at the top of the blog copyright © Can Stock Photo / casanowe.