It’s been an interesting reading month. I started reading a book on West Side Story, which looked truly interesting. It was unbelievably boring, but I finished it anyway. I’m not usually that completist. I think it simply points out how tired I am and how unwilling I was to look for something new.

I read a lot of court cases and stuff in Spanish. I read a few novels that are so forgettable that I can’t even find them, let alone remember what they are. I also worked on a massive short story collection that I’ve been reading all year. I’m not going to recommend the book, although I might at times recommend stories. The book contains too many stories (from the 20th century) that are racist AF. I mean breathtakingly horribly awfully racist. The conceit of the book gives the editor the excuse to include them and, if I’m being charitable, I wonder if he’s even read them in the years since his first reading. Sometimes the stuff we read as teenagers and as kids isn’t quite what we remember. Still, the book is difficult, but it’s the only place where I’ve found some of the good stories, so I’m going to complete the entire thing.

So here are a bunch of essays and articles that I read, as well as two novels that really stood out above the handful that I either finished and didn’t like much or disliked so much I quit in the middle. You know I’m getting tired when court cases are substituting for fiction…

Diamond, Krista, “How A Colony of Feral Cats Welcomed Me to Las Vegas,” Desert Companion, Summer, 2021. Lovely little essay about the feral cats downtown. There aren’t nearly as many here as there were in Lincoln City, but the ones here are urban dwellers, used to dealing with cars and people and other hazards. As Diamond learned her little corner of the city, she also took care of some of the ferals. It’s a short read. Then poke around the site and look at the photography contest winners. They’re lovely too.

Gardner, Eriq, “Disney has an Avengers-Size Legal Problem,” Hollywood Reporter, September 27, 2021. Here’s how you learn copyright informally. You read articles like this one. Dean’s been talking about the 35 year rule for years, and here’s the rule in action. Disney might lose partial ownership of some of its biggest characters if these lawsuits are handled poorly. I suspect Disney will settle, because they handled the first of these lawsuits poorly, but what do I know. This will fun for us copyright geeks to watch–and important as well for all writers.

Haws, Stephanie, “Finding a Voice, Against All Odds,” On Wisconsin, Spring, 2021. A program for non-traditional students at the UW is now old enough to show long term results. It helps people whom many others didn’t think had a chance—or people who themselves didn’t think they had a chance. Read this. It’ll make you feel better about the world.

Long, Harvey and Whitmire, Ethelene, “Running From Race,” On Wisconsin, Spring 2021. An ultimately sad article about  librarian Louise Butler Walker who passed for white, and all of the compromises she had to make throughout her life. She graduated from the UW in 1935, which tells you the time frame here. This history isn’t long behind us, and articles like this serve as a reminder of the inequities on our culture.

Mayes, Aaron, “East Fremont,” Desert Companion, Summer 2021. Bikes! Sorry, had to start with that. Because a group of cyclists that started riding the Strip when it was shut down and which has now grown to hundreds who ride around the downtown every Wednesday night got me through the pandemic. Either I or Dean would shout, “Bikes!” and there they were. And they’re here in this essay too. The essay is a little slice of life about my neighborhood. It’s lovely, and, well…it has the bikes. 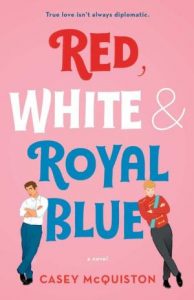 McQuiston, Casey, Red, White, and Royal Blue, St. Martins Griffin, 2019. I have had this book on my shelf since 2019, but I couldn’t bear to read it. Written about an alternate world in which a white woman with biracial children wins the presidency in 2016, the book is, in part, a love letter to the possibilities of American politics, something I really, really, really couldn’t handle until Trump got out of office. (I was terrified that if he got a second term, the country that I loved would vanish.) After the election of 2020 and the inauguration of Biden, which was not guaranteed, I felt like I could read the book, but I still wasn’t picking it up. So I did what I often do in these situations: I assigned it for the students in the romance study-along.

Which meant I had to read it, eventually. And of course, I read it at the very last minute. It’s a first novel, so there are some rookie mistakes. McQuiston believes we all know what the inside of the palace and the White House looks like. Her setting and depth is great in other locations, but those, where the bulk of the action takes place, are missing. She does a few other things that grate, and show she needs more practice.

But…wow. The dialogue is sharp. The characters are smart and funny and sincere. The stakes are as high as I’ve ever seen in a romance novel. Two young men—one the son of the President (up for re-election) and the other Prince of Wales (the spare)—fall in love. The problems this relationship has are global and personal at the same time.

I knew, because this was a romance, and no romance reader that I’m aware of complained about it missing the mark, that the book had a happy ever after ending. I just didn’t know what that would look like or how we would get there. It is the most surprising and wonderful romance I’ve read in quite a while. Fun, poignant, funny, and heartbreaking, this book is worth your time.

Moe, Doug, “The Concerts You Never Forget,” On Wisconsin, Spring 2021. Doug Moe has been around longer than I have. He was in Madison media back when I was, and he’s still there. This time, he tries to write about the impossible: those ground-breaking concerts that everyone remembers but which didn’t receive a recording. I loved this piece. He mentioned concerts I’d heard of and ones I hadn’t. This isn’t so much nostalgia as it is a reminder that even big names were once unknown.

On Wisconsin, Spring 2021. This entire issue is excellent. I’m not going to highlight each story, but I could. Take a look.

Press, Joy, “Binge Without Borders,” Vanity Fair, June, 2021. The pandemic accelerated a lot of things. One of those things was the easy availability of foreign programs to binge, no matter what country you were in. With so much TV production shut down for so long, our regular programming got disrupted and those of us who watched TV to relax had to find new things. We’ve always watched a lot of Canadian and British shows, but now, Dean and I ended up watching French shows (Lupin), Spanish shows, (Money Heist), and several others. And we weren’t alone. A lot of people did that as well.

This article from Vanity Fair explores how some of the changes came about and what it might mean for the future. Worth reading and thinking about.

Prevatt, Mike, “Community: The Rainbow Bridge,” Desert Companion, Summer 2021. Drag has a long history in Las Vegas. Prevatt explores how that history has shaped the city. 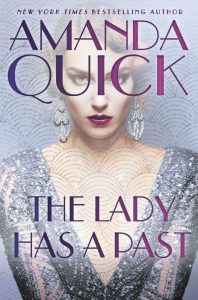 Quick, Amanda, The Lady Has a Past, Berkley, 2021. I have read this series from the beginning. This is one of those loosely related series that has the same characters, but a different romantic couple at the center. The first book was marvelous, and then the series became more and more impossible to believe as time went on. It’s rather like Cabot Cove in Murder She Wrote. So much crime happens in this little community near Los Angeles that someone should evacuate the place or put a fence around it or something. So, with each book, I’ve had to get past that little problem.

This one has another little believability problem that I’m not going to elucidate here. Once I jumped over that…and the other town problem…I had a heck of a good time. But I had to decide that the book had too many impossible parts.

Quick’s writing is fun and her characters are delightful. The dialogue is fun. This book was a great diversion in a busy month.

Schmitt, Preston, “How The Humanities Building Went Wrong,” On Wisconsin, Spring 2021. The Humanities Building at the University of Wisconsin is an ugly monstrosity that’s cold in the winter and too hot in the summer. It has no real windows. I have vivid memories of sitting in one of the weird concrete window seats in the 20 minutes I had between classes and trying to study Japanese history while shivering.

Schmitt tells the tale of a vision gone awry. It’s fascinating even if you’ve never seen this monstrosity. And, some of the sharp-eyed among you will note, all of the myths he mentions about the building have shown up in at least one or two of my stories.

Yang, Rachel, “TikTok Boom,” Entertainment Weekly, September 2021. The entire entertainment world is changing and it’s changing very, very quickly. This particular article is about the ways TikTok helps recording artists get a contract in traditional. It’s fascinating, if only about an inch deep. Take a look.