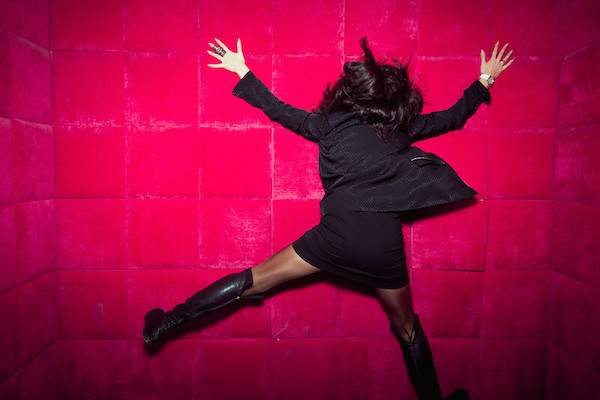 Heard from an old friend this morning, a hell of a writer, and one of the most together people I know. The email was a little sad, which makes sense as this damn pandemic continues, despite all our best efforts (or rather, some of us giving it our all).

My friend mentioned, in passing, that they had hit a writing wall, and was working hard at climbing it.

I suspect that, and not the other thing they had spent some time on, was the point of the email. Sometimes we have to tell someone who is not in our immediate circle that the writing isn’t going well. That the writing is hard.

I don’t know a lot about their life circumstance right now. When we met, they were raising small children and dealing with a lot of family issues. Then my friend had a lot of success, and the family ended up supporting their writing 150%. It was good to see.

But now? I have no idea. The kids are grown. I know that much. But I have no idea if the extended family is vaccinated or even if they survived the first year of Covid before we had a vaccine.

I do know that my friend and I share a lot of other friends and acquaintances in common, and the losses in the writer/fan communities have been staggering. I did an acknowledgements page for all the lost folk in my upcoming Spade/Paladin novel, and in August, I told Allyson Longueira at WMG that we need to publish the novel ASAP because I keep adding names to that page. It’s heartbreaking.

(She heard me. We did a Kickstarter on the novel in early September, and the official publication date is 11/16. But I was still adding names to the acknowledgement page until the Monday before the Kickstarter began. Sigh.)

I have moments where I’m spiraling in the news cycle, where I get so worried about life, the universe, and everything that I almost can’t function. I reread all the science on the vaccines almost daily because, after a year-plus of hiding in my home from a virus, I now know that if I get the virus, it most likely won’t kill me or even hospitalize me.

As Dean said to me early in our vaccinated days, my daily run through the sidewalks of Las Vegas is much more dangerous than any contact I might have with the virus, and let’s not even talk about the risks I take (and you all take) every day when you get into a car.

I get that. I also know that many of us expected a much happier 2021 than we’re getting. Everyone is emerging from lockdown angry or frightened or both. We’ve all lost a bit of socialization, which is just plain weird and 100% understandable.

We’re dealing with a lot, and that’s if we’ve had an easy time of it during the pandemic, if we haven’t been hospitalized ourselves or lost close friends or family members or worked despite the fears because our jobs were deemed essential. We could pay for our homes and our food and didn’t have to worry about necessities.

Some people are still dealing with more than they thought possible. And some are coming out of the worst of it for them and their families expecting to return to the Before Times.

It doesn’t work that way. For any of us.

The fact that my friend has hit a writing wall is not surprising. I told them to go easy on themselves, and to ease themselves back into writing.

For some of us (me included), “an escape” isn’t possible in times of crisis. I have to pay attention to every single detail because God knows when one will jump up and bite me in the face. I’d rather be prepared for the eventual bite than be surprised by it.

So, for folks like me, writing during the pandemic was a conscious choice. I had to schedule it and work around it and plan to not pay attention for a few hours—almost like planning a good night’s sleep.

It has been hard returning to that state in writing where I can actually lose myself in a story. I’ve had to recover that feeling and trust that, for a while at least, I’ll be able to tune out the world.

Ironically, while I’ve been learning to return to the writing, everything got upended for us. We lost our office condo, which forced us to reassess our living situation, and then we had an opportunity to move that I’m so glad we jumped on. But it meant that we went from comfortable to wtf? in the space of a few weeks. We’re still digging out from that.

Everyone has stories like that. Some of that is just life, though. We never know what’s around the corner. Most of us didn’t expect a global pandemic, however.

I wrote about this before, but I’m going to write about it again, months later.

The pandemic and the concurrent crises around it have had an impact on all of us in the arts. As writers, we’re luckier than say, musicians or theater people, because we don’t need a live in-person audience for most of what we do.

But that doesn’t mean we’re immune to the global nightmare going on around us. The last time I wrote about this, a number of you commented or emailed me, and said that lockdown helped you focus on the writing. It gave you time to dig into the writing and not think about the pandemic at all.

Sure wish that had been me, and I’ll bet my old friend wishes that had been them as well. But it isn’t. And so, we’re now doing our best to recover our work habits and our ability to concentrate on our chosen craft.

I suspect most of you whose reaction was similar to mine are not as far along in your writing as you hoped to be by this point in 2021. Even if you revised your goals at the end of the first, second, and third quarters.

Recovery can be slow. Plus, you might be like me, and still feel the need to monitor things—although not as intensely as you did before you got your vaccine. (If one is available to you, you got it, right? Right?) So part of your brain is still in crisis-management mode.

If you got a new job or moved back home or moved somewhere else or lost friends and family, part of your brain is still dealing with all of that.

You don’t have as much energy or mental creative space available to you as you did pre-pandemic. Even though you still expected to have it.

Life is different now. It’ll take a while to adjust. There is no timeline for that adjustment.

Grief is personal. It takes its own sweet time, and it’s unpredictable.

It also interferes with art, because it takes creative space.

For some of us, grief is a catalyst for better art, better writing, better everything.

But for the rest of us, grief is time-consuming. We need to figure out where we stand before we can move forward again.

I wrote about that in the spring, after I lost my brother.

But even if you’ve worked through your measure of grief or if it didn’t impact you as deeply as it impacted some others, there’s still another thing that we’re all dealing with.

It’s off the charts this year. We didn’t notice as much in 2020 as we have now because, guess what? We were all dealing with it inside our homes, family, and personal lives. We weren’t walking out in the world, sharing the stressors. And some people don’t react well to that.

Flight attendants, for example, have complained that passenger behavior isn’t just out of control, it has gotten dangerous. A lot of bad behavior has hit everything from restaurants to grocery stores. Murder rates in many cities are way up.

As a species, we’re stressed and acting out.

Even if we’re not acting out, we’re dealing with the stress, and that interferes with writing as well. It takes a mental effort to set aside whatever is stressing us so that we can get back into the chair and produce some words.

I’m writing about this now, partly because my friend’s email reminded me that all of us are vulnerable to this new normal. My friend has a name you’d recognize, and is one of the best writers in the business.

My friend is also not alone. Judging by my emails, my Facebook feed, and my conversations with others, many writers are in the same situation. They all expected to be doing better by now.

Just that expectation alone is another stressor. Because some of these folks see it as a personal failing that they’re not “back on the horse” and working fine.

Time to take the pressure off, people.

Even though we’ve had a year-plus to get used to this pandemic, the situation is constantly changing. We’re living in an age of massive uncertainty.

There will be days when you need to take a moment or many moments and do what’s best for you.

These are trying times.

We all respond to those difficulties differently.

Kindness will help us make it through the day. And by kindness, I mean not just to others, but to ourselves.

Be kind to yourself. If you would tell a writer friend to take a day off in your situation, then take that day. Figure out how to treat yourself fairly and well.

Because that’s the thing that will get you writing again. Not pressure, not mentally cracking a whip.

Just a friendly reminder, in these tough times.