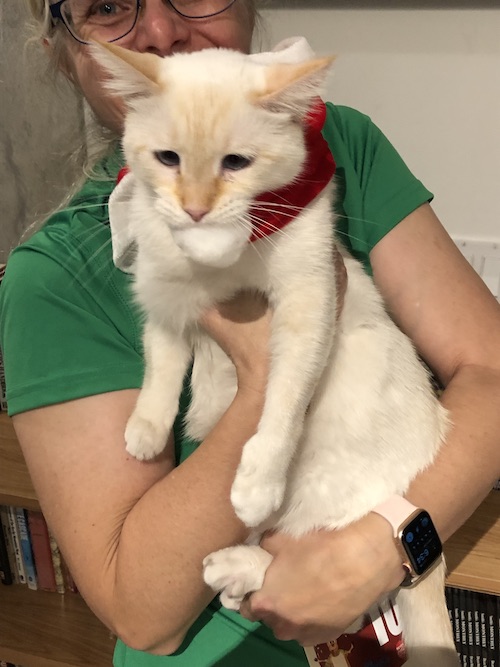 Whoa. This fall, I put off my announcements waaaaaaay too long. I actually missed letting you know about “DNF,” the short story of mine that was in the 80th anniversary issue of Ellery Queen Mystery Magazine. Good news: you can still get copies, either from EQMM’s site or on Amazon or other sites. The bad news is that the secondary sites charge an arm and a leg for them. The good news is that there are lots of other great stories in the issue, so you won’t mind losing an arm or a leg (your choice).

I’m also late letting you know about the latest Diving novel, The Chase. You knew it was coming, because I told you about the Kickstarter for it, and I told you about the preorders. I just forgot to remind you when the book was published. (Wow. I’m really lax this fall.) Soooo…The Chase is out, in all formats. It features Boss and Coop, and answers a few of your questions. Find it in your favorite format here. (Except audio. I haven’t worked out the audio side of things yet.)

What’s keeping me so busy? The Fey, if you must know. I’m writing four books at once, not because I want to, but because that’s the way my brain is serving them up.

To make matters more complicated, I needed to finish a novella at an editor’s request, so I picked a half-finished Diving novella, thinking it would take no time at all. Really? Really? No time at all??? Why do I delude myself like that? Anyway, that’s underway as well. So I’m writing, writing, writing…and taking an entertainment law class that’s kicking my butt, but giving me great fodder for blogs that I will write for early next year. You can get a small preview of those on my Patreon page.

One of the things I got behind on was letting you know about Storybundles. The Visions of the Future Storybundle has only a few days left. (Sorry!) It also has a lot of great writers, and wonderful books, all with some kind of future vision. If you missed the previous Diving novel, Thieves, you can get the ebook really cheap in this bundle along with nine other great books. Hurry, hurry, hurry! The bundle will disappear forever before Thanksgiving.

Last year at this time…well, you all remember last year at this time. I’m sure that, like me, you try to put the worst of the misery out of your mind. To cope with that weird and sad and heartbreaking holiday season, I wrote a novel just for me. It’s the story of Spade and Paladin at an sf convention that’s a hybrid of conventions now (more diverse) and conventions in the 1990s. I had a blast writing the book. It’s not quite a cozy mystery, since Spade isn’t really an amateur detective, and Paladin certainly isn’t, but the novel’s nowhere near noir either. I think it’s the perfect escapist reading, and early responses agree. There’s no holiday in this one, but lots and lots of snow. I think you’ll like it.

Speaking of the holiday season, I just published a collection of short stories that appeared in the first two Holiday Spectaculars. With the exception of one story, these are mysteries, and a couple are quite dark. I think they’re the perfect antidote to the sweetness of my Kristine Grayson Santa series. See if you agree.

You also have two days to get in at the very start of this year’s Holiday Spectacular. (I have two more stories in this one, and they’re not in the collection.) For those of you who don’t know what the Holiday Spectacular is, it’s essentially an advent calendar filled with short story ebooks. Only this calendar isn’t religious and it doesn’t run through advent.

The Holiday Spectacular Calendar of Stories begin on Thursday (American Thanksgiving) and run through New Year’s Day. There are stories for most holidays on the calendar, and some that aren’t. (It’s amazing what some writers can dream up.) The stories this year are phenomenal. I think you’ll really love them.

My favorite thing about the Spectacular? It’s like receiving a little present every single day. So order one for yourself…and, if you act quickly, you can order one for your favorite person as well. Let them know that they’ll get their first holiday gift on American Thanksgiving and they’ll continue to get gifts throughout the season. How fun is that?

Finally, in case you’re still feeling a little off heading into this holiday season, I have shared a picture of our newest cat, Angel. She doesn’t quite comprehend the idea behind a Santa hat. But she will (Kris writes with an evil cackle). Oh, she will….