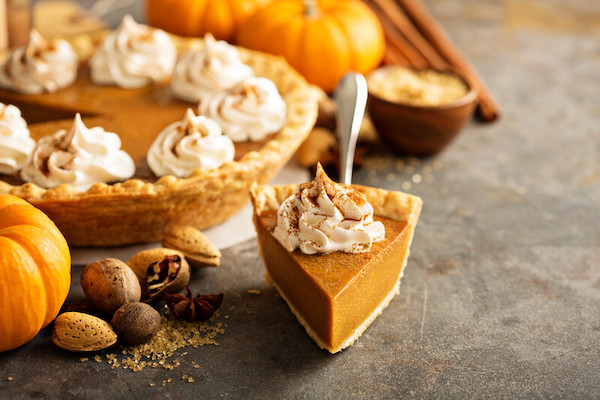 I don’t know how the rest of you feel, but for me, 2021 was not the year I had hoped for as the calendar turned. Because I’m an eternal optimist who can also be a raging pessimist, the way I got through 2020 was to think 2021 would be better. Lots better. As in wonderful, glorious, put-the-pandemic-behind-us marvelous.

We had vaccines, after all, and while I thought the front part of the year would be hard, the second part—well, new normal here we come!

I don’t need to tell you what happened next. Everything is in flux worldwide, and had I done my due diligence, I wouldn’t have been surprised.History teaches us that after any global event, the world sinks into some kind of major turmoil.

We’re not after the event. It continues. I’ve nearly lost family to breakthrough cases and have friends who are dealing with long Covid. We’re getting out, but I’ve had three conversations this week alone about being uncomfortable in crowds and in public.

Then there’s the political turmoil, the supply chain crisis, the inflation, the impact of all the deaths, the uncertain and strange job situation and…and…and…

You all know this.

Every year, one of my blogs (which post Wednesday/Thursday) falls on American Thanksgiving. It’s one of my favorite holidays, if not my favorite. I love the feasting, the time with friends, the organized turkey trot we do that morning, making pies…you name it.

Last year, we had to share our Thanksgiving with a friend by packing food in plastic containers and carrying it to her place. No sharing at a group table. No morning run. We still had turkey and all the fixins and pie, of course, and it felt almost normal, but it wasn’t. Because—you know.

I had thought that I hadn’t written a Thanksgiving blog, but I just checked. I had. And it does reflect the time. I was looking for hope ahead, but we hadn’t reached it yet. Still, there was a glimmer, and I grabbed that.

This year, I actually feel like giving thanks. Thanks for oh, so, many things. Here’s a short list:

I love the random conversations with people I wouldn’t normally have conversations with, like the extremely enthusiastic geology major I spoke to about scheduling just last week or the kid who wants nothing more than the privilege of teaching high school math. Being on campus makes me happy, even if it makes me tired some days. I am older than my professors and as such have different needs than my colleagues. Mostly, I’m secure, because I don’t need good grades to launch my future career. That’s a different attitude than I had 40 years ago, and it truly benefits me.

No one can see the grin on my face at my weekly Pilates class because I’m still masking up, even if most everyone else in the class isn’t. (They do set their mats very far apart, and the room has great ventilation, but still…) My back is better, I don’t have to watch some random person on YouTube telling me to contort myself into a pretzel, and I work harder in a class with other people, rather than mutter Are you kidding me? before collapsing on my mat without even trying the impossible thing the online coach wanted me to do. I can actually see the physical difference, and that’s lovely. Plus, it’s good to catch up with the casual friends I’ve met at the classes (and nice to see that they have managed to survive this terrible time…so far, anyway).

I felt like we published by rote in some ways this year, and that’s okay. It got me through. Now, though, I’m slowly feeling the need to pay attention again. I guess I’m releasing a lot of bandwidth from all the fear and doom-scrolling, and that has to be a lot healthier than constant daily anxiety about whether or not we’ll survive the week.

Then I wrote about all of the fear and anxiety in a series of mystery shorts, which got a lot of my chest. There’s more to release, but at least I got a good start.

The Fey project is as hard as I thought it would be and more complex than I expected. It continues forward. It took me a while to hit escape in the writing of that, but once I figured out what the heck I was doing, I ended up just fine. It continues, though, which is irritating and fun at the same time.

Other projects are lined up, like my friend Kevin J. Anderson says, like planes on a runway, waiting for their turn. Impatiently, in some cases. I’ll get there.

I also instituted a daily writing goal of 1K words per day. It has gotten me through some of the roughest days of the year. I had to hit my 1,000 words to continue my streak.

I’m recovering some old essential habits and I’m a lot more organized than I was before—which is lovely.

•Reading. A refuge. As always. I’m gravitating toward mystery and short stories, mostly. It’s still hard to find all the joy in romance, but I’m starting to lean that way again. It’s a process. But that daily escape into someone else’s imagination has been essential to making it through the year. Thank God there are so many great writers in the world. I’m discovering more and more of them each and every day.

As I said up top, 2021 is not the year I expected it to be. It’s been harder and sadder than I expected, and rockier than I had hoped. But it’s sooooooo much better than 2020.

I actually feel the gratitude of the season this year.

I know we’re not out of this. I suspect we have years of turmoil left, because we (the planet) are adjusting to a new normal. But I feel like we’ve found the future again. It was almost as if the future had tumbled down a mountainside, leaving us standing on the cliff-face, wondering what the hell we were supposed to do next.

We’ve turned and we’ve found a new path. We’re still not sure where it’ll take us, but we are moving again.

I am profoundly grateful for that. For you. For the season.

I hope that you have a great day today, whether or not you celebrate Thanksgiving.

Me? I’m going to feast. And be with friends. And laugh.

Lots and lots of pie.