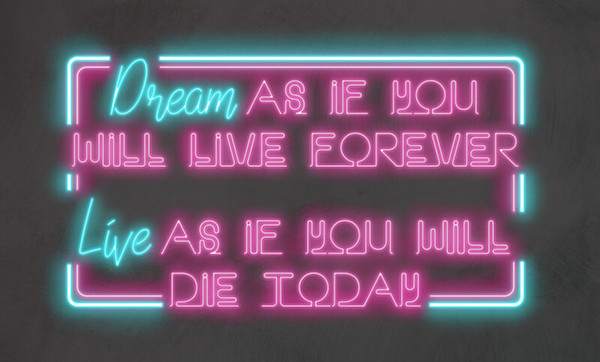 One of my favorite poems is “Dreams” by Langston Hughes. I received it in a collection of poetry given to me when I was thirteen. I reread the poem so many times that I can recite the first stanza…with one error. He writes about what life becomes “if” dreams die and somewhere this past year, I substituted the word “when.”

Fascinating, to me, because I’m living the dream I had when I was a kid. I’m a writer. I am an editor as well, which is a professional reader. I am a very lucky person.

Sure, I have other dreams and I have achieved some of them and am striving toward others. But I’m one of the lucky people who has managed to pursue my dreams at the exclusion of almost all else.

I made some hard choices along the way. I deemed it hard for someone like me, raised by alcoholic parents, to learn how to parent well without a lot of therapy and coaching. I figured I could parent or I could write.

I think those are false choices for people now, but for me, back then, it was a good choice. I have no regrets.

I’ve been thinking a lot about regrets, though. Dead dreams and lost opportunities as well—because of the pandemic.

Before I go further, I’m going to tell you that I wrote this blog long before it appears. I wrote it and scheduled it in quite some time after I typed the last word.

I did this because of some of the things I’m going to mention here. I can’t clear these things with the people they’re about—and you’ll see why in a minute—but I can let time and vague details get in the way of easy identification.

I’ve been teaching professional writers for decades now.  I’ve watched a lot of writers come and go. Some were young and had quick success, only to disappear into their lives. Others were young and soon realized that writing was not for them. It came too easily or it was too hard or both.

Those folks have always been with us, and most people who work in the arts always mention the young flash-in-the-pan artists, those with a ton of talent and no ability to get through the hard times.

For those decades, Dean and I have taught writers how to get through the hard times. Early on, we thought the inability of writers to make it through those hard times was due to a lack of knowledge.

Over the years, we realized it wasn’t a lack of knowledge or even a lack of drive. It was an inability to recover from the inevitable blows and failures that came with a career in the arts.

What we missed, however, at least initially, was an understanding of the older writers who came to us, those who had once had a dream of fulltime writing and now that their kids were grown and they were heading toward retirement, they were going to grab that writing career and do what they hadn’t been able to do as younger people.

These writers had a modicum of ability. They had learned a lot of craft somewhere along the way. But they never learned the business.

Before I go further, let me make a distinction. I know of at least a dozen writers who had a major career in their 20s or 30s and then, because of an illness or a child who needed a major focus, or some kind of financial setback that required them to work ridiculous hours or some other real world issue, they had to give up the writing career for a decade or more.

They usually come back where they left off, with as much drive and ability as before. They learn the ropes and get back in the game as if they had never left. Many of them are self-published now, because the setback in life often hit at the same time as a setback in publishing (they got dropped by their publisher, for example), and they only had enough stamina to handle one emergency.

I’m not writing about those folks.

It’s the other ones who have my attention tonight.

They’re the writers who could’ve gone the distance, if only they had started sooner. They ran out of time.

As I write this, we lost another one, a kind person who was a helluva writer and who had had a tiny amount of success—finally.

And then Covid took them out.

I have no idea what will happen to their fiction. They’ve only published a few stories. If the family doesn’t support the writing, that nascent career will disappear without much of a peep at all.

This person is not the only one I know who has died in the pandemic. A few were taken out by Covid, others by delaying procedures during the pandemic surges, and others from the sheer stress of trying to live in these trying times. A few might’ve gone anyway, but they all left this earth sooner than they expected.

They started their new career late, and didn’t have enough time to get past the early stages.

It breaks my heart, it truly does.

Because it didn’t need to be this way.

Sure, sometimes life gets in the way. But the folks who postpone the things they want until they retire almost never get to do what they want. I don’t really have anecdotal evidence. I have actual evidence, built up since Dean and I taught the Kris and Dean show at conventions in the early 1990s.

Since then, we’ve probably seen 100 or more of these folks—and out of the hundred, maybe one has managed to have a career.

This post is not directed at those of you who are already retired and working your ever-living tails off for some kind of success. Do what you can to stay healthy, write as much as you can, publish what you write, and make sure you have an estate plan. That’s the best you can do right now.

This blog is actually for writers in their 20s and 30s and 40s, writers who really want a career, but have given up anything to do with writing except maybe reading a how-to book now and then as well as some blogs on their lunch hours.

They’re postponing what they want for that “someday.”

If Covid has taught us anything, it is that someday doesn’t come for many, many people.

You can’t plan on someday.

But what can you do when life is so full that spending any time on you is tough?

If writing is important, then you need to find an hour a day or thirty minutes per day or fifteen minutes per day to write new words. Read my post on “Ground Effect.” Figure out how to do that for yourself.

Then set up one hour or thirty minutes or even fifteen every week to learn the business of publishing. Get your work out to the world. You won’t do it as fast as the folks who don’t have a day job or don’t have young children or don’t have to take care of an ailing parent.

But the key here is that what you will do is build up an inventory. You’ll also learn how to get that inventory in front of readers.

And before you ask about rewriting, read my book titled The Pursuit of Perfection, or read the blogs it came from. (Here’s a link to the first one.)

You will have that kind of production year in and year out in your most hectic years of life. Writing will be a habit and a refuge. You can do it, and—here’s the key—you’ll keep your hand in.

So that by the time your life gets less hectic, you can return or continue with your career without having to relearn or learn new skills. You’ll be like those older folk I mentioned above, the ones who had a heckuva career in their 20s and then slowed down a bit in the toughest part of adulthood. You won’t be someone who dramatically runs out of time.

Here’s the thing: We all run out of time eventually. We’ll all leave this earth with many things planned but undone.

But don’t make one of those things your writing.

“Business Musings: Hold Fast To Dreams,” copyright © 2021 by Kristine Kathryn Rusch. Image at the top of the blog copyright © Can Stock Photo / michaklootwijk