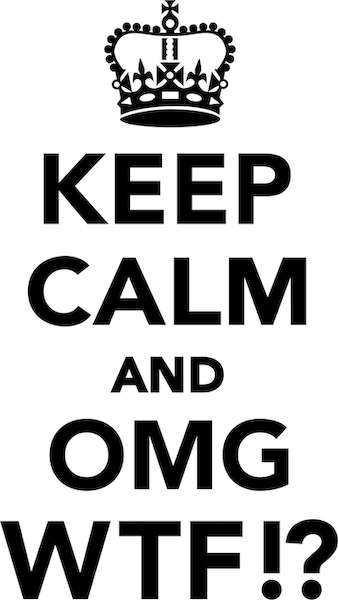 I am putting the year in review posts on pause for the sake of this single post. It simply wouldn’t fit if it showed up somewhere around February 1.

I realized this month that I have a weird form of pandemic PTSD.  As those of you who regularly follow this weekly blog know, I order at least six paper calendars for the year ahead. In 2021, I added a calendar at Dean’s request that’s dedicated just to our runs. I also ordered an extra calendar when my usual exercise calendar (which I use for reading—go figure) kept getting delayed due to printing issues.

I’m usually extremely organized with my paper calendars. By this point in the year (and I’m writing this on December 20), I should have everything that I have scheduled for 2022 logged into the paper calendars.

However, I said “many” because I haven’t yet logged in my class dates and times. Which I just realized as I’ve been writing this post.

I’m really reluctant to look at my schedule for 2022.

For this one, I blame 2021. I filled out my 2021 calendar at this point in 2020. I was excited about the vaccines coming, excited that we might return to in-person everything in 2021, excited about having a sane president. I was hoping that we would be able to put the increasing insanity of the previous five years behind us.

I wrote a really upbeat blog about it, coming into 2021, which, if I remember correctly, went live…on January 6.

I saw a meme recently which I’m leery about sharing here due to copyright concerns. It features a Sesame Street character and says, 2021, brought to you by the letters WTF.

I’d get my feet under me only to be swept away by something that I truly did not expect. I probably could have foreseen all of it if I were willing to acknowledge how dumb some people are, how gullible other people are, and how venal a whole lot of people are. But I try to be optimistic about the human spirit. I really do.

I was just about to type that for me, personally, 2021 wasn’t a bad year. And then the back of my brain started listing the dead friends and family members who had been alive at this point last year, the sudden move, the continually changing exterior landscape and, yeah. 2021 was…well, it wasn’t the worst year of my life. Not even close. But I can’t say it wasn’t bad.

Dean and I survived just fine, but I do feel like we’re living in a rubble-filled crater from the year, trying to make the best of the times ahead.

And yet, there were a lot of good things that we found in the rubble. We moved to a better place. We saw friends again. We did go out. I’m back in the theater again!! I’m figuring out how to live with loss (which, believe me, is a good thing). We’ve had some great personal victories. I’m writing the Fey again. I’m enjoying school. I’m meeting new people. I love living here. We got a great new cat. Dean finished a miraculous project 70 @70, which the folks at WMG Publishing helped him realize by doing an amazing amount of work. (Read Allyson Longueira’s Publisher’s Note on the WMG site to see more about this.)

I did not realize the toll that 2021 took on my scheduler brain. Realize that I schedule everything. 2020—once we got through March or so—did not have this kind of impact. Everything was canceled or we expected it to be canceled, but that was not the case in 2021.

I thought things would be on. Not much would be canceled. Lots got canceled, even now at the end of the year due to Omicron. (Dammit.)

My calendars are a scribbled mess of changes.

As I typed that section in my blog about school, I realized what my hesitation was. In August, I signed up for the Entertainment Law class ahead of my planned schedule on taking it because the class would be in-person. A different class, one I need to take and had signed up for, went from in person to online, so I bailed.

Online learning has its place, but a lot of in-person teachers suck at it. I had a prof in 2020 who was a great raconteur in person. We moved to online in March…and he just drily narrated his notes. Clearly, he needed an audience.

If I’m going to pay a lot for school online, I’ll seek out people who can teach well online, not people who are doing their best poorly.

So I canceled out of a class and took EL, which ended up being a great decision, except that my Thursdays became nightmarishly long. I don’t want to do that again.

And even though I’m signed up for Spring Semester, I’m leery about putting the classes in my calendars and scribbling everything out again.

This week, I have to overcome my hesitation because 2022 is barreling down on us. I think 2020 was 800,000 years long. The front part of 2021 actually felt paced like a normal year, but August to December—that went by in a flash.

Some of that was because…hell, I don’t know. Maybe because we can see a future. It’s a different future than the one that we expected in 2019, but it’s there and it’s about as clear as a future can be.

Despite all the noise surrounding me in 2021, I had a productive writing year. Some of that was because I chose to change my writing habits. I decided 1,000 new words of fiction every day with no misses, and started that as we started to move in May. I blogged about it last summer.

That decision forced me to write some things I hadn’t planned. I missed twice from May to December: once to finish organizing a surprise Diving novel that I wrote (yes, surprise—I thought it was a novella. My subconscious lied to me…again) and again just this month. I was working on finalizing the Fey novella (yes, I figured it out!) and I was also writing another story, and I had realized that the new story had gone off the rails. I was too tired that night to push it back on the rails. This was during finals week, and I had choice: sleep or 1K. Because I’m 61 and because I was so exhausted that I could barely stand, I chose sleep.

I don’t regret that decision.

Because even with the two misses, that 1K decision was a great decision. It enabled me to use my really long Thursdays to focus on a short story between classes. (It’s almost impossible to write the mess that currently is the Fey away from my desk.) I contributed to a bunch of anthologies that I hadn’t planned on, wrote some mystery stories that I hadn’t planned on, and started a few things that need finishing.

It all cumulated into one of the best short story years I’ve had in a decade. I hope to continue that in 2022.

Early in the year, we ran a Return of the Fey Kickstarter. It was the first Kickstarter I’ve done for my fiction where I did not have the project completed before we started the Kickstarter.

I decided to use Kickstarter for its real purpose…as a way to kick start a project. I had been promising more Fey for 20 years. Honestly, 20 years. And realistically promising it, with indie publishing and all, for 10.

I figured heck, a novella would be easy. Because I often do novellas to tell myself things.

My subconscious lied to me…again. (This month, someone compared my subconscious to Lucy with a football in the Peanuts cartoons. Um…yeah. I think that’s right. My conscious brain is Charlie Brown, and I fall for the trick Every Damn Time.)

Um, no. It isn’t easy. I’d bottled up all my Fey thinking for a long, long time, so everything came out sideways and upside down and backwards and all at once.

Over the summer and into the fall, I was writing at least 4 books at the same time. I finally quit and wrote on the Diving project in the middle of November because I needed to stop and think about what I was doing with the Fey.

I finally realized what I was doing…after Diving, after finals.

My damn subconscious. I had to write 200,000 words (and I did) to figure out the ending to a 23,000 word novella. As of this writing, Dean has yet to read the novella. But no matter what his verdict is, the novella will go to the backers of the Kickstarter sometime in early 2022. Whether or not the rest of you can see it in 2022 will depend on Dean’s response.

So…I wrote a lot on a variety of things, with more in the pipeline. I wrote ahead on my blog posts for the busy parts of my schooling and I kept up the rest of the time. In other words, finished a lot of nonfiction.

And then there was Spanish. I wrote six essays in very bad Spanish over the course of the year. I’m getting better at it. I can write entire sentences in Spanish before I have to [bracket an English word] to look up later.

And…my subconscious lied to me again. It promised me when I got to this blog that it would be about scheduling things for the new year.

Yes, more performances will be canceled. Heck, I might have to move my classes around the week before, just like I did in August.

But the new year is bearing down. I’m trying not to have too many expectations for it.

But I need to schedule. There are runs to pay for before the end of the year. Calendars to fill out. Deadlines to pencil in.

Hmmm…maybe I should fill out the calendars in pencil. Maybe that will make me feel better…

“Business Musings: Title,” copyright © 2021 by Kristine Kathryn Rusch. Image at the top of the blog copyright © Can Stock Photo / miceking