I really enjoyed the holiday season this year, but I didn’t read a lot of Christmas or holiday stories. That’s unusual for me. I’ve been on a mystery and crime fiction binge for months now, and that continued. I did try to transition to some holiday stories, but they were too sweet for me. And the one author I read first, someone whose work I usually love, had a mess of a collection. Her traditional publisher labeled it an anthology, which it was not since it was just her stories, and it was impossible to tell if I had read the stories before without starting them. To say I was annoyed by the end was an understatement, particularly since the final story—the only one I hadn’t read—had a TSTL (too stupid to live) couple,  which is really unusual for this author. The mystery binge and the aborted first attempt brought me back to truly dark crime fiction, which was where I stayed on the fiction side. I was even there for the film/TV side of things. I think I watched one holiday movie all the way through.

I did start a book called Christmas in Nevada, which is all about the way Christmases were celebrated here up until about 10 years ago. I like it. I didn’t finish it, so I’m sure I’ll be reading more of it next year. (I stop my Christmas reading on Christmas Day, and move onto other things. Same with my Christmas playlists and so on and so forth. I don’t even make extra holiday desserts to get me from Christmas to the New Year. It’s like a valve switches off).

So, unusual for me, not a lot of holiday material to recommend. It’s a spare list this time, because some of what I read wasn’t something that I want to recommend. Here are the books and articles and stories that I do want to share. 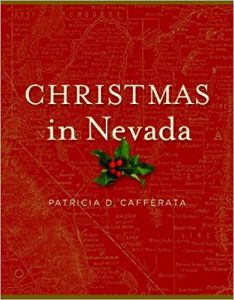 Davis, Sam, “A Christmas Carol: Nevada Style,” Christmas in Nevada, edited by Patricia D. Cafferata, University of Nevada Press, 2014. The Christmas in Nevada book starts with a short story written around 1870 or so, and tinkered with a few times. Cafferata says the version here is the original version (complete with some 19th century language). The story is about a saloon, looking for a piano player. A mysterious one shows up on Christmas. The story reminds me of Twain, and certainly shows how much he was influenced by his time here. The ending made me laugh out loud. 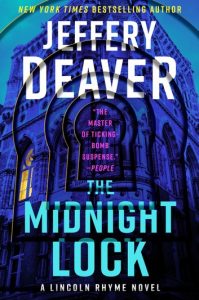 Deaver, Jeffrey, The Midnight Lock, Putnam, 2021. This book is exactly what I expected and hoped for in a Jeffrey Deaver book. Twists, turns, good characters, and a bit to think about. It wasn’t great Deaver, but comparing Deaver to Deaver isn’t fair. Comparing Deaver to other writers, well, he always keeps me turning pages. One thing was distracting for me: The villain (one of them) is WMG Media, meaning FOX news. Just not fair! This is a Lincoln Rhyme novel. There are better ones, but they always satisfy.

Gould, Emily, “The State of the Literary Jonathans,” Vanity Fair, September, 2021. This essay made me realize just how much time has passed. I remember all the scandals and other things she mentions with these writers. I also kept thinking they happened not too long ago. Nope. It kinda did my soul good to see one of these literary Jonathans called a has-been, only because he was such an asshole to deal with back in the day. (Yeah, I hold grudges. So what?) There were other things to mine here, and I did for my business blogs. But it’s worth reading just for her analysis.

McDermid, Val, 1979, Atlantic Monthly Press, 2021. I’ve been meaning to read Val McDermid for years. I tried about 25 years ago, and the problem was me. That year, I read and rejected a ton of authors I’m reading now. I was toward the end of editing The Magazine of Fantasy & Science Fiction, and 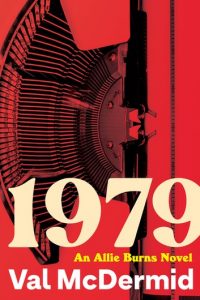 my critical voice was on so high that one slight irritation in the first chapter, and I was done with the author forever…or at least until the 21st century.

How, though, could I avoid a book set in 1979? A book about a young journalist just starting out? A book about a time period that I remember vividly and clearly McDermid does too.

She was a young journalist in Scotland at the time. I became a young journalist in Wisconsin the following year, even though I was still in college. The problems her character Allie Burns has were not the problems I had until I was established, years later. The news department at Wisconsin Public Radio treated me like an idiot on a joint project, even though I had more qualifications than most everyone in the room. And we won’t discuss what the city editor at the Eugene Register Guard did and said to me when I went to meet him over a freelance gig. I’m still mad at that man, and I told him off at the time.

Allie Burns is a lot less volatile than I was. She actually worked her job, put up with the crap, and out-thought the people who were trying to hold her down. Burns is an interesting character. The front part of the book irritated me because the subtitle is An Allie Burns Novel and in the beginning, the person doing everything was another cub reporter—a man. That changed, and changed dramatically later.

When I hit the middle of the novel, I was deeply entranced. I couldn’t put it down, and, like any good reader, I want the next one right now.

Ross, Dalton & Snierson, Dan, “Let’s Make A Christmas Movie! (Or Not)” Entertainment Weekly, December, 2021. This article is for everyone who has watched one of the roughly 150 Christmas movies that come out on Lifetime, Hallmark, Netflix and other channels, and thought, “I can do that!” EW “tasked” (their word) to write and pitch a holiday movie, which they did. Their experiences should be a lesson to all of you who want a career writing screenplays. Make sure you have a strong backbone and can take criticism. And stuff your know-it-all side into a closet somewhere. Really worth reading, for writers and non-writers alike. 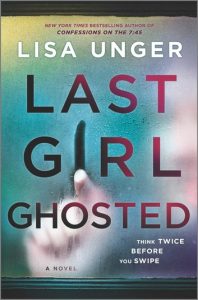 Lisa Unger was my discovery of the fall. The only author to be in both mystery year’s bests, with different stories that held my attention. So I decided to investigate her novels. This one sounded the most interesting. It was and is. I’m really not sure about the ending. I understand what she did and the point she was trying to make, and that’s the problem. It was a point. I don’t believe it organically. I’m not sure I believe anything organically from the moment our heroine makes a decision to ditch her phone. (You’ll see.) I read it though, and I couldn’t put it down, and I am picking up another book, and I was happy to learn that some of the characters in the Hollows are series characters, so something worked for me. Consider this a recommendation…with reservations.

Unknown, “Josephine and The Scary Santa: A Jarbridge Christmas,” Christmas in Nevada, edited by Patricia D. Cafferata, University of Nevada Press, 2014. While I love the Christmas in Nevada book, it’s also deeply irritating. I have no idea when or where some of these pieces came from, nor do I know who wrote them. It’s clear, from the different voices, that Cafferata did not write most of the summaries. They might be from newspapers, but which ones and when is pretty unclear, even from the introductions.

This particular true story is about how little Josephine Cooper and her family spent one Christmas in Jarbridge in the early 1920s. Very short, and very delightful.

Unknown, “The Richest Christmas: Snowbound on the Swallow Ranch,” Christmas in Nevada, edited by Patricia D. Cafferata, University of Nevada Press, 2014. This particular incident happened in 1923. Five-year-old Sheldon Olds lived on the ranch with his father, who worked there. A blizzard came in at Christmas time and no one could leave to celebrate, so the Swallows held a celebration for everyone stuck on the ranch.

Sheldon was particularly terrified because he and one of the Swallow children had actually set fire to some straw in the barn about a month before. They had to hide in the sheep dip to avoid punishment. This story is about the repercussions during his meeting with Santa. Charming little piece.

One response to “Recommended Reading: December, 2021”