I started out reading great guns at the beginning of March and then…I have no idea. Life, maybe? The time change did zing me more than I expected, and I had to study for midterms, but those were gone by mid-month and my reading declined in the second half of the month. So I have no idea.

I did start two different mystery anthologies that were so bad that I abandoned both of them. One, filled with historical mysteries, had every other story about slavery. And not in a useful plot way, but in an oh-yeah-this-slave-will-volunteer-to-help-us-for-no-reason way. Blerg. I scanned the front of each story by the middle, and found none—not a one—that held me. So there’s that. And then there was the book by a favorite author that was all about…harems? Really? It wasn’t in the cover blurb, but once I realized it, the book went into the give-away pile. That writer is always trying to push herself, so it didn’t put me off her work, mostly. But I will be more careful with purchases next time. Another blerg.

So maybe I did read more than it seems. But it sure felt like I dropped the ball in the last half of the month. In the front half, some truly delightful books, listed below. 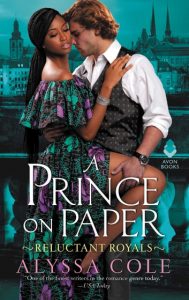 Cole, Alyssa, A Prince On Paper, Avon, 2019. I mentioned in last month’s recommended reading (or somewhere) that I had trouble reading romance in the worst of the pandemic. I wasn’t able to suspend my disbelief that far. Noir was working for me; romance wasn’t. So I didn’t read a lot of books by favorite authors, although I continued to buy. The books stacked up.

At the beginning of March, I was perusing the TBR pile and this book leapt out at me. Apparently, my muse was ready to read romance again. Guess my mood improved or something. A Prince On Paper was a great return to general romance reading. (I kept up with writers like Mary Balogh early on, but even she dropped by the wayside by late 2021.) A Prince On Paper features a good-hearted seemingly horrible man who made sure he kept the paparazzi busy so they wouldn’t bother his half-brother, the real heir to the throne. (Lots of reasons for that, most of them revealed later in the book.)

The book’s heroine was a victim in an early book, and maybe even a partial villain, depending on what part of that book you were in. She gets a full (deserved) redemption here. These two have a lot of baggage, and it’s fun to see them work through it all. Highly recommended. 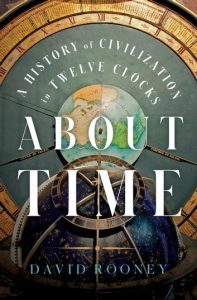 Rooney, David, About Time, Norton, 2021. This is absolutely one of the  most fascinating books I’ve ever read. It focuses on the ways humans have used clocks and time to order their civilizations. I learned about all kinds of clocks and all kinds of cultures, some I was familiar with and some I was not. This book is especially good for sf/f writers who are writing worlds that don’t really exist. It forces you to think about the ways the smallest thing might not actually something small at all. I knew that time was important as a cognitive concept. I didn’t know how important until I read this book. Read it. 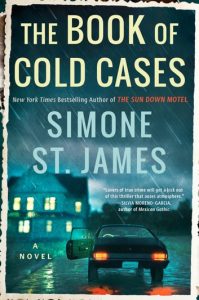 St. James, Simone, The Book of Cold Cases, Berkeley, 2022. I nearly quit this book in the first few pages because…

1. St. James never lived on the Oregon Coast. I did for 23 years. I’m not even sure she visited the Oregon Coast, although she got the rain right. There are no buses on the coast except for tourists, and certainly not buses that have a regular schedule that working people can use late into the night. If you have money, you live on the ocean, not on the lake. And the towns are all so small (even Newport) that if you’ve lived there for 40 years, everyone and I do mean everyone knows who you are.

2. I wondered why the heck someone would live in a house as haunted as the one in the book. I mean, that place is scary in a never-sleep-again kinda way.

Well, I’m glad I stayed. I pretended this was set in some big coastal city instead of the Oregon Coast. Someone should have edited this book so that we understood why a certain character stayed in that house much sooner than she did let us know. Once I knew, I was happy.

I remained happy. I couldn’t put this book down, and that’s one of the first times in the past two years that a book has held me as tightly as this one. It’s wonderful and scary and suspenseful and I had no idea what was going to happen next. So, pick it up. Realize you’re reading about some coastal city not in Oregon, and set aside an entire evening. Have fun. 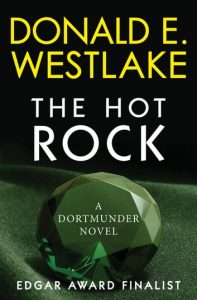 Westlake, Donald E., The Hot Rock, Grand Central edition 2001. The Hot Rock was originally published in 1970 and some of the creaks show, but very few of them. I had assigned this for an upcoming workshop. I looooove Westlake’s Dortmunder short stories, but hadn’t read any of the novels. That’s something I’ll have to rectify.

Dortmunder, for those of you who don’t know, is a hapless thief with big dreams. He manages to start his capers just fine, but they always end sideways or badly or weirdly. Dortmunder never gets the big score for a variety of reasons. His fans know that going in. The cool part is how this particular caper will get screwed up this time.

The Hot Rock is a huge emerald that Dortmunder ends up stealing several times, involving such things as helicopters and trains. It gets more and more convoluted as the book continues, and Westlake is such a master that we go along with each. And after reading this, I finally understand why Robert Redford was cast as Dortmunder. I always saw Dortmunder as a small man, a failure, but here, he’s described as a somewhat bright man with charisma who never seems to get things right. Given the roles Redford played around 1970, um, yeah. Works. I’ll have to watch the film at some point.

Wiens, Kandi, and McKee, Annie, “Why Some People Get Burned Out And Others Don’t,” Harvard Business Review. I can’t find the publication date on this article, but it was timely for me. My Pocket Reader dished this up for me as I’ve been coping with some very strange stress in my sleep of all places. (I think I’m processing the last two years.) So the link might be a bit weird. This one is worth reading, with lots of good tips.