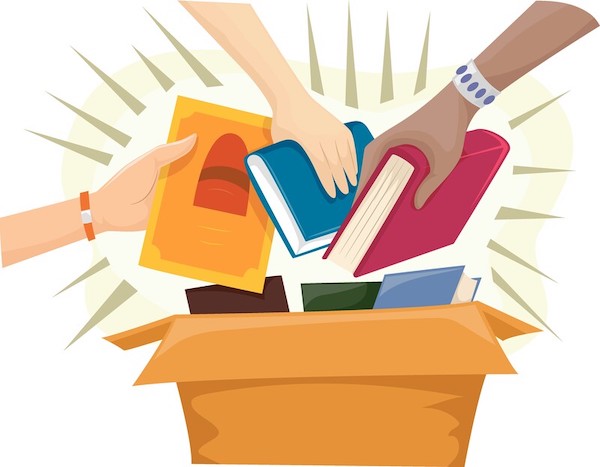 Well, Brandon Sanderson’s Kickstarter is one for the record books. It became the highest grossing Kickstarter about a month before his Kickstarter closed. And then it continued to make money, finally ending at $41.7 million.

Brandon himself estimates that when this is all said and done, and every one of 185,341 backers have received their books and swag, he will get roughly a high-end novel advance for each book. That’s disingenuous, though, because these orders on Kickstarter are pre-orders.

I have no idea how many of his readers didn’t want to spend money on Kickstarter or lived under a rock somewhere and somehow didn’t hear about the Kickstarter. Those folks will buy the books in a bookstore, either online or brick-and-mortar. Libraries haven’t picked up their copies yet, and to my knowledge, no foreign sales have been made yet either.

The earnings potential for these books has just started, and they technically aren’t published yet. (I dealt with that in my first post, oh so long ago, on this Kickstarter.) One more thing about the way that Brandon will earn money on these books: the publicity for this Kickstarter alone is the kind that money can’t buy. He’s been all over TV and the financial media, talking about the Kickstarter.

Of course, this has sparked a heck of a backlash, particularly from those who work or have worked in traditional publishing. Some regular readers of this blog made me laugh out loud with their private letters, telling me that Brandon won’t know what hit him at tax time and that this is actually bad news for writers because it gets their hopes up.

I dealt with a lot of the jealousy and the willful blindness in this post, but let me simply say this: Brandon knows business, and I’m sure he’s aware of the tax consequences. I’m also certain that he has advisers who will help him through the financial maze ahead of him, especially considering he’s done this before (albeit on a much smaller scale).

The jealousy, the back-biting, and the fear from traditional publishing folks was to be expected, I suppose. A lot of people don’t want to see success.

And as I predicted at the beginning of March, the bulk of the argument against (against!) this Kickstarter is that Brandon is a unicorn.

But he’s not. Any writer who wants to spend the time cultivating their fanbase can grow a huge Kickstarter. Brandon put a lot of time and effort into his. He does things that I know I could do, and over the years I have actively chosen not to. Not because I disapprove, but because I know who I am and how I work best.

That’s what writers do.

But let’s move past the pettiness and the stupidity to something much more important.

The fact that, no matter what the trad pub folk want to believe, this is a game-changer.

I’m writing this in early April. A few days ago, I read a thread on Facebook filled with my trad pub pals—some writers, some former editors, at least one publisher, and to a person they agreed that no other writer will ever have success at Kickstarter. Ever, ever, ever. It’s sad too, because (these folks said) now writers will become even more disillusioned than before.

Here’s the thing: as is often the case with traditional publishing, these folks were going with their gut and not looking at the facts.

Because as they were pontificating, writers were making more than their usual novel advances on Kickstarter.

And no, I’m not going to explain that. Instead, let me urge you to take the free class that we offer on how to do a publishing Kickstarter.

A quick search of the publishing category on Kickstarter, sorted for active campaigns, showed me book projects that have funded and brought in (so far) anywhere from $50,000 to $500. The bulk of these are in the $10,000 category per novel…which is, roughly, what any new writer can expect from traditional publishing these days.

Of course, if the writer goes traditional, their advance will be split into (at minimum) three payments. I also have to assume that anyone who is going traditional also has a book agent, and they’re paying that person 15%. So, instead of getting the money up front, these traditionally published writers are getting 85% split into payments scattered over a year or more.

Yeah, tell me again why traditional publishing is better.

We had our second Kickstarter of the year in the works when Brandon’s went viral. We were waiting to see if we were approved, and it was taking longer than usual. Then we heard from Kickstarter. They had gotten inundated in the publishing category with people who were finally trying to fund their novels.

Some just jumped in, without doing any research. Those folks who managed to get their projects approved through Kickstarter still haven’t funded because they have no idea what they were doing.

But a lot of people took our class and bought some books on Kickstarter and have put up some thoughtful publishing campaigns.

We had always wanted this, which is why we offer the free class. We wanted readers to understand that Kickstarter is another good place to find books. And now, people are beginning to realize that.

Brandon helped tremendously. Midway through his Kickstarter, he decided to back the other publishing Kickstarters. And because he’s good at videos, he highlighted several of them in this video. He also sent a list of what he backed to his backers.

What does this mean, besides him being very generous? What it means is that he is teaching his backers to look through Kickstarter as another way to discover books.

That’s 185,000 people who now know that they can find good books on Kickstarter. Often, those people can get the books early or at a discount or both.

Not all of those 185,000 people will ever back a Kickstarter again. Some of them will only back Brandon’s Kickstarters. But there’s a goodly percentage who will now browse Kickstarter as a way to discover new books.

The fun thing about Kickstarter is that it’s a great way to gauge reader interest in a project. We did so with Fiction River ten years ago. I was sorta kinda doing it with the Fey. I was wondering if readers even remembered the books, since they had been published so long ago.

We got a great response.

For a writer, Kickstarter acts as advertising. It also helps writers reach true fans, if they have any. A well-run Kickstarter can also act as another site for preorders.

Not every reader wants to be on Kickstarter. So a lot of readers will hear about the Kickstarter, and then preorder the book on their favorite site, from Amazon to Kobo to Barnes & Noble.

If the Kickstarter goes well, the book sales will go even better.

People who are trained in traditional publishing think that the sales up front, like a Kickstarter, are the only sales. But in indie publishing, sales can continue for years. Brandon’s first Kickstarter was for books that had been in print for a long time. He was just doing a special edition.

That whole velocity method that traditional publishers use is out of date in this modern world. Because they only function on that level—with the idea that the early sales are the only sales—they cannot and do not understand how this Kickstarter thing works.

Smart writers understand it, though. It’s another way to earn money on your writing.

Here’s the thing to remember: there is no quick way to make a million bucks as a writer. Everything (even that dreamed-of Hollywood deal) takes time.

So if you’re interested in this, study it, learn it, and figure out how to do it for you.

Kickstarter has become more viable for writers because of Brandon. I figure in a few years, even more readers will use Kickstarter to find new books. A lot more readers are there now, because of the work that Dean and Loren have done.

Start there with that class, even if you don’t plan to have a Kickstarter for a year or so. Then work out what is best for you. Some of you might have the ability to build a large and rabid fan base. Some of you don’t want to do that kind of work.

Be realistic. Figure out what you need and what you can do.

And then move slowly.

Kickstarter will be there for you as another tool in your toolbox. And because Brandon was generous, it’s a better tool in April than it was in February.

That’s great news for all of us.