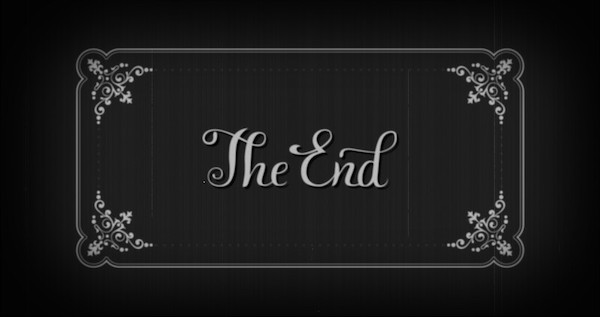 For more than a decade, writers have asked me what they can do to sell their existing books. I always tell them to write the next book. Some writers don’t have time for promotion. Others don’t have the constitution for it.

But all the ads in the world don’t work unless the writer has a lot of inventory. And when the reader is done with that inventory, they want more. They want the new book, the latest novel, the fifteenth book in the series.

Of course, there are other ways to get the attention of readers. I wrote about some of them in Discoverability. Even though the book is a few years old now, and some of the techniques are dated, I tried very hard to make sure that the concepts would be clear.

The concepts don’t date. They’re the same. It’s an attitude you need to have toward writing and marketing that will help both intersect.

There is one thing that I didn’t put in the book, and have probably not blogged about in 12 years of writing this blog.

The one thing that will sell your next book is the ending of the current book.

What made me think of this was a movie that Dean and I watched on Amazon Prime. The movie is called Parallel. We knew nothing about it before we watched it, except for the bit of advertising copy. The movie’s about multiverses, which we both love, and it looked promising.

When we watch something together, we have a rule: either one can veto the movie at any point in the movie. We figured this one would be an early veto. Instead, it was a good way to spend an hour-plus. The script was tight, the characters—though unlikeable—were well drawn. There were some quibbles (no way could those bodies have been disposed of easily), but they were minor.

The movie hummed along. It even had the perfect ending. I was enjoying it…and then some idiot tacked on a scene with a minute and a half left.

That scene ruined the movie. I have since looked at reviews, and everyone calls the ending a jumbled mess. Yeah. It is. But had the movie ended a minute and a half earlier, it would have been just fine.

Here’s what the ending did wrong:

What that last scene was going for was a gotcha! sequence that you often see in horror films. You think everything is fine, and then—nope—there are little plants growing in suburbia (as in Little Shop of Horrors) or a hand rises out of the grave (as in Carrie).

But Parallel, for all its terrifying moments, isn’t a horror film. It’s a science fiction film. It even tells you that midway through by quoting Arthur C. Clarke and Robert Heinlein.

The gotcha! ending doesn’t work in a science fiction film. The movie needs to be about the ideas and the characters, which it was, until 90 seconds before the end.

That ending pissed me off. And let me recommend that if you’re going to watch the film, you shut it off at the beginning of the gas station scene. Just quit. Because then you will have watched a nicely done sf movie.

Endings are really important. They have to be done right or the reader/viewer is going to be turned off completely.

What does “right” mean?

It means offering an emotionally satisfying ending, one that says “The story is over, and here’s the emotion you’re left with.” Sure, we all know that the couple in a romance will marry, have kids, fight before bedtime, and occasionally storm through the house. But they’ll still be together at the very end. They’ll probably die on the same day around their 100th birthday, hands clasped and declaring their love for each other in whispery voices ravaged by time.

The mystery ending will put order on chaos. Not every mystery ends with the killer behind bars, but at least we know who done it. And we know what the repercussions are.

Science fiction and fantasy are tougher, because they don’t have set endings. But if you’re doing adventure fiction, then the adventure needs to come to some kind of conclusion.

The real key to all fiction is an emotionally satisfying ending, one that ends, and does not leave things hanging. You certainly can’t introduce new ideas in your last chapter that changes or contradicts what has come before.

If you are going to change or contradict what has come before, you must set the seeds for that earlier. Little teeny hints of things not being as they seem.

And if you kill your protagonist, well, we need to know that on page 1, paragraph one, or even in the title.

“On the day that Devon died, he discovered the secret of the universe….”

Usually readers forget that you told them Devon would die, but when they get to it, they go “oh, yeah” and are okay with it. If you have Devon discover the secret of the universe and then hit by a bus without any warning at all, no one will read your next book. It’s that simple.

So the conundrum comes when you’re writing a series or linked stories. Most writers opt for the stupidest and least effective way of handling it.

They just end the action, with nothing resolved.

If you, as a reader, turn the page to find no more words, the writer has screwed up. They did not ease you out of the story.

How do they do that?

The story of the novel must end. The series story continues.

Until Avengers: Infinity War, Marvel movies were great at endings. They gave you the saga story and you could leave after the final scene. Or…wait through the credits and get a small teaser for the next movie.

Avengers: Infinity War was really part of a 4-hour movie, and the Powers That Be fucked it up. They didn’t let us know it was part one. Even then, the downer ending would have been tough. But we would have known the ending was coming—even if it was badly handled.

There was a teaser, which really wasn’t a teaser at all, but a necessary element to bring butts back to chairs. It barely covered the mistake-filled ending.

What you want to do is get the characters to the place where they can regroup or reflect, figure out how to fight another day—or not. But we have to know they will move forward, so that we the readers can move forward.

Writing endings in series books/movies is tough and it’s an art form. Even the best of us screw up sometimes (hi, Marvel). If readers have a long-term commitment to the project, like I did with Marvel movies, the readers will come back, but reluctantly, and with a chip on their shoulders.

I went to Avengers: Endgame with an attitude—They better not screw this up— and I wasn’t alone. They didn’t screw it up, fortunately, and it became clear that the two movies were really one movie. But they were lucky. Movies are even tougher to hold together than books are, because so many hands get into the creation pie.

When you’re on your own, you can do the ending right.

But what if you’re not writing a series? What if you’re writing standalone books? How do you bring the reader to the next book?

You do it by making them love your ending.

It had the perfect ending, reader you will tell your friends.

The perfect ending fits the genre and subgenre, but it also surprises. Or, if it doesn’t surprise (no one is surprised by the happily ever after in a romance) on a plot level, it surprises on an emotion level. (I didn’t expect the romance to make me cry with happiness. Or I didn’t expect all that tension in the middle. Or I had no idea how they would resolve all those problems they had as a couple in a satisfying manner, and yet they did!)

In their hearts, readers would like to have the experience of reading that wonderful book for the first time, all over again. But they know they can’t have it. So they’re trusting their new favorite writer to give them another great experience, one they hadn’t known they wanted, in the very next book.

All because the current book ends as it should. Or, better, ends really, really well. It has all the feels—even if it’s a horror novel, and it leaves them horrified.

A reader can forgive a mediocre or even trite ending, as long as it fits with the book.

But a reader will not forgive a bad ending—one that changes the nature of the characters or that contradicts everything that came before or kills off everyone we loved with no warning whatsoever.

Don’t be one of those pompous idiots who is “trying to change the genre.” Or “challenge the reader’s expectations.”

Learn your genres and subgenres, so that you know a book with romantic elements is different from a romance novel. A cozy with everyone dead at the end isn’t a cozy. And a noir novel with a happy ending is not noir.

Think about how you have felt when a writer screws up the ending to a book you spent hours reading.

Don’t do that to your readers.

Make sure your endings work. Endings point the way to the next book.

Make sure the road is clearly marked.

Make sure your endings work.

It’s not just an important part of craft.

It’s also important to your career.

“Business Musings: Endings,” copyright © 2022 by Kristine Kathryn Rusch. Image at the top of the blog copyright © Can Stock Photo / ivOlga