I got a lot of reading done in April, but never had time to update this post. That’s why it’s late. I was trying hurriedly to finish the next Fey novel, and everything else seemed to get thrown overboard.

Much of what I read I liked, which is a nice change of pace from earlier in the year. I also think I’m a bit more open to things than I was in those last throes of the horrid pandemic surges. (At least I hope those are the last throes.)

You’ll note that all of the books came out before 2022. The oldest was the most recent to arrive in my home. When people talk about discoverability, they should keep in mind that readers read something when it comes to the top of the pile, not when the book was published. I read the Meyer as soon as I heard of it, but the Bowen was on my shelf from 2019. I couldn’t read a lot of romance during the worst of the pandemic.

All kinds of different books here as well as a couple of articles. I hope you find something to read! 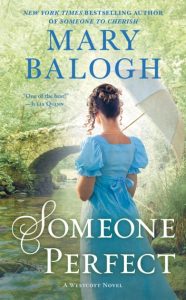 Balogh, Mary, Someone Perfect, Berkley, 2021. I wondered why I hadn’t seen anything from Mary Balogh in the last six months. I knew she was finishing up her Westcott series and I expected one more book. I figured maybe she got delayed by the pandemic, and the book wouldn’t be out until July. So imagine my surprise when I looked her up by name and found a book I hadn’t preordered!

This book came out in the fall of 2021 to absolutely no fanfare, so far as I could tell. Traditional publishing promotion has reached new levels of suckitude. I saw nothing about this book anywhere.

I got the book and read it immediately, although I am surprised that it is quite tangential to the Westcott series. No one here is a Westcott. They’re related by marriage. The book is filled with family secrets which I love and misperceptions, which I also love. So somewhere in the middle, I found myself reading very fast, trying to find out what would happen next. I’m not sure if this was the best way to end a series, but the book itself was lovely. 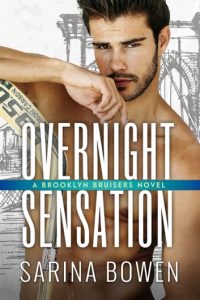 Bowen, Sarina, Overnight Sensation, Rennie Road Books, 2019. The title on this book is misleading; it’s not about an overnight sensation. That’s a nickname for the hero, from a previous book. This is one of Bowen’s Brooklyn Bruisers books although she probably couldn’t call it that in 2019 due to her traditional publishing contract. Hockey player Jason Castro falls for the boss’s daughter, although he doesn’t know she is the boss’s daughter, not at first. The emotional entanglements are fun and the book is compelling.So compelling, in fact, that it took me days to realize one major plotline was unresolved. No matter. This is one of the better Brooklyn Bruisers books.

Carr, Elizabeth J., “The Day Motherhood Changed,” AARP The Magazine, December 2021/January 2022. Here’s something we all take for granted now—the possibility of in vitro fertilization. I was a bit stunned when I realized that I had forgotten how momentous this was. I remember the coverage of Louise Brown’s birth, in England, in the 1970s. I remember thinking, like everyone else, how miraculous it was.

I had forgotten, if I had ever known, the name of the first person born through IVF in the U.S. That’s Elizabeth J. Carr. She writes about the strangeness of her position in the world and reminded me of something I’d long forgotten.

I read this in April, but am typing this in May—after the leak of the horrifying Supreme Court draft opinion on abortion. That assault on the rights of women makes it all the more important to examine the changes that have enabled women to live better lives. IVF is one of those changes, but back in the day, it was demonized just like abortion is now. (And if you come on this blog to defend that draft opinion, you will not only never see your comment here, you will be blocked. It would do you good to remember that I’m female, and this draft opinion has deeply, deeply angered me and offended me. Your little screed will not change my mind; a screed will just convince me that you’re a misogynist and not worth my time.) 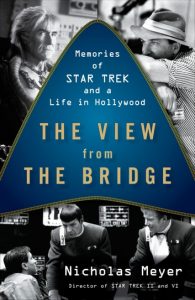 Meyer, Nicholas, The View From the Bridge: Memories of Star Trek and a Life in Hollywood, Plume, 2010. Somehow I missed this book when it came out. I only found out about it from reading an article about Meyer in Mystery Scene. The book is filled with Hollywood and storytelling tidbits, as well as Sherlockian and old Trek lore. The stuff Meyer put up with in Hollywood is the kind of thing that nearly destroyed me in traditional publishing. Only he dealt with it on project after project after project. I simply don’t have the stomach for that. This is must-reading for anyone who wants a career in film. If you can put up with the kind of rejection and loss that he did daily, then that job is for you. Otherwise, stick to writing books.

Okeowo, Alexis, “Eyes on the Prize,” Vanity Fair, 12/21-1/22. Excellent and enlightening article about the woman behind the 1619 Project. I had read about Nikole Hannah-Jones before, but only about her brilliance and scholarship. This article addresses all of that, of course, and also the toll that the hate coming from the extreme right has taken on her and her family. I almost wrote that I don’t know where this is coming from, but I do. The hate comes from the unresolved bigotry at the heart of the American Experiment. Any time someone tries to properly address that bigotry, particularly its history, that person gets bombarded by shit from the very people who still want to believe the lies. It’s sad. This article is free on Vanity Fair’s website. You should read it (as well as the 1619 Project).