Business Musings: Behind: Writing With Chronic Illness (A Process Blog)

Business Musings: Behind: Writing With Chronic Illness (A Process Blog) 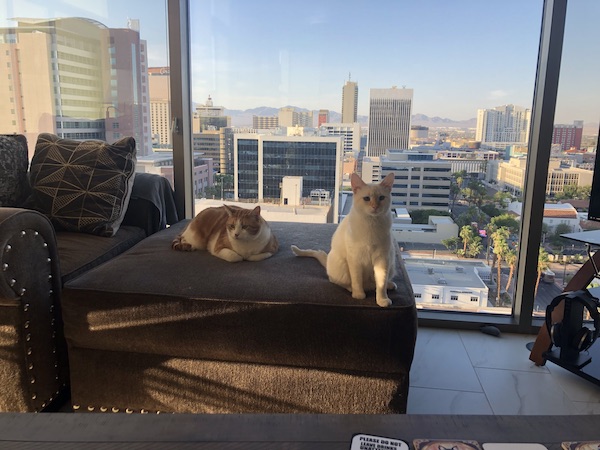 I hit a perfect storm in June. I knew I was going to be behind by the time I hit the end of May. I had actually planned to be somewhat behind on various projects because I knew I had the summer to catch up.

But I seriously underestimated the time it would take to do one particular project. And I found myself getting exceptionally tired after the busy May, which I chalked up to a complete change in schedule and a mountain of socializing.

Um…nope. That wasn’t the problem.

In April, my doc discovered a relatively minor (for me) health problem and we decided together that a particular supplement would solve it. I have trouble with supplements; I’m allergic to many of the ingredients (the added ingredients). So, with her advice (take this every other day at a lower number), I researched the best supplement for my health needs, one that had pretty much the missing nutrient in my life and nothing else.

And…my body decided, nope, no, not this thing. Not at all.

Turns out that the way this missing nutrient is made for supplements is chemically derived and many of my allergies are chemical based. (I’m not going to say much more, so don’t ask what this is.)

It took two months, but my body finally said, Let’s purge this evil thing from our system. And it did. Repeatedly. Until all trace of it was gone.

The thing was, as this happened, I realized that I had been slightly queasy and somewhat headachy off and on for the entire two months. I was so used to being sick from before (see Writing With Chronic Illness) that I was used to functioning at reduced capacity. What I was going through for those two months was nothing compared to what I went through from about 2010 to 2018.

In other words, most people would have caught this before their body reacted in such a dramatic fashion.

There was no working in the first week after this, and then, I had to recover. It took another 10 days or so to feel close to normal. (Note the photo: Gavin and Angel were really confused by my behavior for the entire week I was down.)

I’m back now—have been for two weeks, but I found myself doing triage. I had some do not miss deadlines that I was about to miss. So I used all that returning energy to hit those.

Now I’m at the do not miss deadline phase for deadlines that had maybe skosh of wiggle room. And, as I write this, it’s July first. June was tied up with illness and with panicked work on finishing nearly done deadlines.

It doesn’t feel like I lost June, per se, but it does feel like a weird form of time travel. It was the end of May and now, with nary a blink, it’s the beginning of July.

And I have to recalibrate my entire summer. Or what is going to be my summer. Because four weeks vanished. I had a 13-week plan. Now I’m down to nine.

(School starts at the end of August. Technically, it’ll still be 100-degree summer here, but my brain [trained from living first as a professor’s daughter, then as someone who had lived in college towns for years] believes that when the fall semester starts, it’s fall. Yeah, I know. But you know what I mean.)

I have to revamp everything. I’ve upped production on some things. I’m still doing triage on others. But I’m also making sure I don’t skimp on important things, like enjoying my life. We have theater tickets for events all summer long; we missed two due to me being ill, but there’s more to come. Plus, I’d like to see a basketball game or two (WNBA Aces are at the top of their league right now), and there are some movies that I want to hit as well.

I need to add this before some of you comment, though. I’m not upset about what happened. One person asked if I was going to fire my doctor. Why would I? We both agreed that this would solve a problem, and neither of us knew that I would react like this. It’s not her fault any more than it is mine.

Some good things did come of it as well. I made some lifestyle changes I’d been thinking about. The situation made me stop everything I was doing so it was the perfect time to implement the changes. And I’m feeling better because of those.

I have to make some nutritional changes to try to mitigate the original problem, but those are actually tweaks. I was pretty close, just not every day. Now I have to hit it, every single day.

But one of the most fascinating things that always happens when I’m hug-the-couch sick is that I come up with new writing ideas at those points. For example, I came up with the Retrieval Artist series when I was woozy from bronchitis. Not all ideas are that big; sometimes they’re short stories or new editing projects.

This time, I watched a lot of TV because for the first few days, I was too sick to read. And I came up with some short story ideas, a few blog analogies, and a couple of realizations. Either my subconscious gets freed when I’m that down or my critical voice gets to work on berating me for getting sick (that’s my mother’s voice, and I’m learning how to get rid of that one) or I’m just consuming different stories than I usually do. Or all of the above.

Whatever it is, it’s a sideways kind of productive. I’m old enough now to know that if I’m patient, whatever the illness is will either pass or move to such a critical phase that I’ll need intervention. This one did not require intervention, except to make me slow down once I started feeling better. (Dean can be a saint sometimes.)

What I’m doing these days, besides frantically trying to get things done, is making lists, looking at calendars, and figuring out what can be jettisoned, what can be delayed and what can be reworked.

I’ve mentioned in previous process blogs that I expect to revamp my schedule in June because the first six months of the year never quite go the way you (I) expect. (Honestly, the year never goes like I expect, but that’s a slightly different thing.) I knew the revamping had to come; I just didn’t expect it after five months of work instead of six.

The key now is to return to the work-life balance, and make sure I continue enjoying the writing as well as the daily exercise. The other thing I lost was my 3-year 10,000 steps per day streak. I didn’t hit 10K for 10 days after the onset of symptoms, so I’m starting over with that as well.

The difference between starting at the end of May and starting at the end of June is about 15 degrees—98 degrees at the heat of the day versus 113. I decided in March not to get up early to run this summer, to use the gym instead, and that’s what I have to do. I walk in the morning heat but I can’t run in it.

The timing of all of this wasn’t bad, though. I wasn’t in school (no homework) and much of what I’m doing, past the OMG-don’t-miss-it deadlines, is getting ahead, so that I have time for school in the fall.

So I’m behind on getting ahead, if that makes sense. I can stay in this position, but I don’t really want to. I want to make sure that the fall writing deadlines are met or on the way to being met before the semester starts.

Then I can keep up my daily word count without panicking, and my step count without complaint, and do all the other things planned for the fall.

It’s a really strange place to be because I haven’t been this kind of (normal person) sick for maybe two decades. In the past, it’s been get sick, get a little better, worry about having it happen again.

I’m sure I will get (normal person) sick again, but it will be like it is for normal people—a surprise. The fact that I’m back writing and running and doing Pilates and keeping up a normal schedule means that there were no lingering health effects. (Weirdly, the lingering health effects are positive; I made those changes that I mentioned above.)

But I can accept that they happened and start moving forward again.

One thing that kept going through my mind through the month of June is that old Yiddish proverb: We plan, God laughs. Yeah. That kinda defines June of 2022. Not just my June, but the June of the entire country. (For those of you outside the U.S, the political news was never-ending.)

My lists aren’t about planning right now. They’re aspirational. I want to do all of these things before the end of August.

I had to make the lists to see if all of those things were possible. They are, without losing the work-life balance I was discussing above. Another week or two and they wouldn’t have been.

Now, I’m looking at all of this more like a challenge than a series of deadlines. Let’s see if I can do all of this.

I’m glad I’m going to get the chance to try.

7 responses to “Business Musings: Behind: Writing With Chronic Illness (A Process Blog)”