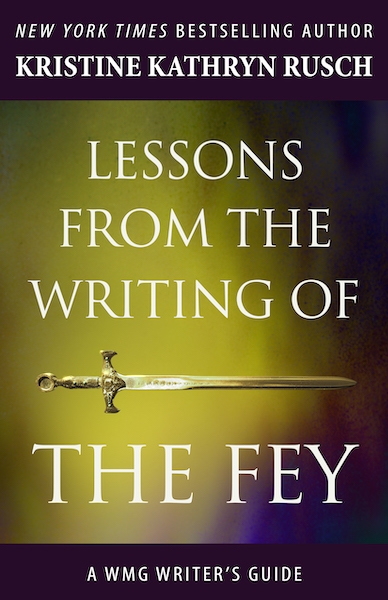 First, a new Fey book…only this one is nonfiction. Writers, you’ll want to read this one. It’s called Lessons From The Writing Of The Fey.

Lessons was an initial part of the Fey Kickstarter. I promised everyone that I would talk about the writing and the weird behind-the-scenes publishing saga. Sounds easy, right? It was tough to write, because it was painful. I had no idea, really, all that I—and the Fey—had been through, until I wrote this book.

The book explains all kinds of mysteries, such as why the fourth book once sold for hundreds of dollars and why there was such a long hiatus between books.

Here it is, for writers and readers alike. If you didn’t get a copy through the Kickstarter, you can get yours here. I think you’ll enjoy it. 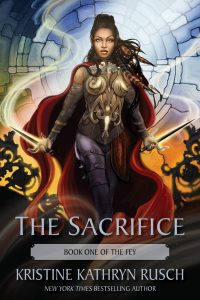 Second, I’m deep in the new Fey saga. It’s a historical saga…meaning it takes place before the events of the original Fey books. (I needed to write this to explain something to myself.) Many of you have already read the novella, The Reflection on Mount Vitaki. There are at least three full novels after that. I’ve finished the first one, The Kirilli Matter, and I’m going over the second one to make sure all the details align. The third one is about two-thirds done. Then I have some other books that take place after the original Fey saga to finish. Yes, once we got me going (with the Kickstarter), I’m well underway.

We’ll have a new Kickstarter in the fall. You’ll be able to get a copy of The Kirilli Matter before its official release date in 2023. We’re also debuting the cleaned-up versions of the original Fey books. (The others had editing errors from their experiences in traditional publishing.) The cleaned-up versions will have be released with brand new covers right after the Kickstarter.

I have never been pleased with the Fey covers. The early ones in the U.S. were…well, awful. The ones we did at WMG Publishing were okay, but never really captured the series. It took a lot of iterations, but we’ve finally hit on a look all of us like.

Echo Chernik is the cover illustrator, and Allyson Longueira is the designer. I’m sharing the cover for The Sacrifice. I’ll reveal the others as we get them.

And….a reminder: Only a few days left on the Pulphouse Subscription Drive Kickstarter. If you subscribe or renew through the Kickstarter, you’ll get a discounted subscription price ($30), as well as extra anthologies and at least one workshop, depending on how many stretch goals we hit. We’re at one workshop as I write this; there might be more when you see it. So hurry on over for that. You’ll find some great deals and even better reading. And yes, I have a story in every issue.