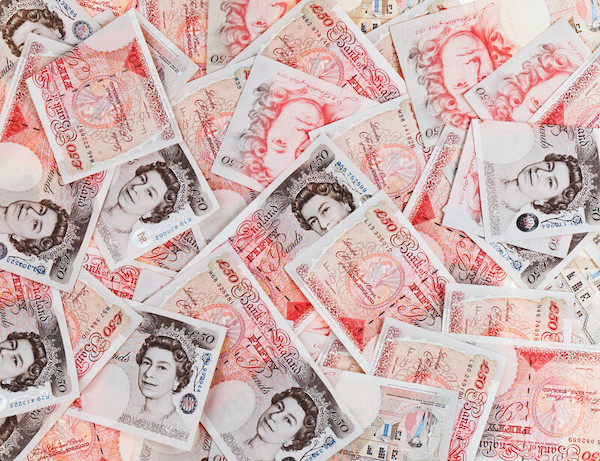 She did all of this with the song, “Running Up That Hill (A Deal With God),” which she first released in 1985. The song, which initially hit #3 on the U.K. Billboard charts when it was first released, has spent weeks at number one this summer.

The reason? Bush licensed the song to the Duffer Brothers and Netflix for use in the current season of Stranger Things. They didn’t just use the song in one little moment. Nope. The song is pivotal to the entire season.

And…before you all give me spoilers, let me say this: I have not seen the current season yet, due to lack of time. I’m sure others are saving their Stranger Things viewing for some other point as well. So, shhhhhhhh.

While that’s all good and notable, what’s truly notable is that Kate Bush owns the entire copyright in “Running Up That Hill.” With music, owning the entire copyright means that she gets revenue from many slices of the song’s pie. Not counting all of the other revenue that’s coming from a resurgence of interest in all  of her music.

According to Music Business Worldwide, the copyright for “Running Up That Hill” is owned by Noble & Brite, Ltd, a British company wholly owned by Kate Bush. UK Companies House, a British government organization that incorporates and dissolves limited companies, as well as gathers company information and disseminates it to the public, Noble & Brite, “had GBP £2.37 million in cash on its balance sheet at the close of May 2021.”

Bush earned that much this summer in just two weeks, after Stranger Things fans heard “Running Up That Hill” for the first time.

Bush doesn’t just own that song. She owns the copyright in the album, Hounds of Love, as well as the rest of her biggest hits.

Those hits are distributed by Warner Music Group. But they are owned by Kate Bush.

They’re not even credited as being licensed to anyone.

Well, except the Duffer Brothers and Netflix for Stranger Things. But Kate Bush made that decision herself, as a fan of the series, after Nora Felder, the show’s music supervisor contacted her through Sony Music Publishing (why there, I’m not sure. Licensing is a fascinating byzantine thing, sometimes).

Kate Bush is selective when it comes to licensing her music and because of that, we made sure to get script pages and footage for her to review so she could see exactly how the song would be used.

In discussing the process on her website, Kate Bush wrote:

I’ve just watched the last two episodes of Stranger Things and they’re just through the roof. No spoilers here, I promise. I’d only seen the scenes that directly involved the use of the track and so I didn’t know how the story would evolve or build. I was so delighted that the Duffer Brothers wanted to use RUTH for Max’s totem but now having seen the whole of this last series, I feel deeply honoured that the song was chosen to become a part of their roller coaster journey. I can’t imagine the amount of hard work that’s gone into making something on this scale. I am in awe. They’ve made something really spectacular.

And then, because she’s a business person, Bush warns fans away from unofficial merchandise. You have to love that.

So how did a twenty-seven year-old woman at the beginning of her career in the 1980s, before the internet gave fans easy access to music, get control of her own copyrights?

She hated working with the studios. By the age of 27, she was burned out and exhausted, so she went back to the countryside where she was raised and “built her own 48-track studio in a barn, where she could better access her own intuition, her internal rhythms, working at her own pace to craft her most forthright sound.”

According to the LA Times, Bush had quite a continuous battle to produce her own work.

But that battle, which must have felt impossible and nightmarish at times in the 1980s, put Bush in the position to make millions in just a few weeks nearly thirty-seven years later.

Could she have foreseen this?

But synching her music with film? That license has existed since films acquired sound technology.

I’m pretty sure the young woman who only wanted to control her sound and her music was not thinking about possibly licensing this anthem in the third decade of the 21st century.

But I’m also sure that Bush became quite aware of the possibilities of music licensing as she learned all the parts of her business.

Copyright control, as I constantly tell you, exists for decades. In the U.S., the artist can control her copyrights for 70 years after her death. Which means estate planning is crucial.

But here’s the kicker:

As of the beginning of July, “Running Up That Hill” earned $2.3 million in streaming royalties alone, if the song had a standard deal with the streaming companies. (That’s something we don’t know.) According to Music Business Worldwide, she will get 80% or so of that money directly…or $1.84 million.

Does that sound familiar, indie writers? Not the $1.84 million in three weeks…although that could happen with the right licensing deal or a runaway bestseller.

Had some other musician had the same slot as Kate Bush in Stranger Things, more likely than not, some major music corporation (like Warner Music Group) would have made most of that 80%. Because Kate Bush owns her own copyright in the entire song, then she’ll make all of it…and all the money from the auxiliary sales too.

Why am I telling you this now?

Because of last week’s post about agents. Even indie writers seem to think they need an agent to go into Hollywood, and agents have become predatory. So have many other managers and management companies and others.

Those companies know the long-term value of intellectual property. That’s why the phrase shows up in almost every article in The Hollywood Reporter, why everyone from agents to publishing companies to movie producers, want to own all of some writer’s (or musician’s) IP.

Easier to hire a scam artist, I guess.

People, look around. The news about old IP getting brushed up for a new generation is everywhere. I write about this a lot. But you can find it for yourself.

Before you sign any contract or as you read some terms of service, ask yourself: Will future me be happy with the terms of this deal? If I have an opportunity to license a part of my book in the future, will I even have the right to do so?

Do you think it can happen to you? Naw, none of us do early on. Note that’s not why Kate Bush ended up owning her copyright.

She ended up with it because she wanted her music’s vision to be her own.

And you know what? The best way to make sure that your vision is yours is by owning the copyright.

Yes, defending your work is even harder.

But it’s your work. You (and your heirs) should profit off it, not someone else.