July was a good month for reading, only I can’t share much of what I read. I read wonderful manuscripts in my Romance Spies in-person class. The class was an advanced class, so all the writers were good. They were just trying a subgenre that some of them were unfamiliar with. I read incredible stories, and I hope those hit print soon enough.

As a result, I didn’t read a lot of novels or really a lot of outside fiction. Then I got really busy the last week of the month, trying to hit other deadlines, and my reading time got truncated. I only have two novels to recommend to you, but I have a number of articles.

I also had a frustrating nonfiction experience. I toyed with giving the name of the book, but it’s a 2011 volume, and probably no longer even available. It was a weird mix of true crime and fictional crime. Billed as an overview of women detectives in fact and fiction, it started bothering me from the first, but I couldn’t put my finger on why. Then I started perusing the footnotes and realized that the woman who wrote the book did damn near no primary research. She just mentioned quotes and opinions from other people’s work. Which meant her conclusions were often male-dominated (women are soft creatures, who focus on hearth and home) or many times just plain wrong. I quite after she called Sara Paretsky’s V.I. Warshawski a homebody who spends a lot of time with her family. Um…V.I. stays in Chicago, yes, but her family is dead. She has a friends-family. I finally gave up. I was so annoyed at the quality of scholarship (throughout) and the fact that I had wasted my time reading 100 pages, that I wanted to write a nasty review/post/something. Then I realized the book is 11 years old, out of print, and no one else has it. It has already met its fate. So…I’m breathing and letting it go.

I did make some great discoveries and read some nonfiction that made me think. All shared below. Balogh, Mary, Remember Love, Berkley, 2022. I’ve been talking about this book to everyone who writes because the opening is a writing tour de force. A very quiet writing tour de force. Balogh describes a perfect day. Literally perfect. Yes, there are hints that something might go awry, but the hints are so small that most readers won’t notice. She writes 130 pages about this day. I was riveted. I knew something would change (the damn cover copy spoiled that), but I didn’t know what or how…and when it did, wow, I was so hooked that I couldn’t put the book down. One of the best books I’ve read all year, if not in the past several. I’m so impressed. I have no idea how she pulled this off.

Barnidge, Sandra Knisely, “The Matilda Effect,” On Wisconsin, Spring 2022. Wonderful article about women in science. More to the point, about a woman who is trying to rescue the names of important women lost to history. Margaret Rossiter was baffled that there weren’t more women who worked in science, and then she found out that there were, but no one wrote about them–or rather, the curators of scientific history didn’t think them important. Read this. It’s a beginning, but a good one.

Carter, Ally, I’d Tell You I Love You, But Then I’d Have To Kill You, Little, Brown Books For Young Readers, 2009. I always assign a book or two that I haven’t read for the in-person classes. It keeps me on my toes and helps me teach the class, because of surprises. I picked two for the Romance Spies class. One book was so awful that I’ll only say that no romance should have a schoolful of dead kids and a rape scene. Bleck.

This book was a breath of fresh air after that other book. It’s not a romance either, even though it’s billed as one, because the ending is wrong. (Romance fans should understand that reference.) That doesn’t stop this book from being one of my favorites for the entire year. Set in a school for girls…who will grow up to be spies…this novel is the first in a series. Yes, the second book is on my shelf, waiting for me. I liked this that much. The characters are fun, the voice is spectacular, and the teenage girls are…girls, not little adults. Highly recommended.

Chaptman, Dennis, “Honor Roll: bell hooks,” On Wisconsin, Spring 2022. I suspect most of you have no idea who bell hooks was, but I loved her work and her v 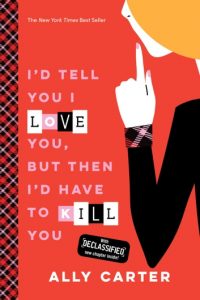 oice and her fearless outspokenness. I had no idea she attended the University of Wisconsin. She was so influential in my life and work. Take a look at this little piece about her and then maybe look up one of her thirty books.

Kassulke, Natasha, “Maps of the Millennia,” On Wisconsin, Spring 2022. This is totally cool. (There’s a lot of totally cool stuff in this issue of On Wisconsin.) This piece points out that for 40 years, UW-Madison’s History of Cartography Project has tried to be a reference work of maps and map history. And it’s online! So check this all out. I geeked out over it.

O’Connell, Mikey, “Everyone Here Has Experienced Crushing Humiliation,” The Hollywood Reporter, June 13, 2022.  A fascinating roundtable discussion with six showrunners on popular shows right now. Includes Jenny Lumet, who in addtition to The Man Who Fell To Earth, is also doing the various Star Treks, Ben Stiller, and four others. The title says it all, but really, this piece is about resilience. Writing is not about being creative and having everything fall in your lap. It’s about trying and trying and trying until something works. When that stops working, then try something else. Really worth reading.

Rose, Lacey, “‘You Want Therapy With That?’: Samuel Jackson, Michael Keaton, Oscar Isaac, and the THR Dramatic Actors Roundtable.” The Hollywood Reporter, June 8, 2022. I enjoyed all of The Hollywood Reporter’s Actors Roundtables this year, but this one really struck me. For some reason, these men really pulled strong answers out of the other men. Lots of discussion of risk in art, as well as longevity in art. Worth the read.