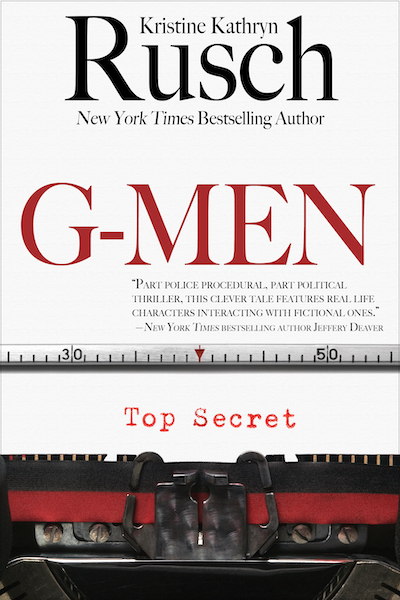 The acclaimed short story that inspired the award-winning novel, The Enemy Within.

February, 1964: Two men die in a squalid alley in a bad neighborhood. New York Homicide Detective Seamus O’Reilly receives the shock of his life when he looks at the men’s identification: J. Edgar Hoover, the famous, tyrannical director of the FBI, and his number one assistant, Clyde Tolson.

O’Reilly teams up with FBI agent Frank Bryce to solve the high-level assassination before the murders unleash even greater consequences.

Two different best of the year collections, including the prestigious Best American Mystery Stories, chose “G-Men” as one of the best stories of 2008. Nominated for the Sidewise Award for Best Alternate History.

“G-Men,” by New York Times bestselling author Kristine Kathryn Rusch, is free on this website for one week only. The story’s also available as an ebook through various online retailers here and is included in the collection Crimes Collide, Vol. 2, which is available in ebook, trade paperback, and hardcover here.

“There’s something addicting about a secret.”
—J. Edgar Hoover