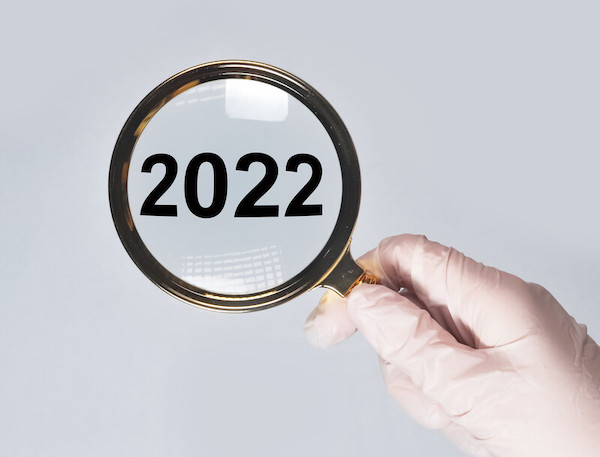 This year has been ridiculous. I have no idea why I expected it to be otherwise. I guess there’s a part of me that expected the world to return to normal, even though I’m one of the people who has said since March of 2020 that there would be no normal, at least not what we thought of as normal in 2019.

Every industry is changing. The fluctuations in the real estate market have been insane. Imagine, in the space of two years, going from a “normal” market to an all-you-can-sell-at-any-price buffet to the slowest market for sellers in almost two decades. The changes in higher education have just started. There aren’t as many students attending college right now, and those that are entering do not have the interpersonal skills that their peers had three years ago. Then there’s the financial markets, cryptocurrency in particular. That’s another wild ride.

And we’re not going to talk about punditry and elections and the changes on the political map. They’re just starting as well. (Thank you, Gen Z.)

As I said two weeks ago, we’re building a new world—not just in publishing, but in general. The pandemic broke a world that was already going through some slow-motion ruptures. I knew we were going to have to rebuild. History shows that the rebuilding will mean that we are entering a new and unrecognizable world.

I simply hadn’t expected the changes to be so quick.

Nor had I expected some of the things that happened this year.

I’ll try to point out what I see as I write that blog—or that two-part subseries of blogs (which is what it looks like I need at the moment).

Then, of course, there are the changes in social media. The Atlantic even stated (at least in a headline; I haven’t read the article yet) that social media is dead. I don’t think it’s dead, but I do think it resembles the poor guy in the plague cart in Monty Python And The Holy Grail, who sits up and says, “Not dead yet.”

Or maybe it’s Mark Twain: Reports of my death are greatly exaggerated. (Okay, what he really said was, “The report of my death was an exaggeration,” but the misquote is better.)

But you get the picture. I suspect social media as a thing is losing its impact, but like the telephone, it will never really die.

Anyway, we’ll discuss the implications of that.

We’ll also discuss the new ways—yet again—of selling books. The rise of crowd-funding in 2022. (Yes, the biggest publishing Kickstarter was this year, even though March feels like 3,000 years ago.)

Trends in movies and streaming are important, as are the deals that were made or have fallen through in related industries like comics and music. And then there are the reminders, from Kate Bush to Clive Barker, as to why it’s important to control your own intellectual property, rather than sell most of it to some corporation. At the beginning of your career, anyway, although some folks are also showing us how lucrative giant copyright sales can be near the end of an active career.

Then there are the changes that are only just starting, with AI art and AI recordings and deep fakes and more. All of those will have a major impact on the entertainment of the future. It’s going to take some work for writers to figure out how they fit into this new world, and how they can use those tools without harming other artists.

I sent out a call for information on new tech a few months ago, but didn’t hear a lot of enthusiasm about anything from anyone—except a discussion of the AI products, above. And most of those comments were fearful, not enthusiastic.

Advertising has become less effective on all platforms, which is not a surprise. No one has come up with a cool new way of getting the attention of readers, which is a surprise. Usually writer/marketers are more inventive than that.

But right now, no one—and I mean no one (not streamers, not podcasters, not those I would rather market than write types) have figured out how to do effective marketing to the masses. Targeted marketing has become common, and microtargeting even more common.

We’re leaving a lot of pandemic behaviors behind. A traditionally published friend of mine who has a large following just completed an old-fashioned traditional book tour, and because he’s nice and personable, drew good sized crowds. Did he sell books? Not enough to make back all the money his publisher spent on the tour. But he might have helped a bookstore or two.

Booksellers are opening their doors to events, which were dying off before the pandemic. Now, it seems, everyone wants to get together with everyone else, so events are drawing crowds. Or at least, bookish crowds.

Because of the success of Bridgerton and a wide variety of other projects, the movie/TV industry once again believes that optioning books (and comics and games and podcasts) is the way to go. This too shall pass, but it’s somewhat lucrative right now for the writers who know what they’re doing, which is to say, damn near none of them.

This voracious need for content, from moviemakers to streaming services to podcasters, will only increase, but it also means that the quest for eyeballs on the products will become more intense. We’ll look at that as well.

And then we’ll circle back to events. Right now, books are being published by megabestsellers, but not getting promotion. Movies are being made with superstars, and no one knows that the movie is out (mostly on streaming). Albums are being dropped, but unless you’re in that artist’s ecosystem (or listen to some kind of genre radio), no one knows about it.

Even Taylor Swift’s new album had a short cycle in the entertainment media.

It’s strange and only getting stranger.

I predict—yes, predict—that it’ll take at least five years for this to shake out, maybe even ten.

But what do I know? This truly is a new world, in all things. The change might only be visible in hindsight (as it was after WWII). Or we might be in a “between the wars” kinda era, such as the one that happened for the entire world between WWI and WWII. That was a relatively short 20 years, with events that had an impact on the future (The New Deal, right, Americans?) but which were not well understood at the time. And the impact on publishing of that period between the wars…well, it was strong and it became somewhat irrelevant quickly.

We’ll see though. I’m actually looking forward to the year ahead. I do feel like I’m getting a grasp on change, even as I’m seeing the old world die some pretty horrible deaths.

I’ll try to deal with all of that, upcoming. It will take me to January 1, if not longer, but I’m going to try to hold the comment about 2022 to 2022 wherever possible.

That might mean a few exceptionally long blogs. Bear with me on that.

And if you’re seeing trends that I haven’t vaguely mentioned above, please let me know in the comments. If I’ve already mentioned it above, then send me a link to an article or website that you think will help with the analysis.

14 responses to “Business Musings: The Year in Review Part 1: Overview”