I read a lot in December because I switched my schedule around, and prioritized a few other things. (I’ll probably blog about that at some point.) Having effective glasses also helped, more than I expected.

I don’t have hardly any holiday stories to recommend because we set our deadlines for next year’s Holiday Spectacular in December. I’ve been reading a lot of great holiday stories, just not ones you’ll see for a while. If you want to see previous versions, pick up the individual anthologies or the big annual anthology (2022’s will appear in July).

I was still a sensitive soul when it came to other reading. Never did pick The Best American Essays back up. I found a lot of comfort in Annalee Newitz’s book (below) on lost cities, because it confirmed that humanity just continues. I guess I needed that. Tried to start a John Baxter book, but it felt familiar (not his fault) so clearly that wasn’t what I wanted to read.

There’s a lot of fiction here, and fun things to recommend. I hope you enjoy all of it. 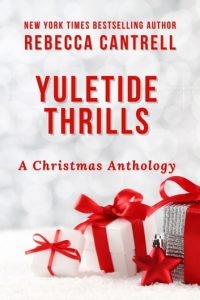 Cantrell, Rebecca, “Twinkle (A Joe Tesla Christmas), Yultide Thrills: A Christmas Anthology, 2023. I had a moment as I read this story. I love Rebecca Cantrell’s work, but she often violates my reader rules. I decided life’s too short to read about children or pets in jeopardy (and yes, I know. I’m a hypocrite. I put children and pets in jeopardy in my work). But for relaxation, I try to avoid those things. Rebecca has no qualms about threatening every living creature in one of her books, and sometimes she carries through with those threats. Writers, that adds to stakes.

So I started her collection of Christmas stories. I can relate to the introduction, but in it, she says the stories get progressively darker. Now realize I have not yet read her Joe Tesla novels. So I had no idea how those stories work. And what should happen right off the bat? A little girl appears with a kitten in her pocket. Now, if this were the Hannah Vogel series, I’d be super worried. Okay, I was super worried anyway. So I peeked at the ending, saw that I could tolerate it, and went back and read the entire heartwarming and remarkable tale. I loved it.

It was the only holiday story I read this year. The season, as I said above, got away from me. I didn’t even get to finish the collection. But I will. It’s on my next-year holiday pile. And I may even sneak it in earlier.

Clavería López, Raquel, “Valor social de la fotografia de guerra: Robert Capa en la Guerra civil española,” Documentacion del las Ciencias de la Informacion (Vol. 38), 2015. You knew this was going to happen, right? With all of the Spanish reading I did this past semester, you knew I had to recommend something. We did a paper in which we chose three articles or essays about a favorite topic. For me (author of “Gallery of His Dreams,”) that topic is war photography. The work of Robert Capa in the Spanish Civil War has always haunted me. I saw a display of his work in New York about twenty years ago, and read a short bio. Still, I managed to miss at least half of the images presented in this essay. Special bonus here is the analysis, some of which I didn’t know. Even if you don’t read Spanish, you might want to click on the link and look at some of the most startling photojournalism of the 20th Century.

Connelly, Michael, Desert Star, Little, Brown and Company, 2022. I can’t tell you what Connelly did in this book that is so very gutsy, but trust me, if you’ve read any Harry Bosch books, you’ll be stunned by this one. I certainly was. The book itself is compelling, the characterization and cases sterling as (almost) always. The book would have been strong even if Connelly hadn’t done the gutsy thing. Since he did, though, I really can’t tell you too much about the book. You’ll just have to read it. Only…don’t make it your first Bosch book. Read one of the others, then get to this one. You’ll be glad you did.

Hibberd, James, “Sylvester Stallone Gets Candid About Career, Regrets, Feuds: I Thought I Knew Everything,” The Hollywood Reporter, November 9, 2022. I have mixed feelings about Sylvester Stallone. Depending on when you talked to me in my life, I would tell you that I hated his work or reluctantly liked it or that some of it was a guilty pleasure. I veered from thinking he was admirable to thinking he was an asshole to landing somewhere in between.

But I can’t deny that he’s had a hell of a career. He does talk about it candidly in this article. There’s some news made here too, in his discussion of his Rocky contracts which sound absolutely hideous. So, no matter how you feel about Stallone, read the article and see how to have a very long career. That, at least, is something he has managed that many, many, many other artists in a variety of fields have not. There’s always something to learn from someone who has been around for decades. And you can find some of that here.

Mateos, Evelyn, “Mural Mission,” Las Vegas Weekly, October 6-12, 2022. I figured I would share something lovely. I know not all of you can travel to Las Vegas, but one of the coolest thing about the city in the past five years or so is the rise of street art. Murals are everywhere, mostly thanks to the Life is Beautiful festival in September. The rise of the murals has led to quite a following for some artists. Las Vegas Weekly profiled self-taught artist Juan Ochoa who has done some of my favorite murals in the city. The article is free. Take a look at his work, and read about how he taught himself. It’s fascinating. 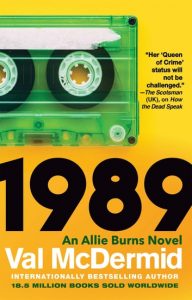 McDermid, Val, 1989, Atlantic Monthly Press, 2022. In some ways, knowing the events that Val McDermid is writing about both enhanced and diminished the story. I knew who she was talking about and what his death was actually like (even though she used a different name and different death). I also know how it feels to cover horrible stories, like the Lockerbie bombing. Everything rings true in this novel, even though it’s not much of a mystery. More an exploration of an era. As such, it’s brilliant and somewhat heartbreaking. At times, I found it slow going because I was not quite ready to go back to those years. Still, I can’t wait for the next book in the series. Methos, Victor, The Hallows, Thomas & Mercer, 2019. I have no idea what made me buy this book. It was on my TBR pile for four years. I finally picked it up because I was in the mood for a legal thriller.

It’s my kind of book. Lawyer, down on his luck, ends up at the hometown he fled and gets embroiled in a case that involves his past and everything else. The town, in Utah, is only an hour or so from Las Vegas (can you say St. George? I bet you can. No, wait! River Falls!), which made for some interesting reading, since Methos is familiar with both places. I know what dive bar he’s talking about in part of the book, on which street, as well as a few of the other shady places.

I loved the character and the book and the story, and wanted to buy more, but it looks like a one-off. Everything else appears to be kid-in-jeopardy or 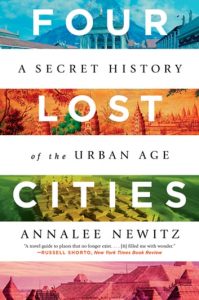 woman-dies-horribly standard thriller which is just not to my taste. Oh, and he’s published by Thomas & Mercer, which means that I can only give you the Amazon ebook link. I put the B&N paper link behind the cover art. But really, if you’re going to be traditionally published, go with someone who can get you out wide, not in only a handful of places. Finding the book info to share was highly annoying.

Newitz, Annalee, Four Lost Cities: A Secret History of the Urban Age, Norton, 2021. I loved this book. I have marked several pages for ideas and just great insights. Annalee Newitz examines four cities that morphed into something else, although the Victorians liked to 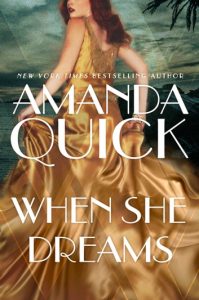 call them “lost.” The book is quite personal, discussing times that Newitz themself went to dig sites or talked with experts. But the information here is wonderful as well. I learned quite a few things about Pompeii that I hadn’t known, and finally had a chance to read about the culture in the American Midwest that built mounds in St. Louis (and all along the Mississippi). I went to Beloit College my first year, and it was built on some ancient mounds. That always bothered me; I felt like (in those dark days) the college did not respect those mounds. I haven’t been back in more than 40 years, so I have no idea if that has changed.

I found this book uplifting and fascinating and, as a popular history, quite easy to read. Even though this isn’t my usual area of nonfiction, I never felt talked down to or felt like Newitz overexplained. I highly recommend this book. It’s fascinating.

Quick, Amanda, When She Dreams, Berkeley, 2022. I’ll be honest: I didn’t like this book as much as I’ve liked others in the series. But this is comparing Amanda Quick to Amanda Quick, and in all cases with this series, I’ve read the books rapidly and enjoyed them a lot. This one is about mistaken identities (always a favorite of mine) and murder in a 1930s movie kinda way. I think that’s what I like the most about this series. Quick captures the feel of the old 1930s movies and does it perfectly.

A great diversion for a winter night.