BenBella Books is doing a new promotion for its volume on 24. I have an article in this that’s rather timely–an examination of 24’s African American presidents. BenBella’s Smart Pop books are always a lot of fun. This one is quite interesting. Take a look! 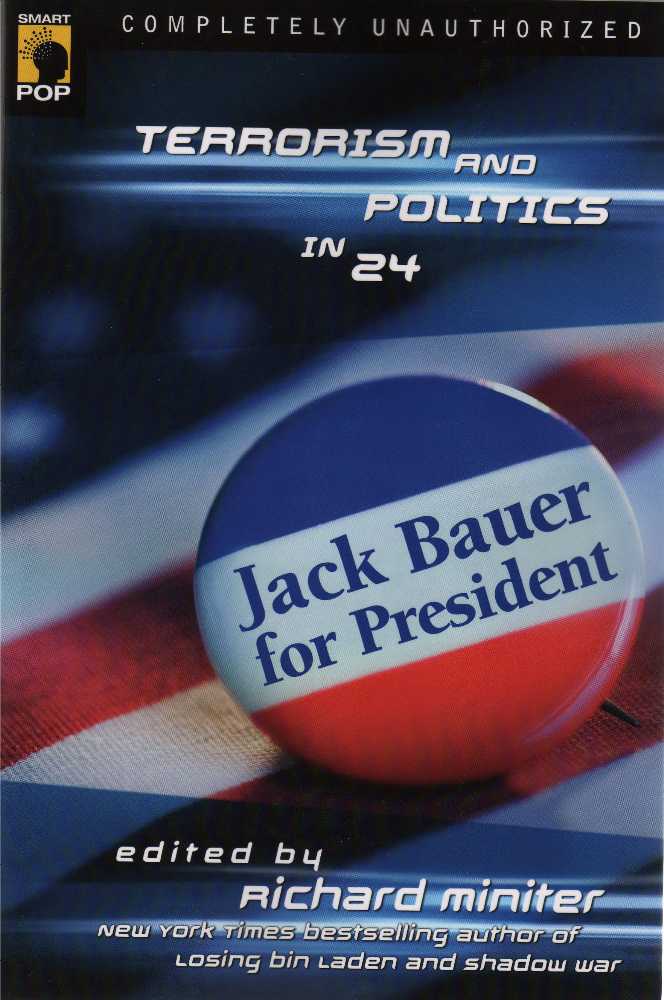 Jack Bauer for President: Terrorism and Politics in 24
Edited by Richard Miniter

24 premiered only two months after the terrorist attacks on 9/11, and in the six years since has been television’s most gripping, dramatic representation of the War on Terror.

But how realistic is 24’s depiction of terrorists and the people whose work it is to stop them? What does 24 really have to say about America’s fight against terrorism? Jack Bauer for President looks at the way Jack Bauer has infiltrated our national awareness, and how 24 reflects, distorts, and comments upon our modern political landscape.

Some of what you’ll find in Jack Bauer for President:

Psychologist Christopher Patrick gives the psychological evidence that torture is never the answer; after spending time in an interrogation room in Iraq, journalist Eli Lake isn’t sure he agrees. Civil liberties lawyer Alan Dershowitz presents the complexity of the political side of the national debate on torture, whether it works or not.

And Steven Rubio asks whether a liberal can love 24, and forwards that the answer lies not in the show’s political message, but in how well it succeeds as a drama, while Aaron Nelson suggests that 24’s appeal is not the specific political message, but rather the important it gives to the terrorism debate as a whole.