Get Your Copy of The New Fey Book Now!

Get Your Copy of The New Fey Book Now! 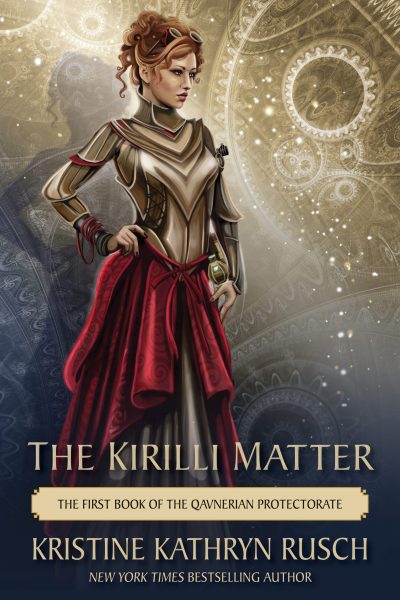 The Kickstarter on The Kirilli Matter, the first new book of the Fey in 22 years, went live a few minutes ago.

Officially, The Kirilli Matter will be published in February, but you can get an early copy (and lots of other goodies) by backing the Kickstarter. This is a short Kickstarter, so you only have ten days.

I’m very excited about this book. It took a lot of push from all you readers, but I finally got back into the world of the Fey. I am excited to be there, and even more excited to share this book with you.

The First Book of the Qavnerian Protectorate

When the investigation of a brutal murder scene points to terrifying suspects, Augusta Kirilli must find a way to protect her family’s secrets—secrets so long buried, she must discover their meaning or risk her own destruction. Set in the world of The Fey and masterfully blending fantasy and steampunk elements, Kristine Kathryn Rusch’s Qavnerian Protectorate saga adds rich new dimension to this powerfully written series.

From its shocking opening to the deepening mystery at its conclusion, this groundbreaking novel takes epic fantasy in a whole new direction and proves Rusch’s place as the greatest storyteller of our time.

I hope you investigate the Kickstarter. There’s lots to appeal to previous readers and brand-new readers. Enjoy!