Who knew that a chair could be so important? My best reading chair is in my writing office, but I have a strict rule: I cannot read any fiction but my own in that office. I learned the hard way that if I read other people’s fiction in my office, I never get any writing done.

The reading chair we had in the living room was a reading couch. Over the years, as it settled and cats claimed it for their own, it got more and more uncomfortable. When I was teaching the mystery workshop this month, my back started to give out while reading. On that couch. So we bought a new recliner from the same place we bought my lovely chair (also a recliner) years ago. They no longer make my favorite chair. The new one is bigger and made of some kind of really nifty poofy material. Dean’s big white cat Walter has already claimed the chair as his own—when I’m not in it, that is. I read everything for the second part of the mystery workshop in that chair and then, the day after the workshop, read an entire novel while parked there. I suspect my leisure reading will increase. Because of the chair.

Read lots and lots of fun romance, much of which was so ridiculous that I had trouble suspending my disbelief for the chapter, let alone the novel. And then there was the book I was going to recommend until our hero, an English Lord turned pirate (I kid you not) stopped the British slave trade single-handedly. Okay, I like my fantasies as much as the next person, but no. Not that fantastic. Not for me.

This month, I also read a gigantic tome from one of my favorite authors. I love his writing and will read most anything he writes. I realized, as I read this one, that we’re very different writers. I’m interested in survival, yes, but also in the aftermath of survival. He, on the other hand, wants to know how people live in severe situations. When the situation ends, he pretty much kills everyone off and then never tells us what happens to the survivors. This isn’t his entire oeuvre, of course, because if it were, I wouldn’t read his work no matter how good. But every now and then, there’s this kind of book. I skimmed the last 150 pages just because I no longer cared about the characters and I wanted to know how everyone escaped. (Most people—including children & dogs—didn’t.) I won’t be recommending the book.

Finally finished the big crunch of Fiction River reading this month. We had to get the first several issues done so that we would be on a schedule that would allow the later anthologies to get reviewed. So I read everything in 1-5 plus the crime volume in the last four months. Good anthologies all. Now we’ll be at a slower pace, and it won’t interfere with my regular reading.

And I taught the mystery workshop, and read (according to one student’s estimate) about 300,000 words of mystery fiction either in proposal form or in the form of actual stories. You’ll see those in several volumes of upcoming Fiction River issues—and probably in lots of upcoming novel publications. Great stuff. 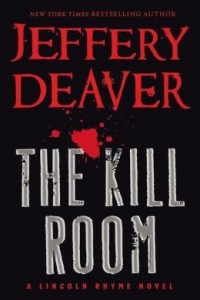 Bowden, Mark, “The Body in Room 348,” Vanity Fair, May 2013. A fascinating true crime locked room mystery about a man who died while watching a movie in his hotel room. The coroner thought it was natural causes, but others didn’t think so. What caused the man to die? This is how one man figured it all out.

Deaver, Jeffrey, The Kill Room, Grand Central, 2013. Jeffrey Deaver is one of my favorite writers. He actually writes a combination detective story/puzzle story when he writes a Lincoln Rhyme novel, which The Kill Room  is. But Deaver plays fair. He puts all the clues in a list format at the end of every section (or so) mimicking the case board in Rhyme’s townhouse. Nothing gets hidden from the reader. Nothing. And still, Deaver manages to surprise. I caught half the “hidden” clues, but missed the biggies. And his structure is marvelous.

Okay. I’ll stop the writer geekiness and get to the reader geekiness. I read this book fast. It’s a top-notch Deaver, which is saying something, and it takes us to places we, and Rhyme, have not been before. I’m not sure if this is the place to start the Lincoln Rhyme series, but for the fans, it’s an excellent way to spend an afternoon.

Denk, Jeremy, “Every Good Boy Does Fine: A Life In Piano Lessons,” The New Yorker, April 8, 2013. I think every writer should read this essay. It’s about learning craft and then becoming an artist. How good teachers can become bad teachers without changing, as the student grows and learns. How the student can take lessons and make them his own. Most importantly, he deals with perfection and how it can ruin an artist’s career. Any artist—from a visual artist to a pianist to a fiction writer.

I can’t say enough about this piece except that you need to read it. Now. 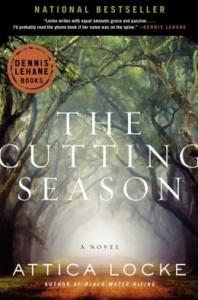 saved it because I knew I couldn’t read it while I was working on something as dark as the upcoming Smokey Dalton novel, Street Justice. I finished Street Justice at the end of May, then grabbed The Cutting Season  and settled in.

Unlike Black Water Rising (set in 1980), The Cutting Season is set now. Caren Gray manages a plantation in Louisiana, which causes her no end of discomfort. She’s black, and her ancestors were slaves on the plantation. New owners came in during Reconstruction and her freed ancestors worked the land. She tried to leave, but a divorce and a job offer she couldn’t refuse brought her back. She’s raising her daughter in the same place she was raised. She runs the historic tours and keeps the house functioning—which is a lot of work.

The book opens as a body gets discovered near the slave cabins. The death, clearly a murder, might have taken place elsewhere on the property. Gray deals with the police, with the owners’ difficulties, and with her own young daughter, who might have seen something the night of the killing.

Suspenseful, terrifying, and fascinating, The Cutting Season is impossible to put down. It also walks that knife’s edge of discomfort built into the American psyche about what so many have called America’s original sin—slavery and race. Fantastic book. I can’t recommend it highly enough.