The Black King Now in E-Book

The Black King Now in E-Book 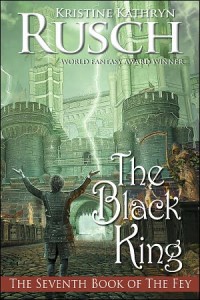 It’s taking longer than expected to get all of the Fey books properly reissued. That’s partly because I wrote very long books, and partly because WMG is balancing the reissues with other projects. Apparently there are only so many hours in the day.  🙂

Of course, I have noticed this when it comes to my own writing schedule. I’m working on several projects at once, including the next book in the Fey series. I am hoping that my work on that book, tentatively the first in the Place of Power sequence, will conclude by the middle of 2013, which will put the book in your hands in 2014.

In the meantime, WMG will focus on putting all of the Fey into trade paper in the first few months of 2013. Audible.com will put the Black Queen and Black King in audio in 2013 as well.

To hold you until then, The Black King in e-book format, with the spectacular Dirk Berger cover. By now, the ebook should have arrived in all e-bookstores. You can download your copy on Kindle, Nook, Smashwords, or in whatever e-bookstore you prefer. Enjoy!

4 responses to “The Black King Now in E-Book”