I’ve now read two books in a row in which our female protagonist wanders into a graveyard in the middle of the night in the pouring rain despite no-trespassing signs, forgets her phone (or leaves it charging) in the car, and gets attacked by the bad guy, all the while worrying about ruining her very expensive clothing. And these books were written by women. Neither of these books are humor. Both are mystery novels. To my credit, I did not bang my head against a nearby table. Although I was tempted. I am really, really getting tired of stupidity as a plot point. Male characters are stupid too, but they’re usually not stupid and worrying about their clothing. [sigh] Onward.

I also read a lot of short stories online, many published in anticipating of some big traditional publishing release. Sadly, most were barely a diversion. A lot of these big authors aren’t that adept at writing short. One was quite inadvertently funny because the author decided to show us the adult character (whom I like) as a teenager. Unfortunately, the teenager was exactly the same in all ways as the forty-something adult character. It would have been nice to read the same piece as, say, a time-travel story, but it wasn’t. So I was chuckling when I shouldn’t have been.

As you can tell from above, most of my reading in August was fairly mediocre. Books and stories by writers I like, but books that did nothing much for me in the end, certainly not enough to recommend. I was also doing a lot of editing and outside reading, things that you’ll see either in Fiction River or in other projects.

I did love the books below. They were fascinating. Some good articles and stories as well. 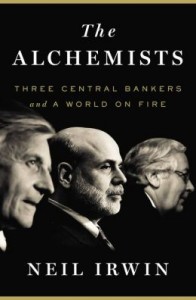 Etter, Nicole Sweeney, “The Planet Hunter,” On Wisconsin, Summer 2013. This article, about an offbeat astronomer—and no, I’m not being redundant—is fascinating. It shows how science can be practiced outside of the traditional university/corporate/government settings. One of the most interesting pieces I’ve read this year.

Evans, William (as told to Nick Weldon), “One Hell of A Week,” Runner’s World, July 2013. The July issue of Runner’s World is hard to read but worthwhile all the same. It focuses on the Boston Marathon, from the point of view of everyone from the spectators to the participants to the injured to the families—well, you get it. The most interesting piece for me was the article about William Evens, the Boston Police Superintendent, who ran the marathon and was home in the shower when the bombings happened. His week was amazing, difficult, and hard. Boy, am I glad that people like him do what they do. Read this, and then question whether you work hard. I’ll bet, in comparison, most of us don’t work hard at all.

Irwin, Neil, The Alchemists: Three Central Bankers and A World On Fire, The Penguin Press, 2013. I’ve been reading economics/history books for something I’m working on, and really, I didn’t expect to recommend any of them. But Irwin’s book is so clear, and so fascinating, that I had to bring it to your attention. He gives a concise history of central banking—its failures and its successes—and then brings us up to the modern crisis of the 21st century, and all the work three central bankers did: Ben Bernanke of the US, Mervyn King of the UK, and Jean-Claude Trichet of France. This is not a puff piece—Irwin’s not pro-central bankers or even these men. It’s analysis, history, and context. It’s easy to read and some chapters are exceptionally hard to put down. It’s designed to read in small bits—whatever interests you—but I’d suggest reading it all so you can see how one aspect of the financial side of the world works. Fascinating. 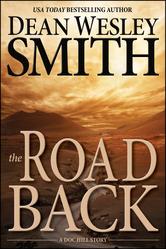 Patterson, Irette, Common Ground, Kindle edition, 2013. I read this story last summer and just fell in love with it. It sounds simple: two women shopping for a wedding dress. But it looks at an entire small world in that one action. Wonderful stuff.

Nevala-Lee, Alec, “The Whale God,” Analog, September 2013. Wonderful, wonderful sf (maybe slipstream) story set in Vietnam. The setting is beautifully realized, the characters strong, the story breathtaking, and the ending—wow. My only complaint with Analog is that it tells us nothing about the contributors, so I looked up Nevala-Lee and discovered I already owned his two novels. (I bought the second one, then realized I should read the first book, well, first.) I haven’t read them yet, but I will now. What an incredible story. Track this one down and enjoy.

Smith, Dean Wesley, “The Road Back,” Kobo edition, 2013. Dean has a thriller novel called Dead Money which will be published in November. Dead Money is marvelous, and I’ll blog about it when it comes out. But everyone who has read it—and a lot of people have, from major editors to presidents of publishing companies loved it. They couldn’t buy it because the book crossed too many genres, although one company president tried to establish a new line of books just to publish Dead Money. Finally, the book will appear so readers can get their hands on it.

As part of the promotion for this book, Kobo asked Dean to write a free story in the world of Dead Money. Dean wrote “The Road Back.” (He also wrote another for the upcoming Fiction River Special: Crime.) Much of “The Road Back” takes place in the desert, a place Dean knows well, and loves. Doc Hill agrees to find a missing college student and stumbles on something truly awful.

The story is tense, exciting, and impossible to put down. Right now, it’s free on Kobo (and will be published on other sites in a few months). Go, read it, enjoy. 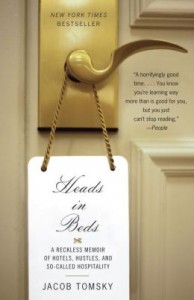 Tomskey, Jacob, Heads in Beds: A Reckless Memoir of Hotels, Hustles and So-Called Hospitality, Doubleday, 2012. I found this book at Powell’s and had to have it. Tomskey works in luxury hotels. He got his start in New Orleans and then by way of Europe migrated to New York. His stories make you rethink your behavior in hotels, and his tips will help you if you ever stay anywhere nice. (I had already learned most of this stuff through friends who worked in hotels or, sadly, by trial and error.)

Behind the scenes is a soap opera, of course, but the things these hotel employees put up with—well, we should all be ashamed of ourselves. What makes this book truly worthwhile is Tomskey’s sense of humor, his gift for scene-setting, and his ability to make even the smallest character (and I mean that in all senses of the word) come alive.

Buy this book. Laugh. Feel a bit guilty. Then be better the next time you go to a hotel.