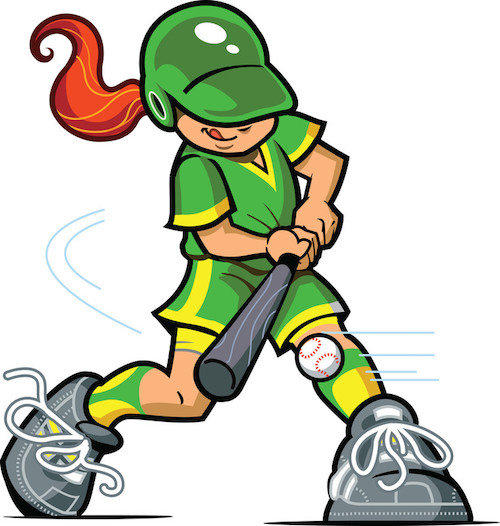 One September Saturday night, I went to see Sutton Foster at the Smith Center here in Las Vegas.  Most of you may know Sutton Foster from her TV roles, particularly in Younger (which I have not watched, because it’s about “publishing,” and TV’s idea of “publishing” always sets my teeth on edge). I’ve been following Sutton Foster’s career for at least 18 years now, mostly because I have a not-so-secret love of musical theater. One of the great perks of living in Las Vegas is that the venue that houses the touring musical theater performances is only a five minute walk from my home.

Foster performed in the Smith Center’s Cabaret Jazz Theater, a small venue that is actually designed to allow the cabaret experience—tables, drinks, snacks, and an intimate performance from (generally) a solo performer.

Foster is an engaging in-person performer, who can hold an audience in the palm of her hand. I saw the last of three shows that she performed that weekend, and as she segued into one of the songs from her current album release, she leaned back, and chuckled.

Then she turned to her pianist, Michael Rafter, the music director for her (and Bette Midler and, and, and…), and said, with a bit of surprise, “You know, I didn’t mention Younger at all yesterday.” It was clear, from what she was saying, that Younger wasn’t her priority. It was something she did, yes, and it made her famous, yes, but it wasn’t where her heart was.

Her heart was on that stage, singing standards and show tunes in front of a live audience.

I’ve been thinking about careers and passion a lot lately. Because Dean and I upended our lives in this move, we have the opportunity to start with a clean slate on many things. And naturally, that clean slate applies to the writing as well.

I’ve long told my writing students that there’s no point in entering this profession if you don’t enjoy writing. But writing can encompass many things, and often should. And, in any career, there’s a lot of stuff that you do that isn’t fun, but it is necessary. When I talk about writing from passion, I am fully aware that we writers can’t be excited about all aspects of our career all the time.

But we can be mindful of it. And mindful about what we want to do in our careers. I was raised in the era of curators. Judgmental ones, to be specific. Artists of all stripes were supposed to stay in their lane. Movie stars didn’t do television. TV stars could “transition” to movies, but not go back without being called failures.

Musicians were classical or they were “popular,” and woe to the musician who became both. When a musician who made a career at serious classical music suddenly had a million-selling album (it happened), the critics/curators/snobs all wondered what had been “wrong” with the previous work. Something clearly had, to appeal to those stinky masses of the unwashed.

Writers stayed in their genre or, worse, kept writing what they started writing from the very beginning. Over and over again, we were told that if we tried something new, we would harm our careers. Plus, we learned, there was a trajectory. Writers went from short stories to novels, novels to award-winning novels and/or bestsellers, but almost never back to short stories. And any writer who went to the wilds of Hollywood and screenwriting, well, they were done as serious artists.

It was unheard of to work in games or any other “non-serious” part of the profession. The rules were head-shaking, but as pervasive as air. And they went in deep.

I tend to prefer following the artists who seek challenges, and always have. Those artists continue to grow and surprise. Their work remains fresh and exciting.

What’s fascinating about them, though, is how often they fail. It’s safe to do the same thing over and over again, to be known for what you do and do well. A lot of artists of all stripes make sure they never cross those boundaries that either they or their career set for them.

Why do I say that “their career” set the boundary for them? Because artists can take off doing something on the side, something they hadn’t expected. And while their love might be…performing for a small intimate crowd in a tiny theater…they might have become famous for doing a TV show. It might be fun to continue to do TV. (It’s also lucrative.) A lot of artists would move to TV only, and abandon those small shows.

Recently, an interview with the actor Jeff Daniels caught my eye. He has done a series of different things in a career that has spanned 30 some years. He really caught my attention when, at the height of his career (as judged by outsiders), he moved back home to Michigan with his family. [link: ]. He wanted to raise his kids in an environment that he understood, one that wasn’t as crazy as Hollywood.

“Our quality of life came first,” he has said in interview after interview.

While there, he founded a theater company, and wrote 17 plays. He continued to work in film, mostly, and in TV, but clearly his heart is in theater. He’s returning to Broadway this fall in a show that I wish I could travel to see—To Kill a Mockingbird.

In September, he was up for two Emmy awards for his TV work (he won one of them), and so he did the rounds of interviews. About the roles he took, he said this:

It’s just validation that other people in your business can see the bag of tricks. They can also see the risk…I think that’s one of the reasons why I might’ve scored two of them. It’s that this guy took a risk in Godless and it paid off. Might not’ve. I might’ve been the worst thing in it. We could’ve swung and missed. But I didn’t, it worked.

I grew up with baseball on the radio, and clearly Daniels did too. That phrase “a swing an’ a miss” is one I can hear in my head in baseball announcer voice, because swings (at bat) and misses (at bat) happened all the time.

You have to try in order to succeed. Or fail. And it’s a heck of a lot more fun to try risky stuff than it is to do what you know how to do, over and over and over again.

I love another quote in that article about Daniels. The writer noted that Daniels, in his 2013 Emmy acceptance speech, recited a Landford Wilson line about art: “Make it matter, make it count.”

Daniels added this in the interview: “It’s a wonderful goal. It’s a great artistic goal.”

It is. He went on to discuss how art should reflect the culture, and have it be more than “popcorn.” But I think popcorn also has its place, and popcorn matters and counts too.

I still get inspired when I see women do things that they hadn’t been visible doing previously. From A League of Their Own to Hidden Figures, knowing and seeing people who were doing things even when it wasn’t being covered mattered. And I’m one of those women who sobbed her way through Wonder Woman.

Representation, in all forms of entertainment, matters.

You have no idea—and you’re not meant to.

The awards, the sales, those are perks.

The best part about being an artist is telling your stories. Telling them. As writers, we don’t see our audience, not like Sutton Foster saw hers that night. We put the stories out there, and we won’t know—we might never know—the impact those stories have.

And even if that bat swooshes past the ball, not making contact, sometimes the very act of swinging and missing is inspiring.

We just have to keep doing, keep writing, keep striving, with passion, from our hearts.

“Business Musings: Swing An’ A Miss,” copyright © 2018 by Kristine Kathryn Rusch. Image at the top of the blog copyright © Can Stock Photo / kennykiernan.

7 responses to “Business Musings: Swing An’ A Miss”