Okay, I’m not completely a slacker. But I’ve been slow in updating you on all that’s been going on. That’s partly because I’ve been writing a Diving Universe novel that kicked my butt all winter. I finished draft one yesterday.

Yes, I said Diving Universe. I started out writing a novella to explain something to myself, and ended up with at least 100,000 words. (That’s nowhere near a novella.) Except for one tiny sequence for the fans, there is nothing in this book that ties to Boss or Coop or the rest of them. I start that stuff as soon as I finish assembling this book, because I’ve finally explained to myself that something, which I have to be quite mysterious about.

Anyway, while I was lost in my own brain (it’s dark in there! And scary!), a lot happened. Some of which I mentioned. But let me catch you up on the rest of it. 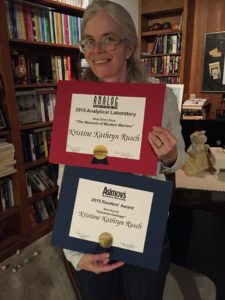 Me with the two award certificates

First, a big hardy thank you to all my readers. This year, you voted my novella, “Inhuman Garbage,” as the best novella in Asimov’s in 2015. You nominated my short story, “The First Step,” for the same award. And you voted my short story, “The Museum of Modern Warfare,” as the best short story in Analog. (Not to mention “Christmas Eve at the Exit” finished in fourth place for the Ellery Queen Readers Choice award.) Thank you, thank you, thank you!

P.S. you can read most of the nominated Asimov’s stories here for free. Oh, and Asimov’s also made me their featured author this month. Check out the essay I wrote for them on science fiction. 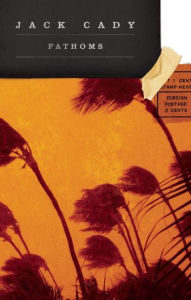 Second, a long overdue notice. Mark Teppo of Resurrection House asked me to write the introduction to a short story collection of Jack Cady’s. Mark and the Cady estate are bringing back all of Jack’s short fiction. The volume that I wrote the introduction for, Fathoms, includes Jack’s most famous novella, “The Night We Buried Road Dog,” which I bought when I was editor of The Magazine of Fantasy & Science Fiction. If you’ve never read “Road Dog” (as we used to call it), then you’re in for a treat. Find this volume and read it. You’ll see why Jack’s work will continue to live after him. 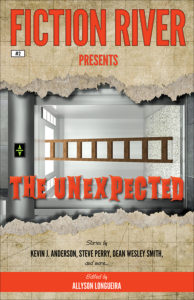 Speaking of reprints, my story “Earth Day,” just appeared in a delightful collection edited by Allyson Longueira. The Fiction River Presents line reprints Fiction River stories in a new and exciting way. Which makes the title of the second volume quite appropriate—The Unexpected. Two of my very favorite Fiction River stories appear in this volume as well, “Jelly’s Heroes” by Louisa Swann, and “Case Cracked” by Joe Cron. The other stories are a great deal of fun, but if you haven’t read those two, then you haven’t been reading Fiction River. 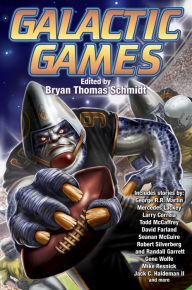 Want a new story? Then pick up a copy of Galactic Games, edited by Bryan Thomas Schmidt. The anthology includes all kinds of science fiction sports stories by such luminaries as George R.R. Martin, Mercedes Lackey, and Dean Wesley Smith. And me. I have no idea where “Petra and the Blue Goo” came from. I only know that I had a blast writing it. The anthology will hit print on June 7, but you can preorder now—and  you only have to wait a week!

Yeah, I’m working ahead, because, y’know. Might start a new butt-kicker of a novel next week. 🙂

Finally, those of you who aren’t reading my writers business blog might have missed this. I curated a writing bundle for Storybundle. I’m really proud of this one. It includes the classic writing book from Lawrence Block, as well as a whole bunch of business books. You’ll find wisdom from Gerald M. Weinberg, Mindy Klasky, Leah Cutter, Dean Wesley Smith, Joanna Penn, Tonya D. Price, and Cat Rambo. Oh, and my book How To Negotiate Anything. Plus, you can give money to the Pearl Foundation, a charity that specializes in scholarships for non-traditional students. You can get all the books in the bundle for as little as $15, which is a small price to pay for all that wisdom. Head on over now.

And thanks again. I simply don’t have the words for how honored I am. 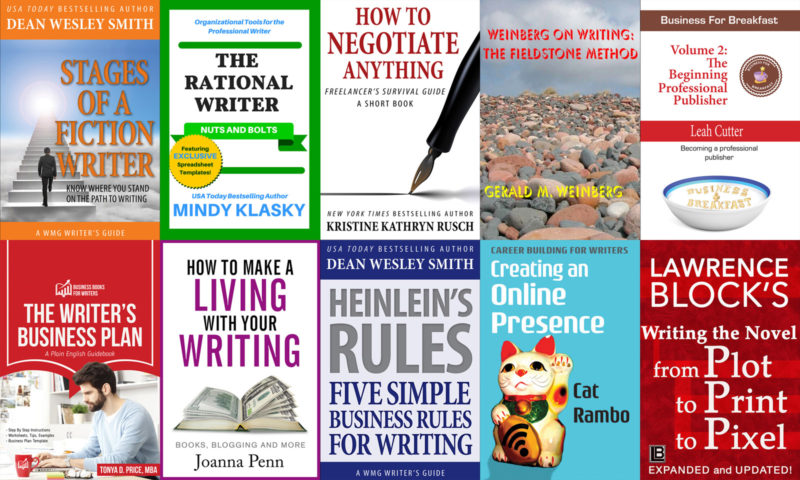