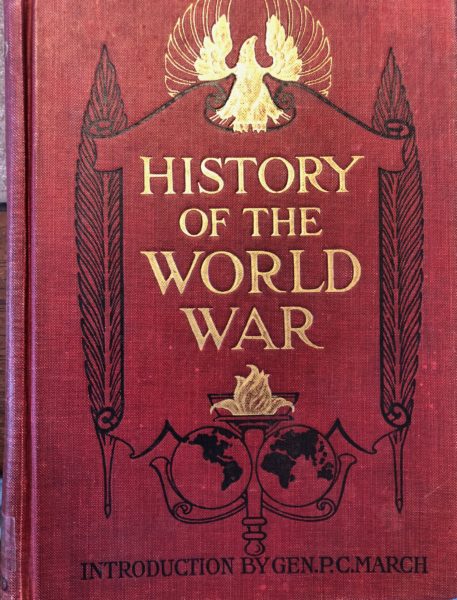 As of this writing (Saturday, March 10, 2018), I have a gigantic research library. I started it in the 1980s, and much of what I buy is impulse. In other words, I see a book and my creative brain says, Ooooooo, yes!, and I listen. I know that book in come in handy one day.

In 1986, I met Dean and we moved me from Wisconsin to Oregon. We drove across country in my Le Car, along with my futon, my computer, and my cat, Buglet. We shipped my books.

At that point, I had two floor-to-ceiling bookshelves of books, fiction and nonfiction. Mostly I traded away my fiction, so 90% of those books were nonfiction.

After we settled in Eugene, I acquired more books, many of them designed to give me overviews of various topics I was interested in. When we moved to Lincoln City in the mid-1990s, we got to know one of the local book dealers, who found us a treasure trove of old library books and one man’s lifelong nonfiction collection of history and biography.

Add to that decades of my own purchases, and I suddenly had a research library bigger than some small town libraries. Many of the books were if I ever need them types of books, not the kind that made my subconscious excited about a possible project.

So, as I mentioned last week, I’m moving again. We’re selling our 5,000 square foot house and downsizing (kinda), with a place in Lincoln City that’s small, and a place in Las Vegas that’s about 2,000 square feet.

Because my health issues will keep me in Vegas more than I’ll be in Lincoln City, the research library will move with me. But I have to commit to the books—which ones make my creative brain excited and which ones are just cool? Which ones can be jettisoned as irrelevant and which ones can go to one of our three stores?

I’m sorting, sorting, sorting. Every time I take a break, I’m digging through dusty old books and brand-new purchases, putting them in the proper order so that they’ll go down in a moving van this time (because shipping would be prohibitive).

I’m finding fascinating things. Books that I really cared about because the information was impossible to find when I bought the book now go into the sell it pile. Most of them are mini-encyclopedias on a single city or a single topic; some are “important” quotes (which have no women or people of color quoted, because the books were published before 1985 and the curators didn’t think most people had anything important to say, apparently); and a few are just not interesting to me. I’ll never write a book on those topics, so bye-bye research volume.

The encyclopedias and compilations existed because when I started the library, the internet was not A Thing. Now, it’s easier to find that sort of thing online.

Although one part of my research library that I’m keeping are printouts, done years and years ago, after I chased down truly esoteric items on the internet. For example, for a Smokey Dalton book, I wanted to know what the daily TV sign-in was in 1970 for WMAQ in Chicago. I found it, after lots and lots and lots of searching, and printed up the information…in 2013. I have no idea if that site still exists. That’s three computers and a zillion bookmarks ago. But I have it in the paper library if I need it, and that stapled pile of paper will go with me to Las Vegas.

I’m getting rid of a different subset of books, however, ones I never thought I would get rid of. Some political analysis books from the 1980s and 1990s that are so wrong (in hindsight) they’re ridiculous. I have science books like that too, and again, I can find out how the thinking changed by searching the internet—faster and more conveniently.

I’m finding some gems, though. Things that I will never use, but someone might. My favorite is the one pictured above.

A History of The World War: An Authentic Narrative of The World’s Greatest War by Frances A. March, Ph.D., copyright 1919.

Yep, 1919. I love the title. Such optimism. The World War. Only one, because in theory, it was the war to end all wars. (That worked.) It’s a fascinating books, with tipped-in photographs. (If you’re interested, contact Pop Culture Collectables, not me.)

But the book is just a curiosity now, and in my ruthless stage, I no longer have room for curiosities.

As I’ve been sorting, though, I’m watching times and tastes change (just in cover design alone—look at that one, above). I’m also realizing that some books truly are produce, particularly in nonfiction. The purpose of some of these books was to sway public opinion on topics that no one cares about any more.

Other books have so much misinformation, by modern standards, that they’re useless (see the science books, particularly books on physics). And some of the books are so atrociously offensive that I’m holding them with two fingers while moving them to their respective piles—particularly nostalgia books on “The Old South,” which I thought I had cleared out of the libraries we bought, but apparently I missed some. I don’t need nostalgia for the Confederacy and White Supremacy, thank you ever so much. Ick, pew, yuck.

The other thing I realized as I’m sorting through my books is that most of them are not only out of print in paper, they do not exist online either. A few (relatively speaking) were scanned in one of the many scan-paper-books projects, but most are simply not worth reviving, except for some researcher like me. I doubt I have the only copy, but I have one of the few copies.

These books are, for all intents and purposes, gone from the cultural zeitgeist. Some of them should be banished (like the Old South crap), but many of them have some important history or stories to tell. First-person accounts of World War II for example. I have six Ernie Pyle books, only one of which is available as an ebook from somewhere called Deluge House. (God knows what that is.) You can get a lot of biographies of Pyle online, as well as some incidents from his life molded into other stories (one about John Huston and Pyle, for example), but not the Pyle books themselves.

And who was Pyle? He was one of the best, if not the best, U.S. war correspondents. He died during the war, and I have no idea what condition his estate was in then or is in now. His books are incredibly readable and filled with period detail that can help writers make their fiction seem real. But even if I didn’t keep the Pyle books for research, I’d keep them because they’re so dang readable.

As I moved some of the encyclopedia books to the sell it pile, I found sticky notes still attached to certain pages, so that I could easily find something again. I remember going through those books page by page, trying to confirm something I thought I knew or being convinced that someone had to care enough to put that information somewhere. (Usually not.)

Now, I can search the internet, and not only find something so esoteric as the TV channel morning sign-in for 1970 from one TV station in Chicago, I can listen to the sign-in too, because someone somewhere found a reel-to-reel tape of it and decided to put it all online.

It’s amazing how much the world of researching has changed in the past 25 years, and how beneficial it is to someone like me. I don’t necessarily want to do a deep dive into a topic like Chicago TV history. I want to Google whatever it is I’m looking for, something I want to add for authenticity or period detail to the book/story that I’m writing, and then I want to get back to creating the story itself.

It’s been a nice little visit to the past, nostalgic for me, but not in a good way. It’s amazing how many books I’m willing to part with now, books I clung to before the widespread availability of information, books I paid to ship to Oregon when I barely had two dimes to rub together.

And what’s really cool? Those books will continue to have another life. The stores, which remain physically in Lincoln City, will sell those books—mostly on that same internet that displaced them. And they’ll go to someone who cares about them as much as I care about the Ernie Pyle books.

We live in the future, but it’s normal now. It’s our present. It’s just really cool sometimes to realize how different the world was, as recently as my last cross-country move.

As you can tell, I’m a bit distracted at the moment. I’ll be back to blogging on current topics soon. But I’m organizing and uploading and moving and in transit right now. So, if you need something from me, please wait until April. Thanks!

26 responses to “Business Musings: Research, The Internet, and Dated Books”