Business Musings: Things I Learned From My Readers

Business Musings: Things I Learned From My Readers 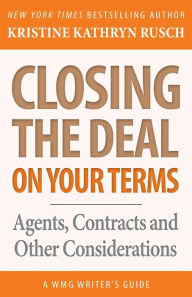 I wrote this post piecemeal as I compiled the contracts blog posts into the book Closing The Deal…On Your Terms. As a result, this post is a bit disjointed and somewhat short.

My method, in compiling the book, was to read through the comments, my emails, and some of the commentary online, to make sure that no mistakes knowingly went into the book. (I’m sure there are some ones based on my ignorance.)

What happened as I wrote each blog post was that a number of you would chime in, either with your expertise, or to ask more questions. While compiling the book, I realized that I needed to call special attention to what I was finding.

Before we get into the meat of this post, though, let me discuss the book itself. It’s in a different order than the blog posts. For example, on the blog, the first post on the non-compete clause went live on May 18. Because of participation from a number of lawyers and writers, I had a second post on the non-compete clause on June 8. There were two posts on other topics in between.

You can still read the book online, but realize that it’s not as comprehensive as it is in book form. To see the online table of contents, click here.

The reason I’m posting this blog today is pretty simple: the trade paper edition of Closing The Deal went live this week. It may not yet be in your bookstore, but by December 1, your favorite retailer should be able to order the paper edition.

The ebook edition has been available for about a month now. You can get it online at your favorite retailer. Or you can go to Storybundle where you can get Closing The Deal along with ten other writing books by Bob Mayer, James A. Owen, Jody Lynn Nye and Bill Fawcett, M.L. Buchman, Dean Wesley Smith, J. Daniel Sawyer, Pam McCutcheon and Michael Waite, Eric Maisel, Jude Wilhoff, and Mike Resnick for as little as $15 for the whole shebang. You’ll also get a discount on Jutoh and at the Writer’s Café. And, you can donate to the charity Be A Santa at the same time.

Storybundle has some kind of system for gift-giving. Even though the bundle ends on December 22, the gift’s recipient can still download the bundle over the holiday, just in time for the new year.

Yeah, some shameless self-promotion here. But good deals for writers, so go for it.

The title of this blog is things I learned from my readers. (Besides how to shamelessly self-promote, which I’m told I should do more of, but which my Midwestern self cringes at, almost daily.) The pieces below link to comments or websites.

But the main thing I learned from you folks over the course of writing the contract series is this: Not only do you pay attention, but you use this information. Almost daily now, I get letters from a writer who used some piece of the contracts blog to negotiate a better deal or to get their rights reverted or to handle a foreign rights contract.

I get emails from people who don’t comment on the blog. They tell me their success stories, which lift me up for the day (and sometimes for the week). If these writers have questions, they already tell me what they’ve done from the book, so I don’t have to start with, Well, have you read the contract or are you just going on your agent’s advice?

Usually the writer has tried everything listed in the book and then has encountered a new wrinkle. Sometimes that wrinkle is new to me too, and I have to consult with an expert or, often, I send the writer to a literary lawyer.

The writers then report back, and I learn something as well.

I still get contracts and terms of service. Some are just as bad as expected, and some are worse. (Sigh.)

What amazes me, though, is how many of you have gotten your rights back by threatening some form of audit. Or simply mentioning that you’ve encountered some curious financial dealings on the part of your really large publisher. The publisher will often toss the books back at the writer, instead of suffering through some forensic accountant pawing through the records.

Nope, that’s not suspicious behavior. Not at all.

You folks helped this book grow from the 20,000 words in its first incarnation (the now out-of-print Dealbreakers 2013) to triple that in its second. I could not have done it without you.

And I greatly appreciate all that you’ve shared.

So, for those of you who haven’t seen the book yet, or haven’t read the comments on the blog, here are some of the things my readers shared over the past several months.

Oral agreements are binding in the UK and in Denmark.

For Canadians who want to learn something about their country’s copyright laws, try this website courtesy of Frank Rocca (who writes as Frank Rockland).

Regarding non-compete clauses, as mentioned in An Important Notice on Non-Compete Clause (6/8/16):

Lawyers weighed in strongly on the subject of non-competes. But one reader, a non-lawyer, brought up an organization that might help writers: Volunteer Lawyers for the Arts operates in many states. Here’s a link to their Massachusetts branch. You might find one in your state.

While working on the post Sneaky Money Grabs (6/1/16), I asked for Nate Hoffelder’s help finding some contracts and he told me about the internet archive (aka the wayback machine). I think I had heard about it before, but I hadn’t used it. You can find snapshots of almost any website since the dawn of websites at web.archive.org.

In the discussion of wills after Prince’s untimely death in Prince, Estates, and the Future (4/27/16), Elise M. Stone reminded me that Neil Gaiman had posted a sample will for intellectual property on his website.  Another writer noted that Neil’s will, as written, cancels out any will you might have for other stuff, so use Neil’s will as a codicil or, better, use it as a starting point for a will that you draw up with an attorney who understands local estate laws.

From the comments in How To Hire A Lawyer (8/24/16), Robin Roberts cautions us all to make sure that the first consult with the attorney is free (or not), rather than just assuming. It’s always better to be on the same page as the lawyer from the start. Also, she adds one of her pet peeves:

Client gives me a contract and says “Just tell me whether I should sign it or not.” I don’t do that except in exceptional cases like the one you refer to. I don’t think its my job to make business decisions for the client. It’s my job to give the client the information needed to make a good decision.

In the comments about A Real Book Contract (8/31/16), in which I discussed Hachette’s suit against Seth Grahame-Smith, Rick Boatright provided a resource that I, a non-lawyer, knew nothing about. PacerMonitor.

Here’s how it describes itself:

PacerMonitor is the best way to track your Federal District and Bankruptcy Court cases and conduct legal and financial research.

It had up-to-date news on the Grahame-Smith case which is…the suite was settled, and dismissed. The information on how the case got settled is private, between the two parties to the case, so I have no idea how the case was settled and what the terms were, but clearly some negotiation occurred, which is precisely what Hachette wanted.

Again, thank you all for your help on this project. I couldn’t have done it without you. I learn just as much as you do (if not more) as I write these blogs—and most of that learning comes from you readers.

Next week, I’ll move onto some other new things I’ve learned. Plus, you have all had some great suggestions in the past few weeks as I blogged about planning the year ahead. I have a few more thoughts to add to that as well.

“Business Musings: Things I Learned From My Readers,” copyright © 2016 by Kristine Kathryn Rusch.

8 responses to “Business Musings: Things I Learned From My Readers”